Outbreak Fest have announced their 10 year Anniversary weekend which will take place in their new home of the Bowlers Exhibition Centre, Manchester on 25th / 26th / 27th June 2021.

The first headliner for 2021 will be Knocked Loose, a band who have a reputation for being one of the best live bands in hardcore from fans & media alike will make heir debut at Outbreak and will see them headlining Friday 25th June.

“We are excited to be a part of the Outbreak Fest line up. I’ve watched tons of videos from this fest and I’m stoked to experience it first hand.” says singer Bryan Garris.

The full lineup announced so far reads as follows:

“Our aim was always to put something together to really show the diversity within the hardcore punk community. This is a festival for everyone, a place where people can feel welcomed, allowed to express themselves however they want, meet like minded people and above all have fun. This was our goal from the start and 10 years on we are still living by this.”

The new home in Manchester will not only mean a bigger capacity, but other exciting elements that are to be announced over the coming months. 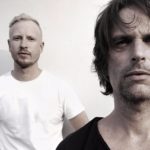