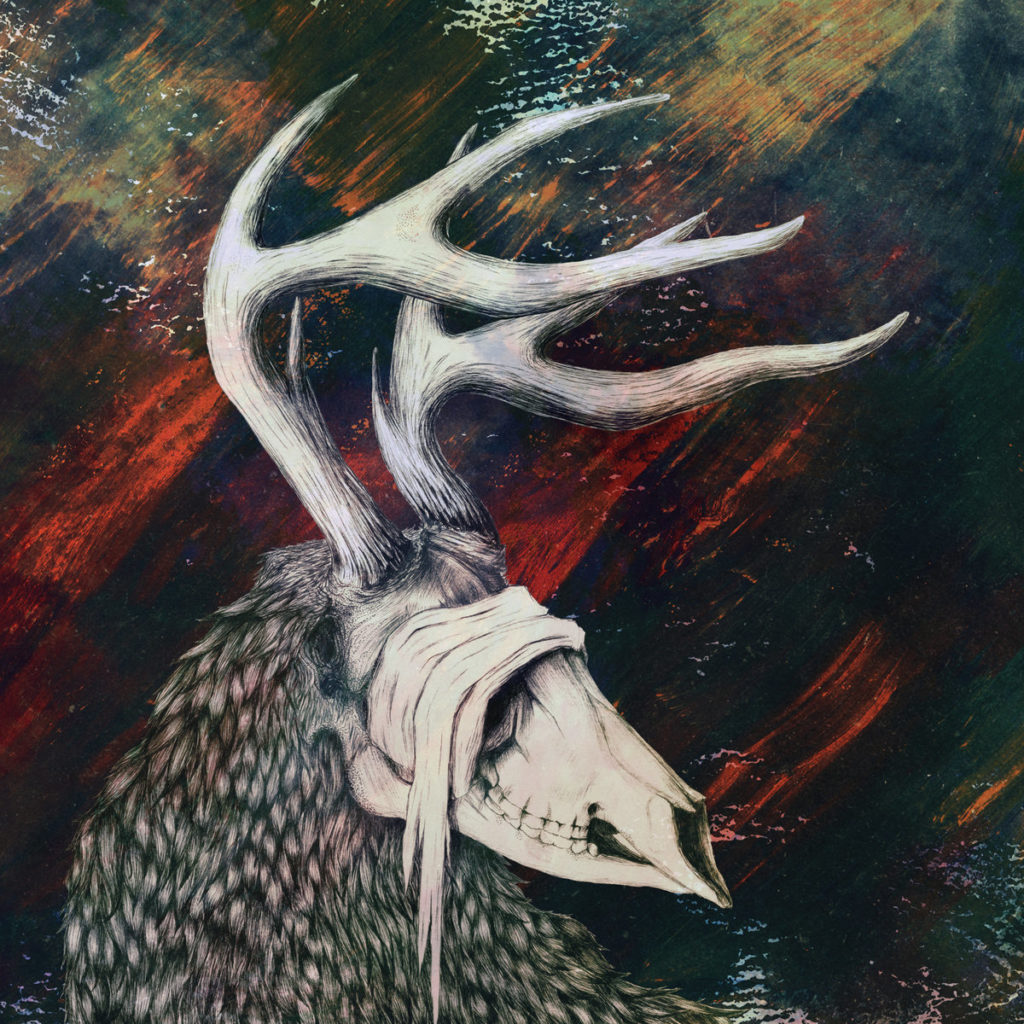 Music is the most immediately emotive form of art. Listeners can hear a single note of a favourite song and burst into tears, feel chills, or bounce around for sheer joy. British post-hardcore group, Svalbard concentrate this notion on their latest album, When I Die, Will I Get Better?.

Established fans will know well the band’s capacity to lay bare their emotions. Their sophomore album, 2018’s It’s Hard to Have Hope, was fuelled by fury and venom, all targeted at facets of modern society that thoroughly deserve it. The blackgaze/hardcore mix that Svalbard do so well – tremolo-picked guitars soaked in reverb, punishing drums, and Serena Cherry’s furious howls – served to make that album a calling card of righteous anger. When I Die, Will I Get Better? consolidates and improves that sound, bringing even more ire to the fore, as well as exploring more fragile emotions like depression. They even experiment with clean vocals which add a cathartic layer of beauty and hopefulness to a recording that can, at times, feel bleakly hopeless to the listener.

One of the biggest themes on the album is depression and the all-encompassing black clouds that come with it. The trio of songs “Throw Your Heart Away,” “Listen to Someone,” and “Silent Restraint” all deal with these themes in different ways, simultaneously expressing the oppressively black moods of depression and the helpless, impotent anger of its sufferers (like myself). There’s no pompous purple prose to the lyrics that Cherry writes on the subject. “Throw Your Heart Away” is a bleak examination of the forlorn moods, with its refrain of “I dive headfirst/into pitch black skies/with reckless abandon/and weary battle cries” one of the most succinct summaries of the trudging weariness that comes with tackling one’s depression.

“Listen to Someone” is a passionate exhortation to actively listen to those friends and relations who come to you with their problems: “Don’t tell me it’s okay to not be okay/then wince at everything I say/Don’t act like a confidant/if you’re just going to get impatient/and make patronising suggestions.” Lastly, “Silent Restraint” is the screaming howl of impotent, internalized anger: “I remain trapped/with the monsters in my brain/Please someone break through this silent restraint/Wish I could write from the heart/and tell you what’s wrong.” As noted in interviews with Metal Hammer and Kerrang!, these lyrics come from a place of compassion and empathy – Cherry herself has struggled with depression, which ultimately influenced the composition of the album itself. The anger that powers the lyrics is a compassionate one, offering comfort to any listeners who may be in the same boat.

But it’s not just mental health that Cherry discusses with her trademark frankness. Album opener and lead single “Open Wound” examines the complexities and horrors of life in an abusive relationship: “Once again, the ache returns/Of precarious devotion/every moment leaden… this hurts too much to be love.” Elsewhere, she takes aim at sexism in its various ugly guises. Women are very much objectified and fetishized in modern society, their appearances controlled to the nth degree and weaponized against them in cases of sexual assault, as detailed in “What Was She Wearing.” It opens with clean vocals and crystalline guitars, evoking an almost dream-like state before the furious guitars kick in, courtesy of both Cherry and bandmate Liam Phelan. As guitarists, their best moment comes on the following song, a tirade against objectification entitled “The Currency of Beauty.” Their phenomenal playing underpins the bluntest lyrics on the album: “WE DO NOT WANT TO BE OBJECTIFIED… stop fucking rating us/stop fucking hating us/this is not a fucking pageant/and it isn’t a compliment/to receive such shallow judgement.”

Those are the lyrics, but what about the music? Svalbard’s sound is a mix of blackgaze and hardcore. It’s like Rolo Tomassi and Alcest enjoying a jam session together. The reverb that drenches Cherry and Phelan’s guitars gives a really beautiful atmosphere to music that is otherwise excoriating in its fury – a suitable foundation for the rightfully-venomous lyrics. The powerful drumming of Mark Lilley grounds everything, the force with which he attacks his kit almost painful to hear. Bassist Alex Heffernan does, unfortunately, get lost somewhat in the mix, but this is a small gripe in light of the excellent musicianship on display. The shoegaze-y atmospherics and occasional clean vocals serve to not only make this album feel more accessible to casual listeners who might have been put off by the sonic attack of the previous album, but also to demonstrate an assured evolution of the harsh sound exhibited so well on It’s Hard to Have Hope. Musically, if not lyrically, Svalbard gives listeners not so much a light at the end of the tunnel, but rather one that serves to illuminate a path through the darkness.

It is hard to have hope at the moment. But on When I Die, Will I Get Better?, Svalbard offers fans new and old some hope that things will get better. Presenting lyrics that are equal parts compassion and fury, and music as beautiful as it is harsh, it’s undoubtedly the best album of their career so far.

When I Die, Will I Get Better? Track Listing:

1. Open Wound
2. Click Bait
3. Throw Your Heart Away
4. Listen To Someone
5. Silent Restraint
6. What Was She Wearing
7. The Currency of Beauty
8. Pearlescent