She may be named Cami Scoundrel, but there’s nothing dishonest or unscrupulous about this spirited young artist. The Cape Town-based Scoundrel has dropped her brand new music video for “Just Kissing,” a tender and loving representation of two people who are unquestionably in love. Filmed in Kommetjie, a small town near Cape Town, the video exemplifies everything that the song is about.

The track is lifted from the artist’s recently released new studio album, Those Days, her sophomore full-length and the long-awaited follow up to 2014’s Beer and Anarchy. The writing and recording of Those Days came after a two year sabbatical for Scoundrel and sees her sounding as fresh and invigorated as ever, backed up by her new band, collectively known as The Feminists.

In discussing the video clip for “Just Kissing,” Scoundrel shares the origins of the song and the challenges of shooting its video. “I really love how this video came out, I think it captures the innocence and moral dilemmas of the lyrics. It was a tricky concept to execute as my partner was unwilling to be on camera, so consent had to be received from both mine and Monica’s partner. I would like to thank them from the bottom of my heart for allowing us to make this concept come to life, I know it was not easy on either of you.

The song was originally written back in 2014, it’s about a muse, a musician named Wolf, he inspired many songs. He contacted me online to play some folk punk shows in Cape Town, we became long-distance friends, then we toured together, we became lovers. He encouraged me to move out of the methy punk squat I was living in, but he was also planning on going back to Hanoi. If it wasn’t for him and his care I don’t think I would ever have turned my life around, got off drugs and turned to surfing, he was a catalyst for change, and a human that made me believe I was worthy of good love. I broke his heart in the end… As the saying goes, self-care is not dating a musician.”

Nearly a decade into her musical career, Scoundrel started life as a touring musician as the bassist for the Death Valley Blues Band who saw much success as a touring act, performing at festivals such as Oppikoppi, Woodstock, and Splashy Fen. She then moved on to become a manager and bass player for the underground circus production Trash Cabaret, as well as a session musician for Brother Moves On, Ann Jangle and Matt Vend, and The Tender Ten.

All of this was a prelude to Scoundrel finally pursuing her own solo career where she found the freedom to develop her own folk-punk style of music. Her musical travels have taken her from South Africa to the United States, Europe, Mozambique, Namibia, Lesotho and so many other places. With a unique sound and personality, you can’t help but gravitate towards Scoundrel and her candid approach to her music. 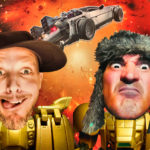 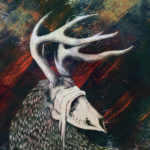