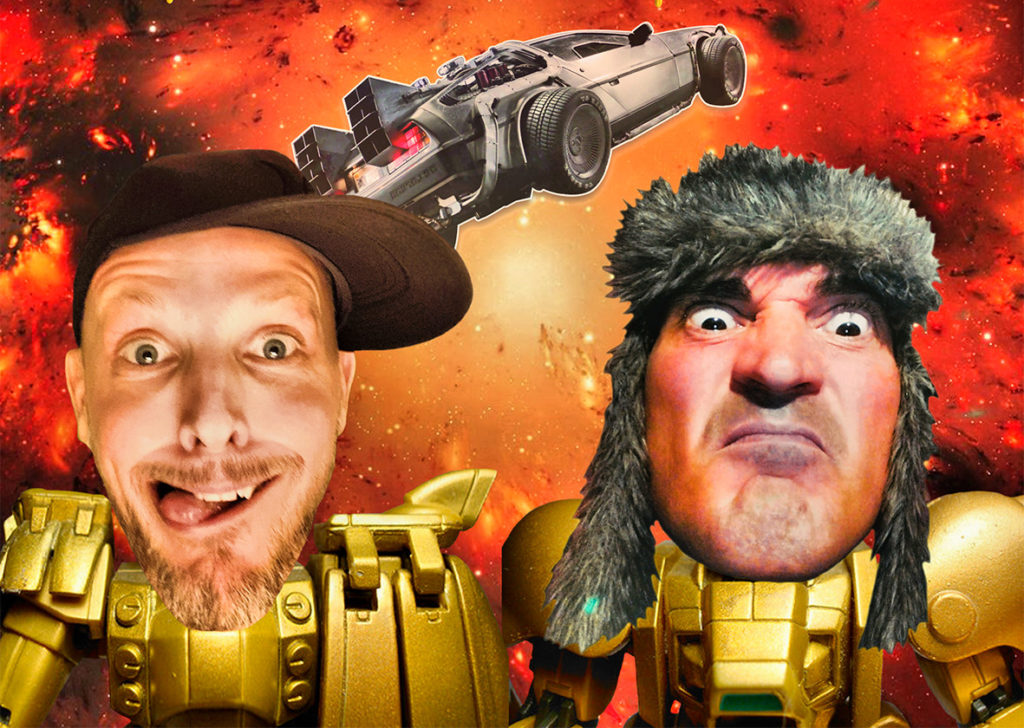 WHAM BAM! You’re being hit upside the head with the brand new music video for “Fool’s Gold” from this dynamic, South African duo. The song is more of the unfiltered rock and groove that singer, producer, and multi-instrumentalist Gideon Kretschmer and singer Nico Tourelle have been churning out now since they formed last year.

To go along with the song’s release, the guys have revealed a spacey, visually dynamic lyric video that picks up where the video for their last single, “On Your Own,” left off. The retro journey that began in that video continues in “Fool’s Gold” but, now that journey has veered upwards towards space where new planets are unearthed and new galaxies are discovered. Musically, the song fits perfectly within WHAM BAM!’s sonic palette, with an infectious groove, arousing harmonies, and positive vibes conjoining to make this single a real winner.

Explaining the context behind “Fool’s Gold,” Tourelle commented, “(the song) is a direct reference to addiction, but also a reference to giving someone addicted to whatever a second chance, i.e. a fool IS gold. Because we all are addicted to something; it is human nature. The song itself is a catchy upbeat pop/rock anthem that you just can’t help but sing along to. This is a perfect example of the WHAM BAM! style, accessible catchy tunes with deeper meaning hidden in the lyrics.”

A large part of WHAM BAM!’s charm is in their approach to writing and recording. Staying true to their name, Tourelle and Kretschmer strive to keep their sound simple, punchy, lively, and catchy. WHAM BAM! as a musical venture may be a recent creation, but these two have been making music together dating all the way back to 1996 when they formed the band SUNFISH, a popular local act in South Africa.

Tourelle eventually moved to Taiwan where he found success as a singer, touring with a local pop-rock band around Asia. Kretschmer decided to stay put in South Africa where he continued on as a songwriter and also became a sought after producer for local area bands. Despite their distance, the two continued to share a creative connection, frequently sharing musical ideas and doing some writing together. After some online collaboration last year, they wrote and recorded “On Your Own” which energized them to more fully embrace a full-fledged musical partnership that eventually became WHAM BAM!

The time is now to buckle up and get on board as WHAM BAM! continue to pursue their rock n’ roll journey!