Beloved queer pop artist, Nicolas McCoppin has released his highly anticipated debut studio EP, Loverboy  McCoppin stays true to his signature dance-pop sound and continues to explore the narrative from his previous singles of falling in love for the first time. Preceded by several singles including “Stuck,” “Ur Love,” “Remember That Night,” and “For Years,” Loverboy is released under his own record label imprint Loverboy Recordings via AWAL/Kobalt Music.

McCoppin is eager to let fans into the journey that has been two and a half years in the making. Showcasing McCoppin in his truest form, Loverboy holds a sense of innocence as it shares some of his first-time experiences through the lyrics of four fan favourites alongside four brand new, unheard tracks. “I fell in love for the first time last year. I fell really hard. Front-to-back this record tells that story,” says McCoppin. Further diving into his ‘80s-tinged dance-pop sound, Loverboy also explores the softer romantic pop side of the artist as he not only shares his personal story of falling in love with a boy, but with New York as well.

“New York City played a really huge role in the project. It’s where I wrote and recorded all the tracks. In my eyes, the project is not only about falling in love with a boy, but it also doubles as a love note to New York,” says McCoppin. The track “City of Love” specifically highlights this sentiment with McCoppin explaining, “ I touch on growing up in a small town in Upstate New York and then escaping to the city to find love.” Regularly regarded as the “next Charli XCX,” this New York Native is ready to fully embrace his status as a “major pop artist to watch” and bring fans the record they have all been waiting for. “This record is my baby and I’m so excited for everyone to finally hear it in full!” (Nicolas McCoppin).

Having been featured on several high-profile publications, including a song premiere on the esteemed Queerty, McCoppin has been described as “…a modern-day version of Wham mixed with a bit of Carly Rae Jepsen” (A1234), “…a rising figure in the LGBTQ community as the next major pop artist to watch,” (Instinct Magazine) and a “smooth pop hottie” (Queerty). The New York native creates upbeat, feel-good, romantic, pop tracks tinged with an ‘80s pop flair that relatably appeal to the millennial generation.

Since his official debut in 2019, McCoppin has performed at various venues in New York City including two sold-out shows at The Bowery Electric and Piano’s NYC, and various performances at the YouTube Space NYC. It was these performances and a distribution deal with AWAL (a division of Kobalt Music) that launched his online fanbase to garner over 18,000+ monthly listeners on Spotify and well over 160,000 Spotify streams just between his first few single releases. Hailed by VEVO as “Bound To Be a Hit” with his second single “Ur Love” (2019), McCoppin also landed at #25 worldwide on the “Incoming Pop” playlist among the likes of Katy Perry, Christina Aguilera, Niall Horan, and Chloe MK. 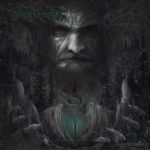 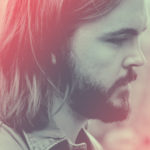