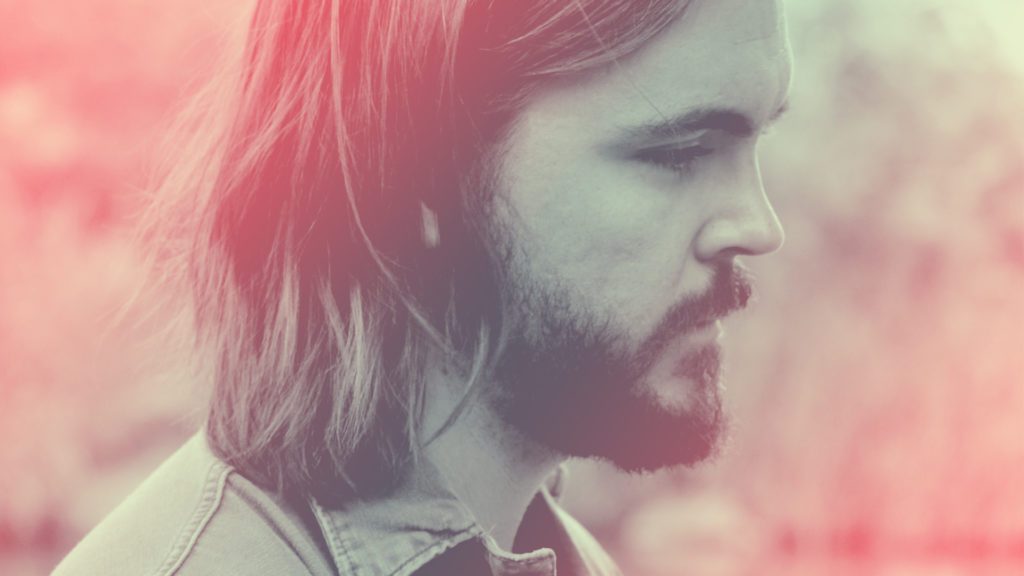 “Like Lightning,” Josie Lockhart has bolted onto the scene with his straight-up, down-to-earth, riveting synth-pop. Lockhart, the stage name of musician Aaron Miller, has been really picking up steam lately, in part thanks to the release of “Like Lightning” earlier this month, off of his soon-to-be-released debut album, Santa Rosa.

While the studio version has garnered a widely positive response, Lockhart has recorded a special acoustic version that shows a different, more sincere side of the song. This sincerity is really emphasized in the song’s accompanying music video which features the artist giving it everything he’s got, all within the confines of his living room. It shows a different side to Lockhart than the one that fans have gotten to know from his time in the legendary Austin, Texas underground synth-pop band Sphynx who gathered a dedicated following thanks to landmark performances at South By Southwest, and tours with Questlove, and Walk The Moon.

In discussing the importance of the song and the creative process behind it, Lockhart stated, “‘Like Lighting’ is sort of the song that launched this project. I’d been playing more acoustic guitar and working on incorporating it into my songwriting and finding a way to blend that with the synths and electric guitar I’d used for years. I grew up listening to a lot of folk and Americana and wanted to start a project where I could tap into those roots a little bit, I think that comes through in the acoustic version. Liam, my manager, was able to get Chris Coady to come on board for the mix of the studio version just a few days before the song premiered on the radio and we had this mixing session where Chris patched us into his studio through a link and we mixed the song at the same time while being in Los Angeles, Austin, and London. It was 4 am my time but I remember being deliriously happy listening to Chris bring the track to life.”

If there’s one good thing to come from this pandemic is that it’s giving talented artists such as Lockhart time and privacy to write and record. Using the time to his advantage, he wrote, recorded, and produced Santa Rosa all in his home studio in Austin over the last few months. The album is the perfect fusion of dream pop, indie rock, and Americana with its thirteen songs illustrating how far Lockhart has come as a songwriter. Some of the most noteworthy themes that recur throughout Santa Rosa include grief, isolation, and love, feelings that are all too common these days. There are musings on the afterlife and human existence along with a reimagining of the American West, an environment that Lockhart has become very familiar with thanks to his frequent travels as a musician. You can think of Santa Rosa as chapter one in the Josie Lockhart story with many more to come from this emerging solo artist.