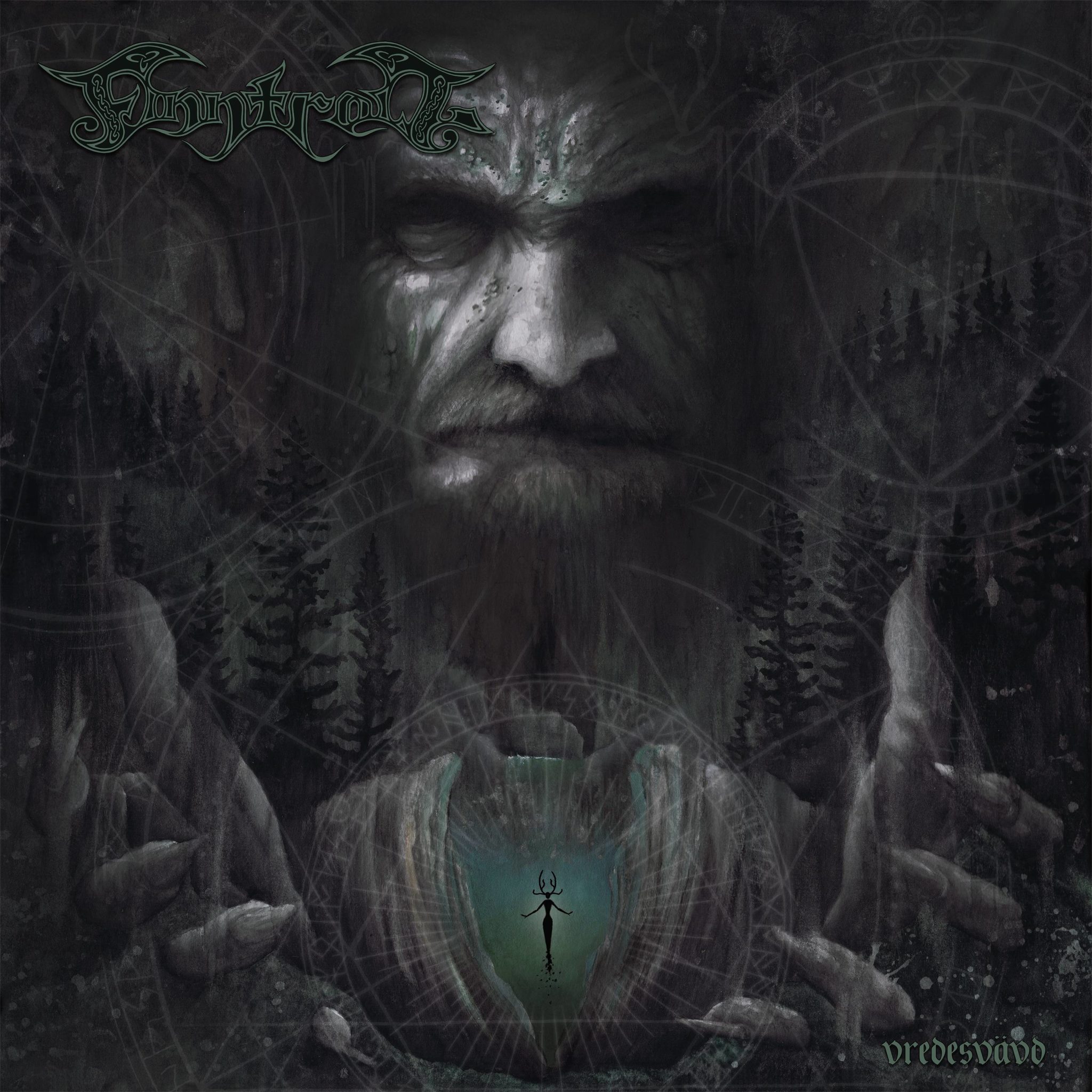 Folk metal can hardly – or fairly – be called a genre: it spans such a wide variety of styles, sounds and themes that it’s a far safer bet to call it a collection of genres than to bundle it all under an umbrella term. You’ve got the drunken and dreadlocked Korpiklaani, for instance, who sound absolutely nothing like Swiss long-timers Eluveitie who so seamlessly blend Celtic sounds, ancient Gaulish vocals and melodic death metal structures. Somewhere between all that, acts emerge like the Faroese Týr whose sound borders on power metal, given its epic scale, while Ensiferum’s folk melody infused war metal is a stirring foil to the gentler pop sensibilities of fellow Finns, Turisas.

And then, just to really upset matters, there is Finntroll.

While this Finnish collective’s output can definitely be labelled as “folk-inspired,” given their extensive use of fast, galloping humppa rhythms and accordion (analog or synth, as the mood takes them), they fail to neatly slot into any of the usual “folk” categories. At times dark and sinful as night, such as 2010’s Nifelvind, they never fail to lose sight of the humor in life – the perennial “Trollhammaren” off 2004’s Nattfödd is a prime example – and their flapping trollish ears, lolling to the beat, are a visual illustration of their tongue-in-cheek approach. Despite this, they still successfully combine elements of folk melodies with fast, raw, practically blackened riffing and dervish percussion in crafting a sound that is entirely their own and unmistakably Finntroll within seconds of its starting.

Which brings us to their latest record, Vredesvävd, a significant departure from all you expect while, at the same time, a nostalgic tribute to all they’ve done before. While only three original members remain (keyboardist Trollhorn, guitarist Skrymer and bassist Tundra), their influence can still be felt as delirious, whirling moments reminiscent of Midnattens widunder (1999) or Jaktens Tid (2001) are scattered through what is otherwise a mature, careful album. The key sections are more sensitive, the production is cleaner and the pacing is smoother than in the past: even 2013’s Blodsvept was a wilder, less constrained than Vredesvävd.

So the question is, what has happened in the intervening seven years to make these feral Finns grow up?

Thankfully, incongruously clean production values are merely a well-constructed mask: Vredesvävd is well named, indeed: the harsher, more aggressive vocals Vreth spews forth counteract the cleaner instrumentation effectively. Also, with repeated listening, it becomes abundantly clear that while MörkÖ’s drums may be more tightly held in check than on the carnival-corn Blodsvept, the delivery is harder and heavier than ever. Viewed in this light, Vredesvävd is less a follow-up than a throwback, an echo of the blacker, angrier Ur Jordens Djup and Nifelvind records.

On to specifics, then, to support these arguments: the first video off the album, “Forsen,” hides a mournful melody and a profound shamanic tale behind brightly rendered animation – itself a throwback to the less serious, but equally dark “Under Bergets Rot” from Nifelvind.

Or there’s the faster pace and wilder humppa rhythm of “Mask” that itself resonates more with 2010’s “Solsagan” video in terms of visuals and fullness of sound: the bombast experienced when all the instruments peak together is Beethoven-esque in its layered density.

But then there’s also the fairytale gone wrong of “Vid Häxans Härd,” or the murderous intent behind “Att Döda Med En Sten”; not to mention the dark forest hymn of “Gränars Väg” between these – all unpleasant and discomforting. Thankfully, the alien drinking romp of “Stjärnors Mjöd” does slot in easily, lightening the mood and reminding you that it is indeed a Finntroll record you’re listening to.

So Vredesvävd may be a little more ambitious, a little more carefully put together and a little more mature in its sonic palette (not to mention a touch shorter and to-the-point) – but make no mistake, the trolls are as ill-tempered and surly a bunch of troublemakers as ever.