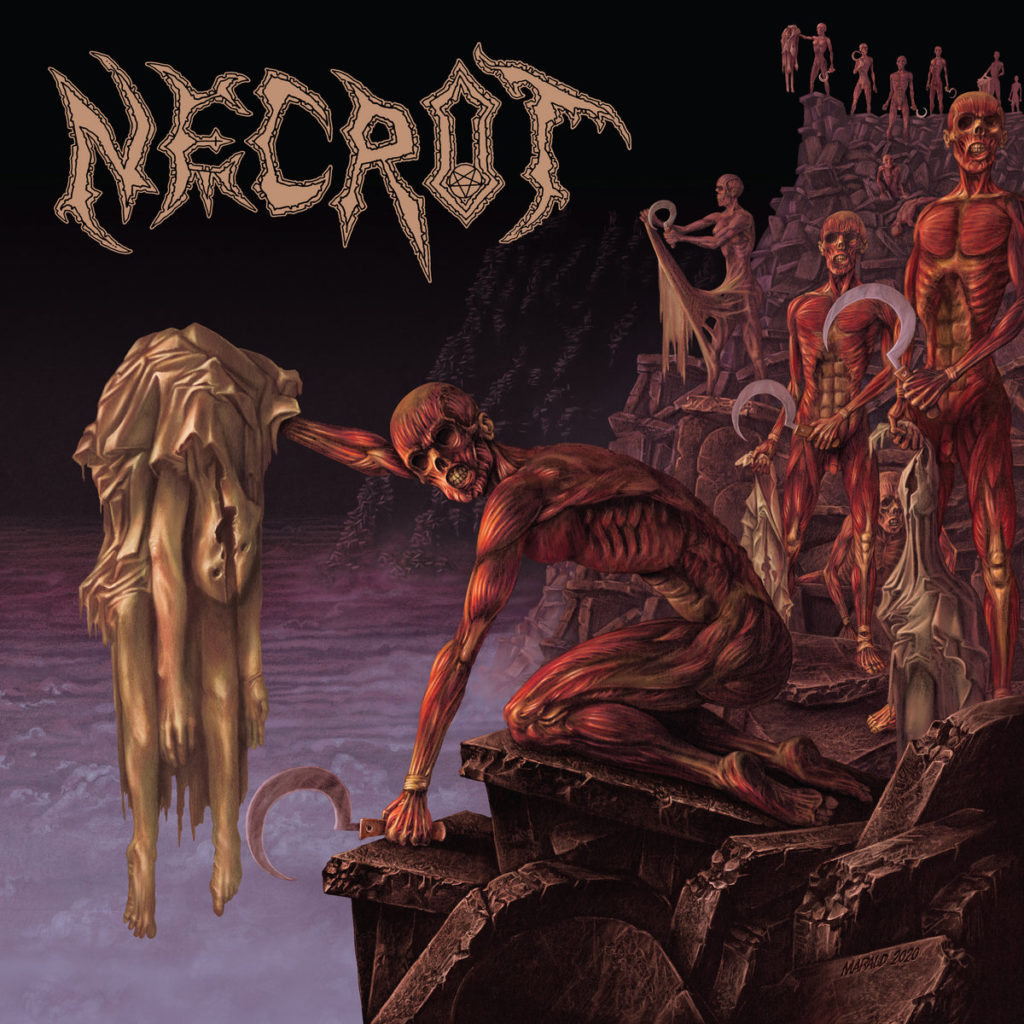 At some point over the last decade or so, death metal evolved into the monster we see before us now. For every one of your death metal greats playing to three-quarter full dive-bars, there was a Whitechapel or a Suicide Silence heading out on support tours opening up arenas across the globe. Over the last couple of years though, there has been a resurgence in bands stripping away the niceties of modern-day death metal returning instead to produce absolute grot. In 2020, bands like Tomb Mold and Blood Incantation are flying the flag for traditional death metal and joining them are Oakland three-piece Necrot with their second disc Mortal.

An unrelenting assault on the senses, Mortal leaves you in no doubt as to what you’re going to get for your money. Rooted firmly in the ‘90s death metal scene, Necrot dish up a maggot-infested meal of raw, unpolished death metal just how your parents remembered it. As old-school as it comes, Mortal kicks off with a festering “Your Hell” before lurching through six more tracks of unmitigated filth. Lose yourself in the gorgeously rotten artwork adorning this album as the California three-piece pummel through glorious tracks like “Stench of Decay” and “Malevolant Intentions.” Absolutely no gimmicks, no predictable breakdowns, no fancy bits, Necrot steamroller through each offering as if deathcore never happened and it makes Mortal an absolute joy to listen to.

Harking back to days when bands like Bolthrower, Death and Morbid Angel were creating all manner of hell, Mortal might not throw any surprises at you but, when the three-piece thunder into “Dying Life,” you old-school death metal fans will lose your minds. If there is one criticism to level at Mortal, it’s the fact that things can sound a bit samey at times but, let’s be honest, some of the classics from the genre were never steeped in originality.

Mortal squelches to a conclusion with the eight-and-a-half minute title track, a song which finds the Californian band opening up their creative wings while still maintaining that traditional death metal feel. It’s an almost epic finale to an album which, up to that point, had been nothing more than a glorious journey back into the dank sewers of the underground ‘90s death metal scene.