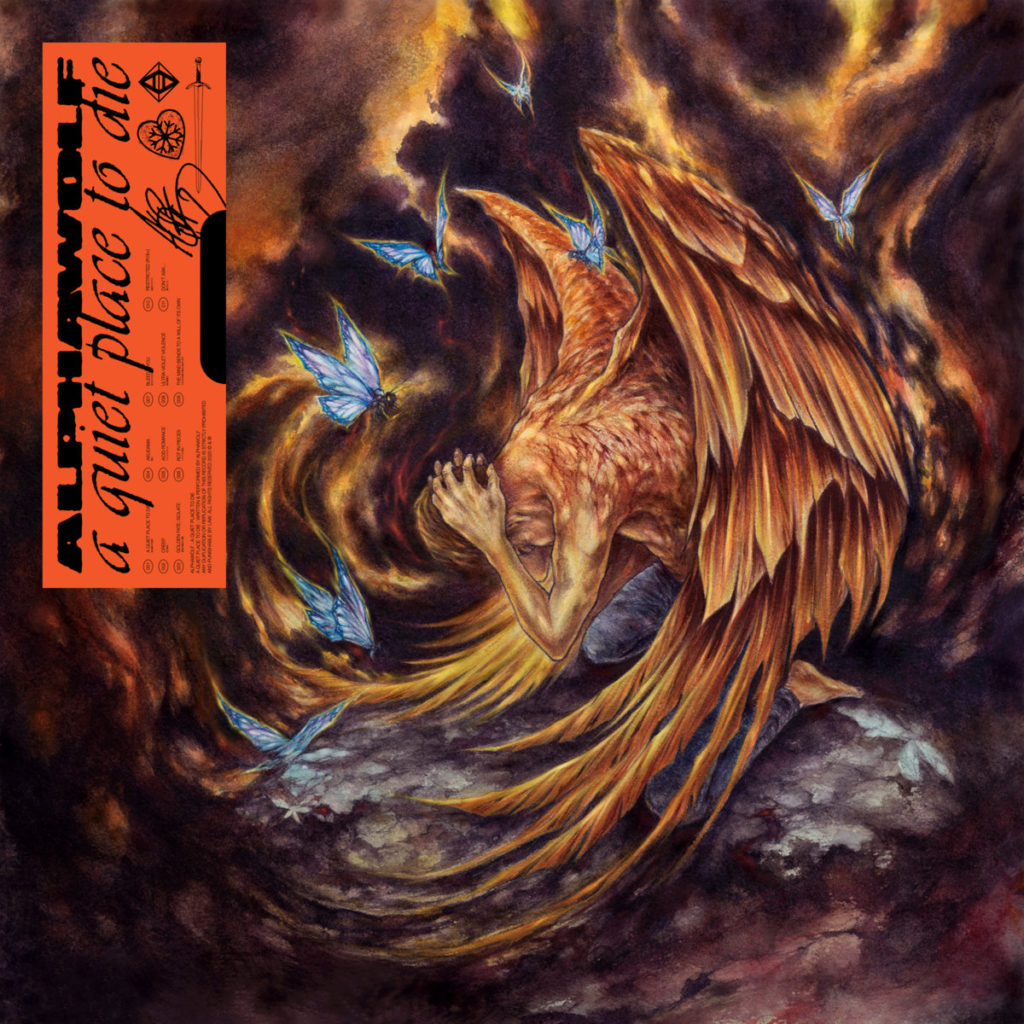 With each release that drops, the quality of the Aussie metal scene just gets better and better. The latest band to unveil another crushing recording is Melbourne-based mob Alpha Wolf who, judging by the fury they unleash on A Quiet Place To Die (pre-orders available here (AU/NZ) & here (EU/US), sounds like they’re absolutely raging.

Similar to Perth maulers Make Them Suffer, Alpha Wolf peddles that Emmure-style deathcore. You know the kind – heavy enough to rip off your face but packed with grooves so catchy they’d even win your mum around. Of course, there isn’t anything contained on this album that you won’t have heard a million times before but, damn, this is nasty. However, while there are millions of other bands that serve up this kind of filth, Alpha Wolf has got the sound nailed with their second album sounding far from generic deathcore-by-number. “Creep,” recent single “Akudama,” and the brilliant “Acid Romance,” are unmitigated filth. Raging, lurching, chugging sucker-punches of brutality that will leave your body bruised but your head nodding along to the groove.

Amidst the deathcore vibes, Alpha Wolf pierces their sound with jarring bursts of electronics and finish the whole thing off with frontman Lochie Keogh’s vicious vocals. In describing the album, the group has simply stated that they “took what works and put it on steroids.” Listening to A Quiet Place To Die, with a settled line-up, their sophomore album couldn’t be more pumped if it tried. Powering through the likes of “Bleed 4 You” or watching the video for “Akudama,” you’ll find a band who’ve taken what they’ve done and made it bigger, louder and more obnoxious and nasty than any of their previous work without losing the core of their sound.

The deathcore genre is ridiculed by many and, for the most part, not without good reason. However, despite many of the albums and bands unsurprisingly fading into obscurity, diehards of the genre need not worry because there are bands like Alpha Wolf who keep the flag flying. While you may like the genre or not, albums like A Quiet Place To Die, packed full of ultra-violet violence, are going to keep its heart beating for a good few years yet.