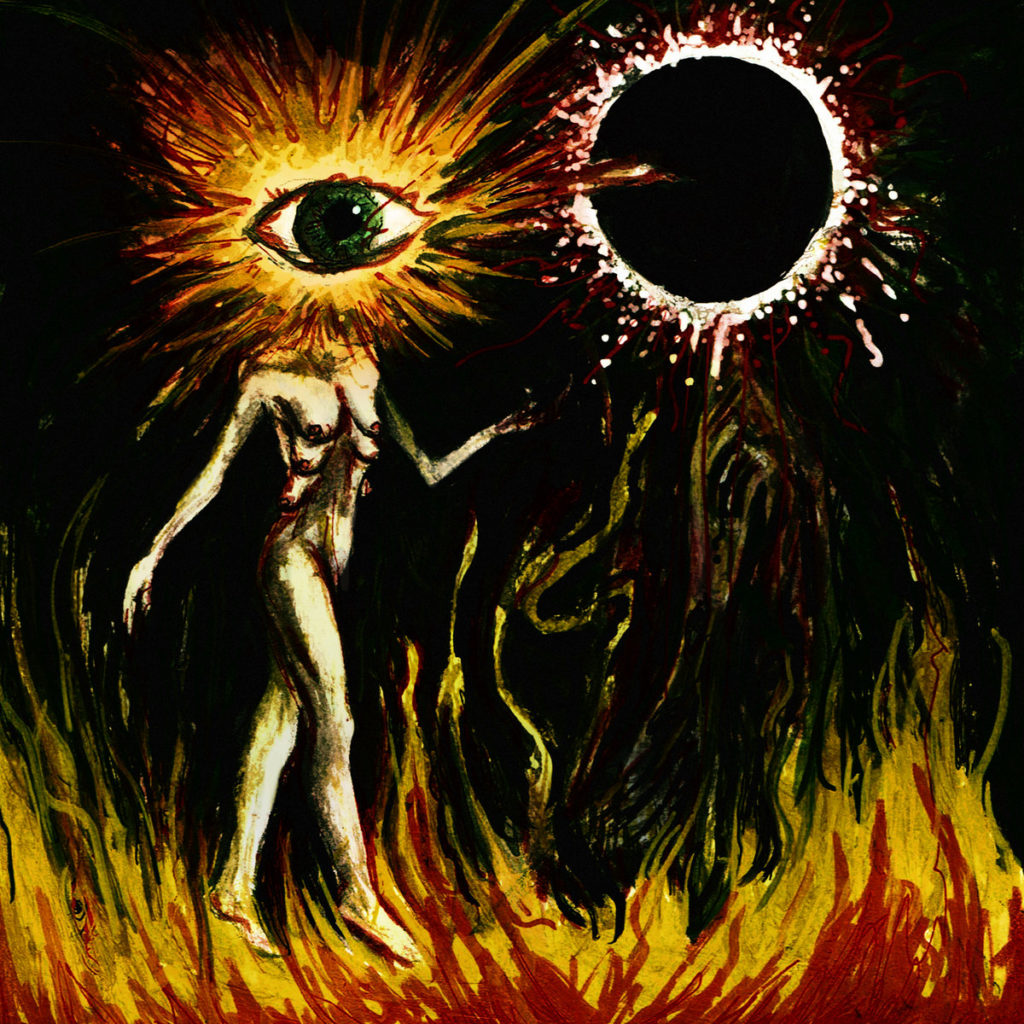 If Norway was the epicentre of the second wave of black metal in the first half of the 1990s, then Iceland has to be the contemporary equivalent. The black metal spewing forth from this tiny island nation is so vital, fresh and varied that no other location can quite match their per capita contribution. Enter Illkynja, the newest player in this scene: an enigmatic one-man-metal project that belies its relative youth in terms of the venom injected into the music – a world-weary, scathing attitude you would expect from an older, more seasoned representative. This maturity at such a youthful stage of a musical career is nothing to belittle, though. Rather, we as black metal’s dedicated legions should celebrate Illkynja’s exuberance and enthusiasm for the music we love.

Sæti Sálarinnar, Illkynja’s debut offering, is a worthy addition to Goathorned Productions’ roster. Originally released digitally in June this year, the album is now enjoying its first physical release. While not typically Icelandic – itself a categorization that is impossible to pin down, given the massive array of styles represented – elements of other Icelandic acts can be identified and isolated. The two I will focus on, however, occupy opposing ends of this musical spectrum. The first, and possibly better known, is MisÞyrming. Illkynja resonates strongly with the Watain-like fury of this band, delivering an equally relentless sonic attack, with riff driving upon riff in unstoppable waves of malevolence. The virulence of “Holdið” or the dissonant rhythms of “Sæti Sálarinnar” reinforce this likeness.

The flip side is one with a story: even though the second act I compare Illkynja with shares four band members with the aforementioned MisÞyrming, Naðra has an entirely different sonic palette to work with. While the net result of their music is as bleak and unforgiving, Naðra employs soaring atmospheres that conjure yawning emptiness – and the same can be felt throughout Sæti Sálarinnar. The deceptively slow burn of “Allt er glatað” is a fine example – and also a great illustration of the rawness of the vocal performance. While this is a strong presence throughout the album, when the vocals take centre stage on top of more ambient melody, they shine, effectively recalling Hoath Torog’s rasp on classic Behexen records. The instrumental “Dauðaþögn” continues the ambience, but without the vocal, it feels even more isolated and depressive.

Of course, there are also those tracks where these conflicting styles mesh – and Illkynja does so with aplomb. “Sjálfseyðing,” for example, revels in a delightful pulsing groove, showcasing a sensitivity for percussion and pace, while the unhinged drum work on “Guðhaus” is underwritten by a slow, drawling melodic theme that entirely offsets the animosity, resulting in an experience more psychedelic than violent.

The ebb-and-flow screamed responses in the vocals should also be highlighted on the title track.

Closing number, “Dýrð í harmleik,” is a perfect example for closing thoughts, too: midtempo melodies over pounding blasts, dynamically shifting guitar work and throat-wrenching vocals combine in a convincing argument for the future of Iceland’s black metal scene. Illkynja can easily hold its own alongside stalwarts like Svartidaudi or Wormlust and Sæti Sálarinnar will forever be proof of this.