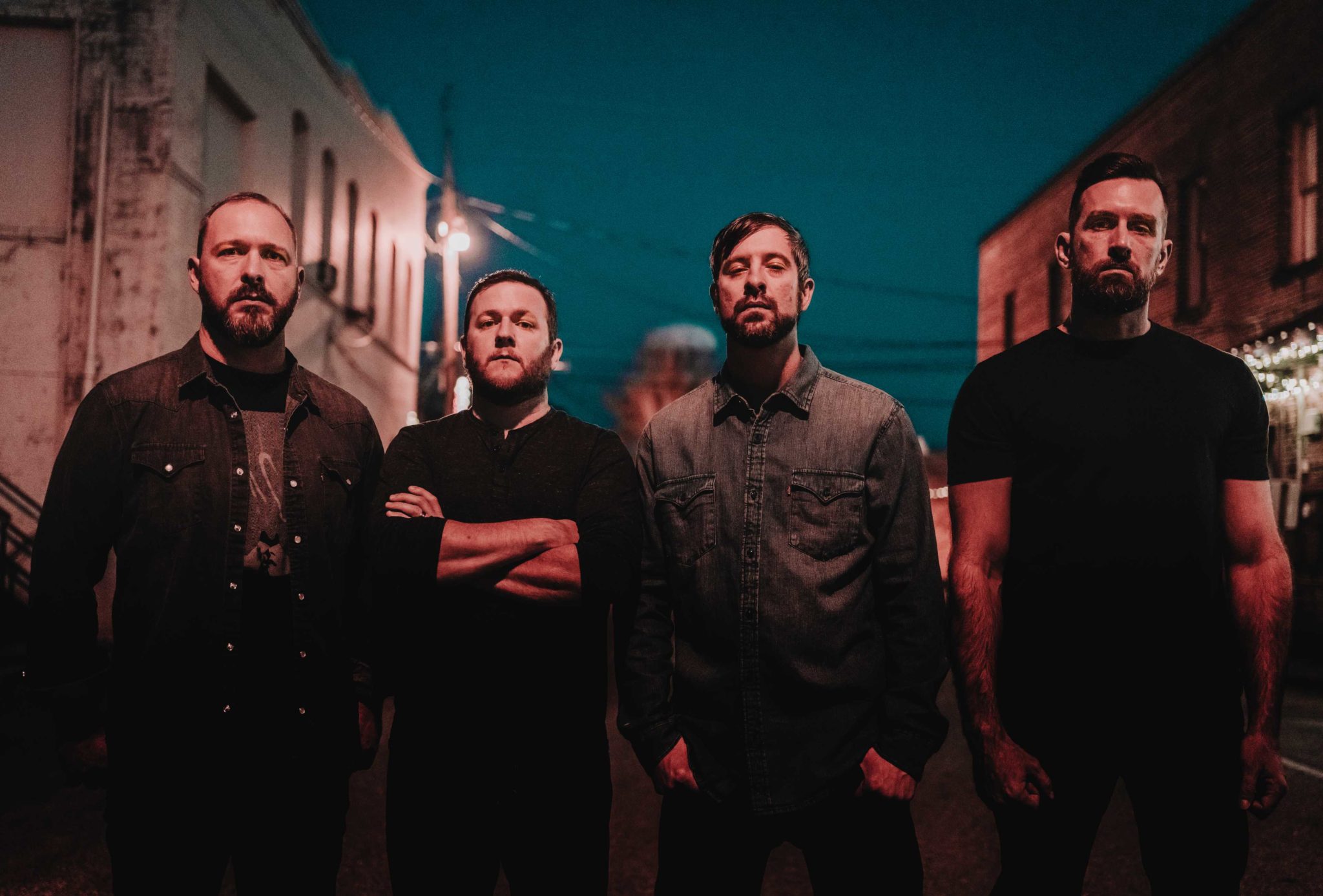 To say that Baton Rouge, Louisiana’s AMBASSADOR has taken a step forward with the release of their new record, Care Vale, would be an understatement. Rather than a step, you may characterize it as a leap with the quartet reaching brand new heights with their new slate of songs. Due out officially on September 18th, the album features a certain sense of urgency and energy that its predecessor Belly of The Whale did not.

It’s most likely due to some lineup adjustments within the group, in addition to the stress of recording at Hightower Recordings, located in New Orleans. The band was on a tight deadline when it came to the recording, which they were able to finish in just two days. Producer James Whitton was able to get the best out of the band, helping them achieve a more aggressive and atmospheric sound, along with a live energy that was most likely the result of the abbreviated time frame in which they were working.

Commenting on the release of their new album, lead singer Gabe Vicknair said, “Stoked to finally release Care Vale with hopes that it is a welcomed musical escape from such weird times. Thanks to V13 for partnering with us on the album stream. We really appreciate everyone’s pre-orders and support leading up.”

It’s hard to relegate Ambassador to a certain genre of rock music, but you could say that they loosely fit within the confines of post-punk and dark rock. There is a deeply emotional and vulnerable quality to their sound which is both mature and unrestrained when it comes to sonic experimentation. In the past, the band’s unique sound has been likened to Russian Circles, Thrice, and even Depeche Mode, but even those comparisons do not quite offer a reasonable approximation of their one-of-a-kind style. One thing is for certain, the band is winning over fans from all across the rock spectrum, including fans of doom metal and even the hipster crowd.

To discuss Care Vale in greater detail, and how the band went about recording during the pandemic, we asked singer Gabe Vicknair a few questions about the recording process.

How was Care Vale written primarily? Was this more of a remote effort due to the pandemic or did you have ample opportunity to write together?

Gabe Vicknair: “We were able to write and record most of the album before the pandemic in the summer/fall of 2019. We were actually in the mixing process when it all started, and, thankfully, didn’t experience too many issues.”

What do you think is the biggest characteristic that differentiates Care Vale from Belly of The Whale?

“Writing for Belly of the Whale really began at the conception of the project, which was about three years before its release. Many of the songs were loosely written before the lineup was fully in place, and they changed a lot as new minds were included in the process. This produced an interesting record with many layers and intricacies, but as we developed as a unit, we gravitated to simpler, heavier, and more transcendental sounds; incorporating more traditional rhythm guitar, and lower tunings. In comparison to Belly of the Whale, which takes a bit of time to fully digest, Care Vale is more immediate and forward driving.”

How far do some of the song ideas for Care Vale extend back? Do the origins of some of these songs go back quite a while?

“The title track was a song that (guitarist) Dustin (Borne) and I wrote years back and re-envisioned for this album. We also tweaked and added vocals to an instrumental song that Dustin wrote previously. Dustin joined the band toward the end of the recording process for the last album, so it was great to have him contribute some flushed out ideas to further make his mark on our sound. All of the other songs were a product of us all writing collectively together for the first time.”

When it comes to the album’s sound or style, it’s hard to put your finger on any single type of rock. Who are some of the artists or bands who maybe served as some inspiration during the writing of this album?

“We all really like bands like Brutus, Russian Circles, EITS, and other ‘post’ type stuff, but our influences are broad and unlimited to any certain genres. We were all heavily influenced by grunge and Louisiana metal like Acid Bath and Crowbar in our early years, but we also listen to dream-pop like Beach House or even Depeche Mode and other ‘wave’ bands. I don’t think we were really aware of what people were listening to when we started this project, to be honest. None of us had really been active in bands for quite a few years. We just wrote what we liked; drawing influence from our entire lives rather than mimicking any certain scenes or bands.”

You recorded Care Vale with James Whitton at Hightower Recordings in just two days. How on earth were you able to record an entire album in two days?

“We rehearsed the crap out of the material and recorded the instruments all together at the same time. There was a punch-in here and there, but it was mostly live takes within feet of one another in the same room. Our goal was to preserve the spontaneity and emotion that you can only get from that method of recording. The lyrics and vocals were written and recorded over the next few months, so technically not the entire album in two days.”