Alt-folk artist, Pozzi has released his debut full-length album, Tyrant. The culmination of the past two years of songwriting, performing, and recording, summed up into an eight-song ensemble, Tyrant is Pozzi’s attempt to work through many of the psychological, emotional, and social issues that both ignite fires and weigh heavily within. Collaborating with producer Frankie Siragusa at The Lab Studios, the result is a deeply flawed, intensely personal, sometimes chaotic, sometimes quiet, sometimes overdressed, and often very naked culmination of songs. “Lots of contradiction, some moments of clarity, some slights to myself, nods to lovers, pleas to friends, and anger towards people in positions of power. The one thing I know for sure, is that I mean every word of it,” says Pozzi.

Tyrant reveals itself as the artist’s “first serious effort to make a splash in an ocean of noise and wonder.” Preceded by the release of three singles, Pozzi has already drawn comparisons to the likes of Wilco and Jeff Buckley – heard in the similar rise and fall of emotive power. The title track “Tyrant” was released with the message of speaking out against oppression of all kinds – both seen and unseen. It was described as “a really heartfelt examination of abuses of power, oppression and the harm that causes,” by Americana UK. “From The Ashes” followed in this socially-charged theme as a political commentary on the current state of affairs in the world with a message of hope – that even though we fall, and even though history seems to repeat itself, we always find a way to rise up in the face of that.

Other songs on the album address topics of sobriety, dreams, memories, love, and heartbreak. The opening track, “In My Own City,” is a sentimental reflection of Pozzi’s mood when he first became sober. “Feeling like a tourist in your own city is actually something to be proud of. Not conforming to things that you fundamentally disagree with. Knowing you aren’t alone in feeling like an outsider, a delicate observer,” says Pozzi. Pozzi’s intimate, acoustic folk sound takes a haunting sound in the song “Rings of Smoke” – a song about recurring dreams of long-lost memories where Pozzi has the opportunity to communicate and relive experiences with people and places that no longer exist in reality, but do so in a dream. Another standout track – “The Longest Night” embodies an upbeat folk-rock soundscape as it lyrically explores having to learn how to live without someone who has shaped you into the person you are. Of the song, Pozzi states, “I’m no stranger to heartbreak, but when I say “this night will be the longest,” I’m saying that this will be the hardest period of darkness and growth I’ve ever experienced.”

Pozzi on the making of Tyrant: “It took many trying years to work up the courage to be my own artist…. Lots of time and tears to be able to say that I am proud of the way I sound and the music I have written. I chose to record the songs which are the best representation of that journey, and that summarize the world as I have lived and seen over this period.” 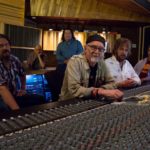 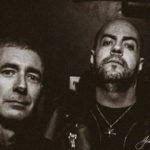