It’s been 45 years and the train just keeps on rolling along… We’re talking about Crack The Sky, the prog-rock innovators who are now ready to write another chapter in their storied history thanks to the upcoming release of their new album, Tribes. Due out in early 2021, the group recently unveiled the title track as the record’s first single, a commentary on the cultural divide of modern society with each side believing it’s their sole right to advocate the only opinion that matters. The song is a strong statement that will set the tone for what’s to come once the album drops.

Formed in 1975, Crack The Sky has been led ever since by lead singer and guitarist John Palumbo. In that time they have released over 20 studio albums with their self-titled debut record widely regarded as one of the best progressive rock records of all time. What’s been so remarkable about the band’s run has been their consistency. In their time together, Crack The Sky has frequently and consistently released new material and toured relentlessly. They continue to perform, particularly in the eastern part of the United States to an extremely dedicated fanbase.

For our latest UnCovered interview, we spoke with Palumbo about the cover artwork for the title track to Crack The Sky’s new album, Tribes, and the creative process behind the disorderly single cover.

John Palumbo: “The inspiration was and is what is happening in our country today; the major divide and ugliness that is pervasive in our society. Tribes.”

“The artist is Dan Stover and I have known him for years. He started with us by making the stage and guest passes and I loved his designs so much that I asked him to take a shot at the cover.”

Please elaborate on the medium(s) used when creating the artwork. We’d love to know how it was created.

“All I know is that he took a number of separate images, photographed them and then offered a few different pixilated and colorized samples. He then constructed the piece and again offered us a few different images of the basic design/photo.”

What were the partnership’s dynamics like? For example, was a specific look given to Dan, or did he have full free range?

“Once I explained to Dan that I wanted the cover to depict two opposing sides, he was left to his own devices to come up with ideas. He sent me six, I think, and the one picked stood out so much from the rest that it was an easy choice to make.” 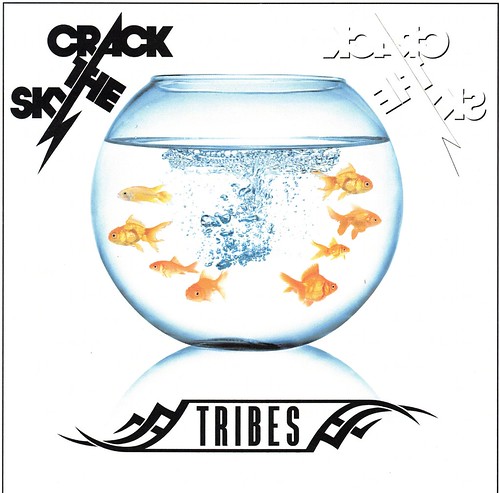 Would you consider Dan an additional band member or someone contracted for just this piece?

“He is part of our entourage when we travel, as I said he provides the passes and also has a hand in the band’s merchandise.”

Did Dan hear the album beforehand? Or, what kind of input did you give him?

“He heard the title track and I explained to him that was the tone I wanted to express for the cover.”

“No, I have never done that, but there are certainly terrific covers that were done by Hypnosis Studios that I loved and that after listening and having a look, I have never been disappointed by a cover.”

“Album art for the most part reflects what’s inside. Right now, I am finding some of the best artwork is on EDM covers.”

“I would hope that people would appreciate the severity of the crisis in America; the danger our country is in, the violence and darkness we as a people are victim to when they look at the cover. I also hope that they would consider the music as an observation of that.”

“I love all kinds of art, so when I see something that crushes me, I don’t really care if it is digital or not.”

“I do at the start of a project, but as it develops I welcome input from the band. We are, after all, a band and I don’t fancy myself a dictator! (laughs)”

Was the album art influenced by any of the themes explored on the new album?

“Yes, the artwork is a direct nod to the title track, ‘Tribes.’ I hope it is seen as us not taking sides, as the song suggests, but only as an observation.”

How do you think the album art for Tribes will affect the listener’s perception of your album?

“Wow… tough question. It’s hard to get into someone’s brain and determine how the album art does or maybe doesn’t affect perception. My guess is that there will be some push-back from both sides of the political spectrum.”

Is the art for Tribes related to any of your previous album cover artwork?

“This particular cover is a departure for us from previous album art. We again make observations and try not to judge or take a political stance.”

When it came time to come up with artwork, did you offer guidance or was this just a natural brainstorm?

“The process of developing a cover for this record was a total collaboration between myself and Dan Stover, the artist. I suppose you could say it was natural after about 50 phone discussions. I’m sure I made Dan a bit crazy with my pressing for more and better-defined graphics.”

What’s your favourite thing about this cover art for Tribes?

“My favourite thing about the cover is that I think at first glance it is very striking. The imagery is very strong, and it doesn’t take much looking over to absorb meaning from it.”

Did Dan work on any art for the album besides the cover?

“Dan was specifically hired to do the cover and so he only worked on that project rather than any other imagery for it. Madelyn Scarpulla, the creative director, dove in hard with variations, gatefold design, and layout.” 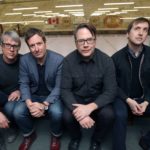 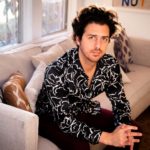