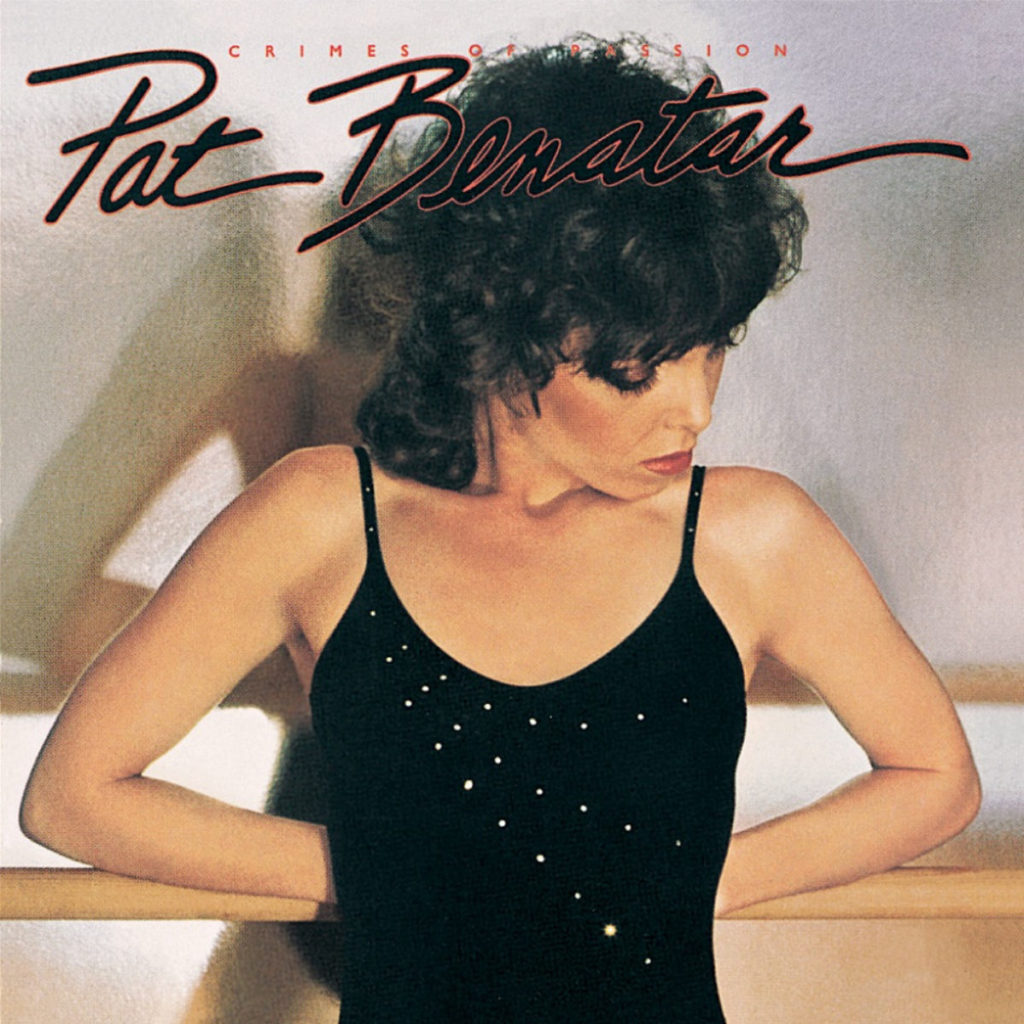 Long before it became a universally recognized “thing,” product “branding” was important — particularly in marketing pop music. But what required many artists several years and a slew of records back in the day, took the Pat Benatar team only one year and two records to perfect.

As they say, “timing is everything.” Just 12 months following the release of Benatar’s blistering 1979 debut, In the Heat of the Night, came her highly-anticipated sizzling sophomore set, Crimes of Passion. Although the birth of MTV still was a year away, the summer of 1980 found the budding music medium already bubbling. And with her sharper, sassier new look — a perky pixie coif and array of form-fitting striped ensembles, the petite, 27-year-old Brooklyn-born powerhouse was the perfect poster girl for the emerging ‘80s pop/rock video era.

While a strong visual presentation was a key branding component by that time, an artist still required great songs, buttoned-down by a bold band. Polished to perfection by veteran producer, Keith Olsen (Fleetwood Mac, Santana, Ozzy, Foreigner), Benatar checked ALL the boxes with Crimes of Passion.

One cool common denominator between In the Heat of the Night and Crimes of Passion was they both kicked off with rib-cracking openers. In the Heat of the Night hit hard with the heart-stopping “Heartbreaker.” Crimes of Passion cut to the chase with “Treat Me Right” — a mighty effort enhanced by Benatar’s biting vocals and fueled by the frenzied guitar work of Neil Giraldo.

The urgent remake of the 1966 Young Rascals classic, “You Better Run” made for one of the record’s many super-charged moments — pegged into the red by the furious drum flair of Myron Grombacher. The now-iconic video would be just the second clip aired on MTV.

A dream-like delight, the Benatar/Giraldo songwriting collab, “Never Wanna Leave You” was a hypnotic highlight, while the crisp and catchy sing-along, “Hit Me with Your Best Shot” soared to the Top Ten on Casey’s Countdown and has become one of Benatar’s best-known standards.

Also penned by Benatar and Giraldo, along with bassist Roger Capps, “Hell is for Children” attained “instant classic” status. The chillingly authentic lyrical commentary pointed to the horrific reality of child abuse and surrenders musically to a heart-racing crescendo. Love and pain become one and the same, in the eyes of a wounded child — unquestionably Benatar’s most important composition.

Something of a stylistic left-hand turn, “Wuthering Heights” was a faithful re-imagined rendition of the enchanting 1978 Kate Bush staple — it remains a splendid showpiece of this ten-song set.

“Team Benatar” continued panning gold (and platinum) successfully throughout the ‘80s — racking up an impressive string of eight Top 30 albums and a massive run of 15 Top 40 singles. However, after a smidge more than four decades, it’s Crimes of Passion that represents the apex of Benatar’s pop/rock brand.