02. Gob Patrol – “Anarchy”
– Las Vegas based punks Gob Patrol are one of the latest signings to Riot Records and have released their new single “Anarchy” which you can check out here.

04. Cold Hart & Lil Peep – “Me & You”
– Alt-rapper Cold Hart, together with emo rap pioneer Lil Peep, dropped a previously unreleased track, “Me and You,” today. The duet is from Peep’s career-launching first mixtape – the fabled Crybaby Sessions.

07. NEEDTOBREATHE – “Banks”
– GRAMMY® Award-nominated rock band NEEDTOBREATHE have returned with “Banks”, the fifth song off their highly anticipated new album Out of Body. The album is due for release on August 28. 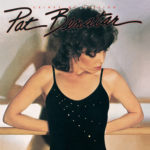 KISS, Biffy Clyro and System Of A Down Set to Headline Download Festival 2021