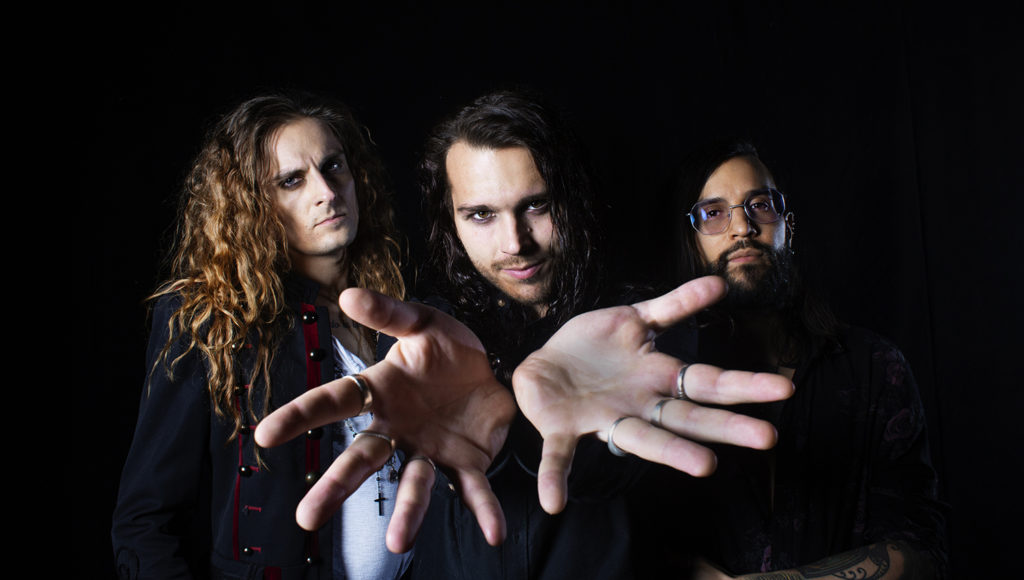 Building up to their third studio album by releasing a thread of new singles this year, Reach is defining the start of a new musical era by letting their listeners into the alluring, ghostlike and gritty world they are creating around the band.

Today, the band is exclusively premiering their new video for recent single “The Law,” a song about the evil machinery of mankind where nothing escapes the law and no one steps above it. The single is now getting reinforced by a gory music video giving homage to old Italian magenta-coloured splatter film.

The music video is made by videographer Johan Lundsten. He explains the artistic vision of the video: “We knew early on that we wanted to make a subtle homage to old Italian magenta-coloured splatter film, with tongue in cheek of course, but also to stage the text’s serious message in an interesting way.”

Talking about the lyrical meaning of “The Law,” Ludvig Turner, singer, guitar player and songwriter of the band says: “The title of this song states the obvious subject. It’s fascinating and terrifying how we created these specific rules to streamline our behaviour towards authority and community. For the greater good? That’s the point, right? But for whose greater good? The Law is not about ‘a law’ but a song dedicated to the broken and corrupt states around the world. It calls to look up and see what kind of controlling systems and oppressive structures that govern us, without being written down in any book of law legally speaking, but rather is something fundamental that goes back thousands of years in human history. These are laws that are created by us, but do not belong to us and do not exist for our sake.”

When asked about working with the band Lundsten continues: “It immediately clicked between us involved in the process, each of us embracing the vision and adding something unique to it. Everyone has really done an incredible job and shared pieces of themselves, such is always visible on the screen afterward. There is a lot of momentum in this band now, as an unstoppable force; stars aligned. This was truly an extraordinary experience, where both me and the crew had one of our funniest recordings ever.”

“The Law” is available now to purchase right here.