With a combination of God-given talent, creativity, and experience, Robert Lundberg has become a highly-regarded photographer and filmmaker, recognized for his artful documentaries covering the worlds of music, comedy, art, and film. After a childhood spent growing up in Massachusetts, Lundberg moved to New York City to more seriously pursue a career in art and film. A man who craves the prospect of new challenges, Lundberg began pursuing what may be his most challenging project earlier this year with his new documentary series entitled Uncontaminated Sound – The Interviews.

Debuting in February, the series follows comedians, musicians, fine artists, and actors in order to gain an insight on their creative processes which can only be fully unravelled by going behind the scenes. The series seeks to offer an intimate look into all of the rarely seen or known “little things” that take place during interviews and other similar encounters with artists and performers. These features are most often sluggishly edited, capturing particular moments that are usually heavily vetted by those in charge of the content’s creation or final product. But that’s not how Lundberg likes to go about his business. His primary endeavour is to bring you all of the raw, authentic moments that you would never otherwise get a chance to experience and enjoy.

Here we are halfway through August and Lundberg has returned with his latest episode of Uncontaminated Sound – The Interviews featuring singer and guitarist Mike Montali of Hollis Brown. Originating from Queens, New York, Montali formed Hollis Brown along with lead guitarist Jonathan Bonilla. Their debut album, Ride On The Train, was released in 2013 and since that time they have released three other studio albums and an EP, including last year’s ten-song effort, Ozone Park.

With a working-class background and attitude towards their music, Hollis Brown strives to be a true American rock band that sounds modern but can measure up to some of the great bands of the past. Montali and his bandmates assert an open-minded approach to writing and recording, influenced by his roots in Queens where he was exposed to so many different types of music. Growing up on rock n’ roll, funk, hip-hop, and singer-songwriter music, Montali tries to incorporate all of those genres into his songwriting, not only in an effort to be diverse but also as a method of not becoming boxed into a specific musical space.

Released in June of last year, Hollis Brown tried to get a little adventurous in the writing and recording of Ozone Park. Working alongside producer Adam Landry, (Deer Tick, Nikki Lane, Vanessa Carlton), the band mixed both analog and digital technology in the recording process and at times, all four members played together in one room, something they had not done very much of on previous releases. Before actually recording Ozone Park, the group members along with Landry did a lot of pre-production in order to simplify the recording process and it paid off, with an album that was recorded in only eight days.

Discussing his recent chat with Montali, Lundberg said, “Mike Montali grew up in the melting pot that is the borough of Queens. Immersed within the vast array of multi-cultural neighborhoods, Mike’s ear picked up sounds from hip-hop, funk, rock n’ roll, and singer-songwriters of all sorts. All of which seeded his love of music, eventually leading him to co-found his current project Hollis Brown in 2009.

Given that the name Hollis Brown is a nod to the great Bob Dylan, deriving from the 1964 track ‘The Ballad of Hollis Brown,’ Mike and his bandmates hold a deep respect for the history of rock n roll. However, when compared to musical legends of the past Mike swiftly waves such comments away, preferring to state that Hollis’ mission is to create a sound that is their own, in which he hopes adds a unique layer to already deeply defined genre.

I conversed with Mike in late April, when the world seemed completely turned upside down. With a few technical interruptions, as are accustomed these days, we discussed Queens, craft, collaborations with legends, and much more.” 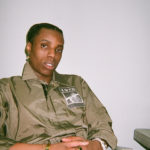 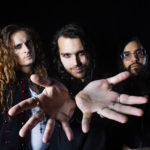