Russia’s well-known punk rock protest group, Pussy Riot has just released a new single aptly titled, “Riot,” featuring Berlin-based IDM artist IXXF. With a music video also on its way, band founder and frontwoman Nadya Tolokonnikova commented on the single, sharing “‘RIOT’ is about our fights for equal rights that are happening on our streets globally. ‘Hear me scream – your silence won’t protect you.’”

“Riot” was inspired by both the Black Lives Matter protests in the US. (“We stand with the protesters for racial equality and justice, and demand to defund the police and punish killer cops.”) and the fact that band member Peter Verzilov was arrested in Russia (he’s currently serving 15 days in jail) and questioned about “inciting mass riots.” The song is part of the band’s upcoming first-ever studio recording.

Commenting on Peter’s arrest, the group states, “He was arrested since the police wanted to neutralize him before Putin’s big vote for constitutional changes that will allow Putin to stay in power till 2036. On the 21th of June, at 7 am Moscow time, 20 policemen cut out the door of Pussy Riot’s Peter Verzilov with a grinder. Peter’s electronic devices and documents were seized ‘confirming involvement in the organization of the riots.’ We don’t know the details of the criminal case yet, but currently the court locked Peter down for 15 days under an absurd accusation of ‘petty hooliganism.’” 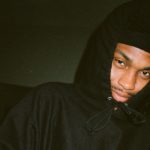 Rapper $not Fights for Social Justice on New Track “Can You Help Me?” 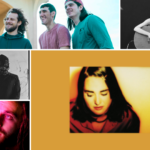