Rapper $not has delivered a new single titled “Can You Help Me?” and it’s all about social justice and police brutality. Moreover, the song’s proceeds will all be donated to Engage Miami, an organization that promotes civic education and voting literacy among South Florida’s youth.

“Can You Help Me?” is, according to a recent press release, “…a plea for help for the Black Community in the fight against police brutality.” Moreover, just days after George Floyd’s tragic murder at the hands of police officers, $not took a break from recording his new album to pen this track, his “…visceral response to the long history of social injustice and the murdering of Black people in the U.S and all over the world.”

The single’s artwork is inspired by an iconic photograph shot during the 1967 Milwaukee riot, one of 159 race riots that swept the U.S. during the “Long Hot Summer of 1967.” 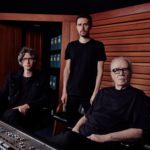 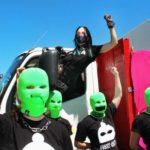