An artist capable of incredible versatility, Robert Lundberg is a highly-regarded photographer and filmmaker known for his artful documentaries covering the worlds of music, comedy, art, and film. After growing up in Massachusetts, Lundberg moved to New York City to more fully invest himself in his career in art and film. An individual never opposed to taking on new challenges, Lundberg has now immersed himself in perhaps his most challenging project yet, the new documentary series titled Uncontaminated Sound – The Interviews.

Debuting in February, the series follows comedians, musicians, fine artists, and actors in an effort to gain an inside perspective on their creative process which can only be fully encapsulated by going behind the scenes. The purpose of the series is to offer an intimate look into all of the rarely seen or known “little things” that take place during interviews and other similar encounters with artists and performers. Oftentimes, most features are heavily edited, capturing certain moments often heavily vetted by those in charge of the content’s creation or final product. But that’s not the way Lundberg’s functions as an artist. He makes sure to bring you all of the raw, authentic moments that you would never otherwise get a chance to experience and enjoy.

Now, as we approach the end of June, it’s again time for another new episode of  Rob Lundberg Presents: Uncontaminated Sound – The Interviews. For episode ten, Lundberg caught up with American painter and artist Brandi Milne, a highly accomplished young woman with a gift for expressing herself with her unique and original painting skills. Remarkably, Milne is completely self-taught, relying on her wondrous imagination as a child as motivation to develop beautiful works of art with a wide range of themes, including love, loss, pain and heartbreak. Growing up in Anaheim, California in the late 1970s and 1980s, Milne became enthralled with cartoons, toys, the nearby Disneyland, and the joy of family holidays. In a different respect, each of these things had a significant influence on her as an individual and it motivated her to create her own type of surreal world using crayons, pencils, and paintbrushes. As she grew older and emerged from her adolescence, she began to realize that she had a genuine talent for creating incredible art which drove her to pursue a career as a painter.

As her career has progressed, Milne has gained more and more recognition for her original creations, with many of her works appearing in art galleries and museums, not only across the United States but around the world. She has been prominently featured in many online and written publications including Hi Fructose and Bizarre Magazine and became a published author in 2008 with the release of her first book So Good For Little Bunnies which was then followed up with the release of Frohlich in 2014, both with Baby Tattoo Books. Milne has also been a collaborative partner with many significant American companies, including Hurley, Billabong, Disney, Sugarpill Cosmetics and Acme Film Works for CVS Pharmacy.

With some words on Milne and his conversation with her, Lundberg offered, “At first glance of Brandi Milne’s work one can imagine transporting into a world a viewer could describe as a Tim Burton flick mashed with the cuteness of a Disney animation, though running with a sinister undercurrent.

Candy and sweets are commonly placed within her fairy tale worlds tempting the viewer to eat such delicious treats. However, their subconscious warns of a danger way beyond the assumed innocence of say, the mere ice cream cone or marshmallow.

In conversation 010, I was curious to explore this duality between the innocence of fairy tale and the dark shadows of reality with the accomplished Southern California-based pop surrealist. We also dive into how putting one’s work out in the world is the most nerve wracking aspect of an artist’s job no matter how experienced they are.

Milne’s work has been shown nationally and internationally, along with being featured on the cover of Hi Fructose magazine, and numerous others respectively. Please enjoy.”

Lundberg has many more interviews lined up with acclaimed artists who have agreed to be participants in Uncontaminated Sound – The Interviews in the coming weeks and months. Lundberg has already been bringing you his ongoing series Uncontaminated Sound which takes a look behind the scenes to get a look at performers before they take the stage. The series has featured Macklemore’s Gemini Tour featuring Eric Nally (formerly of Foxy Shazam) and Xperience, Louie Anderson, Sinbad, Ron English, We Are Scientists, Rufus Wainwright and more. Lundberg’s photography has been highlighted in publications such as Huffington Post, Paste Magazine and more. 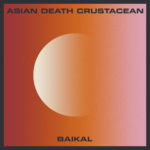 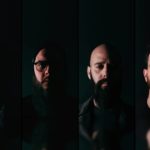