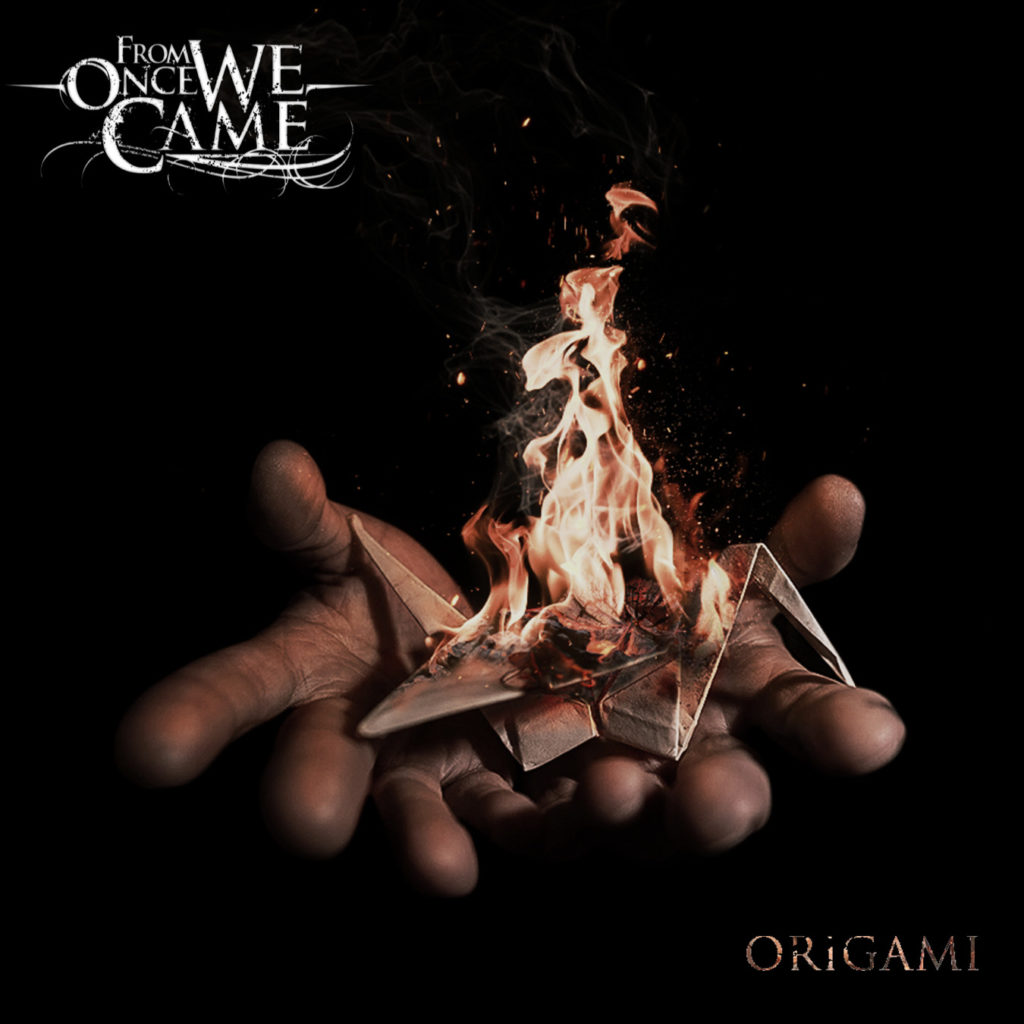 From Once We Came – ‘Origami’ [Album Review]

After four years bouncing around the UK metal scene building their profile, From Once We Came launch their debut full-length, Origami, independently on June 5th bringing their brand of death metal across nine tracks and aiming to carve a niche with their energetic and often more melodic take on the genre.

Opening confidently with the energy and composure of a large established group, “Cowardice” is rooted firmly in the deathcore style present throughout Origami, yet the technical djent touches to the rhythm and lead guitars going into the chorus are what elevates the music of From Once We Came above some of their more generic peers. Continuing into “Progression,” and indeed throughout the album, it’s the ability to hit these melodic passages without losing the aggression of the music that, at points, blends into metalcore more than straight-up death metal.

Title song and album centrepiece “Origami Figurines” showcases From Once We Came at their finest; blending the energy of a younger Parkway Drive with the melodic elements of fellow Brits Bury Tomorrow to bring a genuine headbanger of a track and a standout from the release. To make another point of comparison, throughout the album there’s a feel of melodic metallers Erra with the grooves locked in and lead guitar over the top – although without the clean vocals as liberally applied. With a track named after the band and a generous helping of “Fuck you” lyrics within as well, there’s a hint of the swagger and attitude of Upon A Burning Body, with some instrumental passages reminiscent of their early releases.

There’s plenty to like about Origami and certainly enough to make it strongly recommendable, however there are some drawbacks. Production is functional and enough to allow the band’s sound to be enjoyed yet it is lacking some of the additional polish the genre’s forerunners would bring – perfectly understandable for a debut effort, but noticeable enough to be mentioned. The album as well isn’t going to win any new fans into the genre; this isn’t a huge death metal-transcending release that’s going to bring new listeners to aggressive music with harsh vocals, though it is a solid album for the genre.

With their debut effort, From Once We Came have swung and struck well with Origami – herein is a collection of tracks that show a death metal band able to operate strongly within their genre as well as bring in influences from subgenres such as metalcore and djent. It’s a very promising beginning for an act that is definitely one to catch live once shows start up again.

1. Cowardice
2. Progression
3. No Call Back
4. Origami Figurines
5. Behind Closed Curtains
6. Fight Or Flight
7. Lost In Thought
8. Band Of Brothers
9. From Once We Came