When you think about it, the ceiling really does have a staring problem. It stares at you all god damn day. Whether it be your bedroom, your bathroom, your office… Will it ever end?

Well, obviously we’re being facetious, despite the truth of it all. Which brings us to Columbus, Ohio’s The Ceiling Stares and their brand new song “Wicked Problem,” a wonderful combination of synth and modern rock that mashes up the best features of today’s modern rock and groovy ‘80s synth. “Wicked Problem” is the title track to the new Ceiling Stares record, the brainchild of the conceptual mastermind of it all, Stephen Patchan. The single shakes up the hypnotic sounds of post-punk with some lavish electronica with a grade A sonic quality to it. It’s trippy if you like that sort of thing and is a nod to the early sounds of Wire, the English post-punk band of the late ‘70s.

Speaking of the song, Stephen says, “A wicked problem is universal and timeless and undefeated. Why isn’t there world peace? Well, that’s a wicked problem. Why do children starve? Why do good people die? Wicked problems. How do you cope with wicked problems? That’s what I’m trying to get at here. For me, it’s a sort of mindful approach, I guess. Acknowledge that you’re at the whim of this fucking thing and maybe make fun of it. Do I want someone to overdose like Nikki Sixx? Not really.”

The ode to Wire is not the only one you’ll hear through the entirety of Wicked Problem, with other homages paid to both the Eagles and Pavement on other songs. The record is defined by its punchy, synth-rock aesthetic that thematically lunges into a group of existential terrors, filled with vulnerability, flair and punishing social commentary.

Patchan enjoys leaving his inhibitions at the door when he writes songs. He pulls ideas out of the air and builds them into complete, well thought out songs. He’s a man who enjoys wordplay, at times making serious statements while at other times being humorous. You could say that Patchan excels at taking his music seriously while never taking himself too seriously. If you can subscribe to that or you just got some “wicked problems,” then you can definitely find something to like about Stephen Patchan. 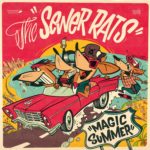 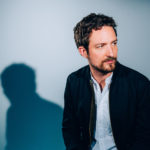