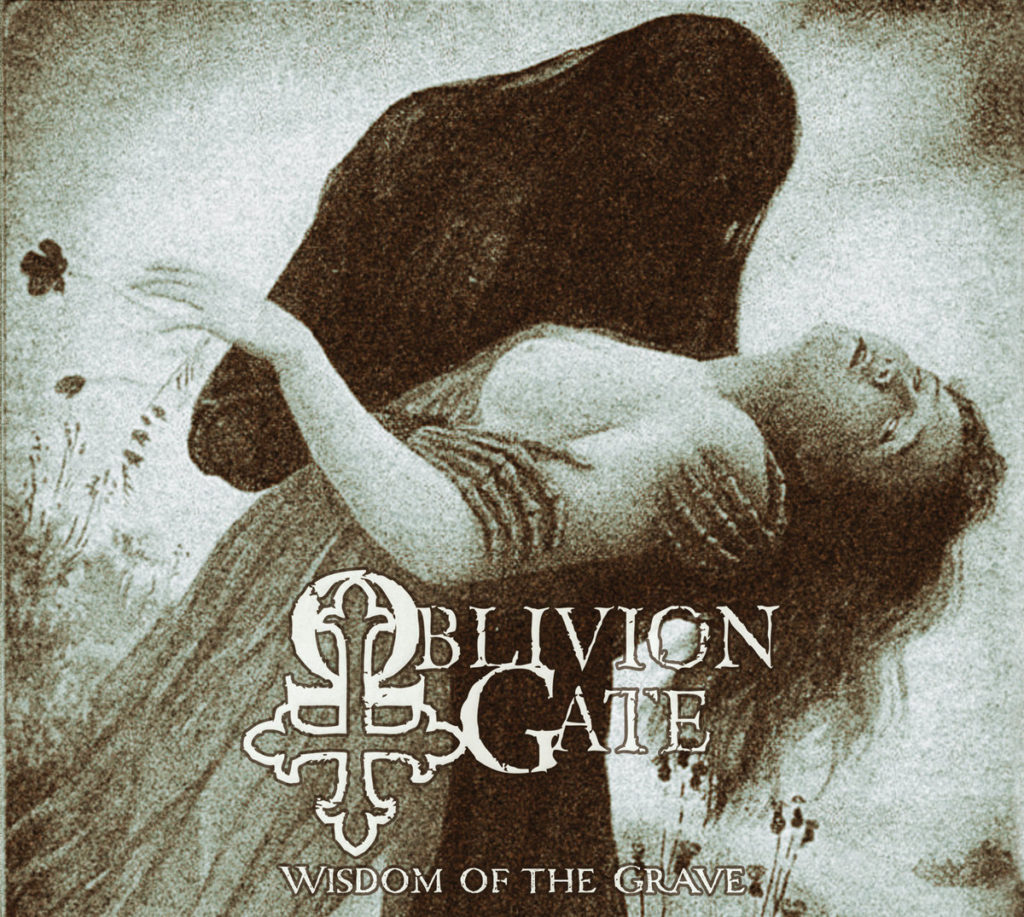 Matron Thorn is certainly one busy individual. The creator of Benighted in Sodom – a depressive black metal project – and more has begun a new endeavour by the name of Oblivion Gate whose debut record, Wisdom Of the Grave, was released on April 16th via ATMF. As someone who clearly delves into multiple genres of music for expression, the prospect of another project to dig into from the same individual was quite enticing.

Wisdom of the Grave begins with “Morphine,” which elicits a drudging, malevolent atmosphere and injects some promise for the record. Thorn’s distant, grunge-like vocals drag alongside the droning instrumentals and fit rather well together; it’s certainly a unique sound that permeates throughout the entire record and makes it stand out. This atmosphere is carried out through the majority of Wisdom of the Grave with some variation; for example, “In the Fields Where I Lay” attempts a more melodic approach to doom.

It’s quite difficult to define what Oblivion Gate is. There are certainly lots of ideas swimming around the record which are appealing and enticing for the listener, however, sometimes it comes across as an abundance of doom-leaning ideas that end up blending together and sounding very similar throughout. This creates a lack of depth which impacts the immersion and general understanding of the record, which doesn’t resonate with the level of these feelings when exploring Thorn’s other projects – Benighted In Sodom in particular.

The use of drones and synths in the background of the majority of Wisdom Of the Grave is a nice touch for developing a strong and consistent atmosphere and works well against the distorted riffs and drum patterns from drummer Raatikainen. The latter’s instrumental work is among the most appealing qualities of the record, as they provide much of the doomy punch Wisdom Of the Grave depends on. While the drums are somewhat drowned out in places – such as in “Give Me the Gun” – the energy they put forth dances beautifully with the Opeth-meets-Xasthur guitar passages of the aforementioned track and beyond.

There are, however, moments which have little impact, such as the slight use of a synth in the background of “Morphine” which seems to distract more than add to the overall track, and the cheesy “the devil don’t change, the devil changes you” which kicks off “A Strange Thing To Say.” This could be down to the teething moments of a project’s new life, however, and more work on refinement would certainly be suggested.

Overall, Oblivion Gate’s debut shows promise and a fresh approach to doom. It might not be as polished, innovative, or structurally inviting as it could be, but it’s a solid foundation for something more prosperous to be created in future releases. In its current form, however, Wisdom of the Grave doesn’t have much of an impact.

Wisdom of the Grave Track Listing: