Perchta – their name influenced by a pagan goddess revered in the Austrian Alps – began their journey in 2017. With a heavy understanding and appreciation for Austrian folklore, they set out to blend it with the expansive and immersive sound of atmospheric black metal. Their debut, Ufång, was released on April 10th and saw them take on these influences and present their folklore to the world through “local vernacular before a backdrop of tremolo guitars and ritualistic folk passages.” As someone who has recently had a surge of folk-oriented metal sent to my ears, I was eager to check out what Perchta had to offer.

With the intro, Ufång immediately jumps into the folk vibe. As the crunch of leaves and a solemn, heartfelt guitar plucks away alongside what sounds like static, an ominous and curious atmosphere is born. It follows through nicely to “Erdn”; the patter of footsteps and sound of a siren fade before the track bursts to life. As gorgeous as the intro is, the first punch of Perchta’s sound in Ufång is on an entirely different level; rough, forced vocals penetrate the ears over crunching guitar passages in a tribal explosion of sound. Here, the production quality is immediately noticed; careful planning has been made so that every crunch, tone of voice, and syllable is heard in all its power to amplify the dispersion of folklore and emotion.

Throughout Ufång, there is a delicate blending of traditional, and rather emotional, folk instrumentals with fast-paced blast beats and fierce vocal rasps. Sometimes, it focuses on the former over the latter – “Långs” being one such track. Its hypnotic acoustic passages with enveloping vocals which fluctuate in velocity from whispers to eventual screams is a powerful interlude between the intensity of other instrumentals found on Ufång. It’s a strong tribute to traditional folk writing which gives the record even more depth. The next song, “Åtem,” brings us back to the ferocity of black metal at the forefront of Perchta’s sound, with the folk instrumentals taking a darker approach to pairing with the dancing bass and the vocals a more melodic and accompanying tone. “Gluat” follows a similarly striking sound and remains as one of the standout tracks on Ufång, alongside the 10-minute epic “Wåssa.”

The versatility of Perchta’s vocalist is perhaps the most enticing part of Ufång. From soft, personal whispers to dramatic chants, to full-on black metal screams and near-gutturals, this diversity in vocal approach allows Perchta to explore several different styles and directions and make every track unique. Typically, throughout an album, one would get ‘used’ to the band’s sound and begin to expect certain riffs, passages, or styles, yet with Perchta each song is inviting and notably different. “Summa” feels like a continuation of “Långs”; however, there is a lack of the hypnotic passages and a focus on the voice, which is now stronger, thus giving a kind of allegory for the record while remaining standalone. One also gets the impression that the power and versatility of the folklore’s delivery and tradition through musical means is more important than the metal side of instrumentals itself, which makes for a strong listening experience.

Of record’s negatives, they are very few and minor at that, especially as debut albums are considered. The main comment is that due to the ebb and flow of folk and metal – such as the gentle lull of “Långs” led immediately into the powerful “Åtem” – there is a strong and occasionally distracting flow of energy to some parts of the record. This alteration between folk and metal (while there are indeed tracks which fuse the genres in between) can make it difficult, in places, to sink into the atmosphere of one or the other. However, this being the main criticism one finds after listening to Ufång on multiple occasions is a clear mark of the record’s success.

Ufång is a striking and multi-faceted debut effort from Perchta. Their respect and clear admiration for traditional Austrian folklore and traditions presents us with an opportunity to learn more about a culture that is beginning to grow in the metal community. Their ability to blend these traditional elements with captivating black metal makes for an immersive and diverse listening experience; one which any black metal and folk fan should explore. Quite the journey indeed, and imaginably more so in a live format. 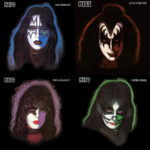 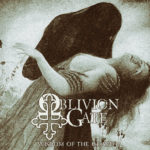