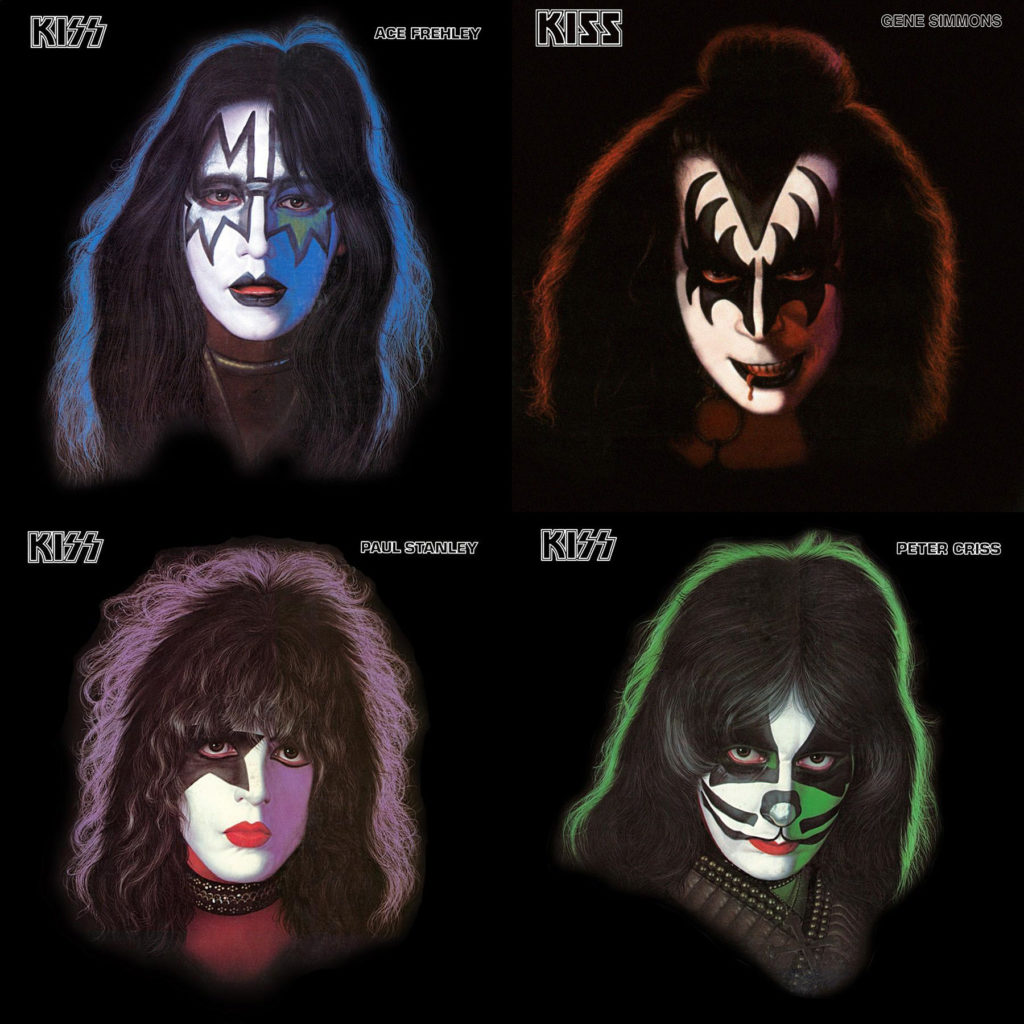 If you’re bored and locked inside of your own hell-opinion prison cell, let’s dig through some LPs and see what we can find. My discombobulation is like the classic scene in High Fidelity where John Cusack is re-arranging his record collection trying to find heads or tales of an album that has two side Bs excluding a side A (yes, I do own one of these). Oh lookie here, we have the KISS solo albums, so let’s take time and reflect.

This, in retrospect, is a batch of albums a lot of us didn’t have the cash on which to splurge when they first hit the streets – we weren’t trust-fund kids. Addicts of the band knew when a new Kiss album hit store shelves it was like heroin. But this situation was different, as suddenly there were four to choose from. So what do you do? You go out and collect a bag of smashed beer cans, a couple of Coke bottles and perchance mow the next-door neighbor’s lawn. Ol’ Gene Simmons might have known what he was doing financially, but he was oblivious to what he was doing mentally to the bubblegum crowd. Let bygones be bygones; the point of the story is, as an adult who might now have some spare change, you should pick these up.

Let’s start with the underdog, er cat, Peter. I’m not a fan of the A-side, but side B has some great Rod Stewart qualities, and you should blast this like a fire alarm after a 10 PM volume curfew. There’s a great Jerry Lee Lewis-like piano vibe going on that makes you wanna rock and roll all night and party every day in the back alley after all the bars are closed and you’ve lost the keys to your house. With a bit of alley cat inside all of us, Peter Criss’s solo album makes you want to prowl and hunt, for whatever it is we prowl and hunt for, and you should be able to find some fixation on this Catman release.

Paul’s album has not stood the test of time because let’s face it, the guy’s not scary, and some of us liked the scary elements of Kiss. This release kinda reminds me of a cross between Rock and Roll Over and Love Gun, which is a majestic thing, but with too much touchy-feely Saturday Night Fever rolling around your local skating rink. It’s like the precursor to what burned the firehouse down and became Dynasty. If it wasn’t his fault, it sure sounds like it, but let’s limbo into the good stuff. We know which album sold the most, so let’s break from the couples-skate and hit the soda bar and pinball machines.

The God of Thunder, Gene Simmons has been signing all of us up, even at an early age, to become part of his team. The standout tracks on the demon’s album are “Living in Sin” because of Cher’s phoned-in performance, “See You Tonight,” which includes a blatant rip off  of the melodic interplay of George Harrison’s “My Sweet Lord” and “Wish Upon a Star.” As a frightened ten-year-old who didn’t want Godzilla to sing you to sleep, I know you don’t have to worry about the boogie man tonight. Sleep with your Gene Simmons pillow because, as a demon, he will love and protect you. Gene is the God of patents, and his money-hungry financial sins are forgiven.

“If the Devil wants to play his card game now, he’s gonna have to play without an Ace in his deck!” It seems to be everyone’s favorite of the four – evident in the record sales. “Ace is back and I told you so,” but no need to reference “Rock Soldiers.” Bringing back a pre-pubescent rush, this is a blessing of something lost and newfound. In the dark matter of whatever it is we’ve been through, this resurfaces and makes you feel like a kid again. This was a sign of the times. Who would’ve thought “New York Groove” would be on the Casey Kasem countdown? It’s like a retrospect from the right of passage. You can’t single out one song, as the entire album is a trip. We all loved the characters of Kiss, but, out of them all, I wanted to be the Spaceman, and maybe there’s a part of him that lives in the record shelves of my heart. Who did you want to be for Halloween?