It’s time to get on your dancing shoes because we are going to jump loud and proud today with electro-dance duo, Dance Loud. The Chicago-based pair just released their new single “Shady Beach,” a song about getting stoned and spreading love. Musically, the track walks the tightrope between electronic immersion and alternative orchestration. It’s an exciting sign of things to come on June 5th when Dance Loud are due to release their debut record, The Moment, which was written and recorded in mostly a do-it-yourself manner. Ideally, the album is intended for listeners to experience as a whole in a full complete listen; Anything less and you won’t quite grasp at the emotional experience.

The release of The Moment comes as such a relief for DJ and producer Kristin Sanchez and guitarist, drummer and singer Desereé Fawn Zimmerman, twelve years after initially forming. The two first met in art school and their relationship grew from there, to the point where they became both a couple and a musical duo. To jumpstart their career, the two took on work in real estate from which they financed Dance Loud. Things were almost put to an end for good after a horrific car accident left them both maimed, with Sanchez severely injured. After Sanchez spent a month in hospital, they became even further bound and determined, and the result of said determination is The Moment.

In the newest edition of our High Huddle interview series, we spoke with Kristin Sanchez about her and Desereé’s interests and preferences when it comes to marijuana and the whole “high living lifestyle.”

Kristin Sanchez: “Love weed for most smoke sessions, then hash and rosin for traveling, and organic oil for the quick puffs. We mostly enjoy flower.”

“For celebrations, we love using water bongs. We hit a glass water bong on our first date. For everyday smokin’, we love a perfectly rolled thick joint using non-bleached OCB papers. On a super special occasion, we have the power hitter (popular in the ‘70s given from Desereé’s stepdad), a foot-long joint roller (joint seen in ‘Shady Beach’ music video), and sometimes will roll a variety of different strains in one long joint.”

“We like sativas for breakfast and/or lunch, hybrids after dinner, and a hard-hitting indica right before bedtime.”

“All of the above! Super Silver Haze helps us create. Lemon G is our favorite for taste, as well as replacing Kristin’s previous Newport cigarette addiction, and mellowing out. Kristin will sometimes smoke to create munchies in order to be better at eating vegetables. Munchies also helps with Kristin’s lack of appetite when stressed before shows. It also increases skill for scratching records (does not help with mixing records) and helps with dance moves. We both love to smoke before hitting the gym! This helped greatly while finalizing the mastering of our album.” 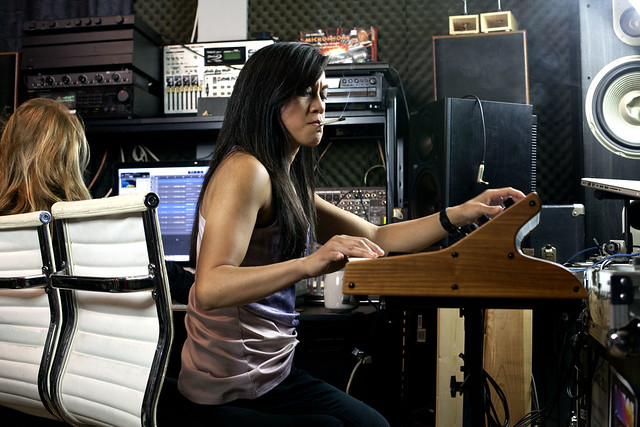 “Our all-time favorite strain is Super Silver Haze by Green House Seeds for its creativity. Second place goes to Lemon G, highly guarded clone-only strain from Ohio. White Widow (Green House Seeds) and Diamond OG are our favourites for that muscle relaxation. Our goal is to meet Arjan Roskam from Green House Seeds!”

How do you get your ganja; dispensary, bud-buddy, government (yes, some countries sell it direct), self-grown? Maybe you have a range of options? Share!

“We self-grow along with collecting from various long-term craft friend farmers in Chicago and commercial large scale Michigan and California facilities.”

“That is Desereé’s specialty! She has made candy canes for our Christmas parties, hard candy, gummies, healing tinctures, and oil-based entrees like salad, pasta, etc.”

“The creation of ‘Shady Beach’ was quite an extreme high that felt like we were flying as high as the birds chirping outside that night turned morning at 6 am when creativity hits us the hardest. We tracked all the instruments surprisingly in one day with a great sativa high. There was also another experience where we accidentally put too much sativa trim within some brownies and felt so trippy that it would be hard to tell if you ate brownies or psychedelic mushrooms.”

“That accidental high brownie potency was one of Desereé’s best and worst weed experiences. The later part of the trip became scary as she was convinced that if she imagined nothing, everything would disappear. She thought she was living in a matrix of some sort. It was funny and scary.”

“I believe that because we are such stoners, our music tends to put you in a trance or stoned like high. Some songs have a sativa vibe while some have an indica/meditative vibe. We created our ‘Dimes’ song to enhance meditation and guide your breathing through pulsing synths. Indicas help us turn off muscles for meditating!”

“I believe you can only consume too much by ingesting or eating it. Smoking is just too hard to overdo. We ate a bunch of honey pot once and had a long hilarious giggly time trying to do simple tasks in public stores.”

“No, it just makes you happy and you never advance from that. We aren’t into any other substance outside of the occasional use of shrooms.”

“If we had to pick, we would choose sativa! It’s a productive high with lower THC levels.”

If you smoke dope doobs, do you roll with a filter, and why/why not? What about mixing with tobacco, a sin or sinfully good?

“We roll with cardboard filters that roll up with papers. We do not mix with tobacco or anything else. We are old school in that way.”

What is the most devastating grow related issue that you’ve encountered, and what strain were you growing at the time?

“In the first year or so of growing, we had a spider mite infestation from babysitting a friend’s plant. We had to destroy everything to get rid of them. Not only destroy but couldn’t grow a new batch until at least two weeks to assure they are all gone from having no food source. This happened with our first batch and we were growing Super Silver Haze, Power Kush, Blueberry and White Rhino at that time.”

Do you prefer Hydroponics over soil growing and why?

“We prefer coco soil-less mix over hydro! With Kristin being clumsy, it would not be a good idea to store the large amount of water hydro requires unless we have a basement space with a floor drain. That way, large spills from being clumsy will be taken care of with a nice drain. Would like to experiment with DWC (deep water culture) for vegetative stage and finish off in soil-less coco for the mature flower stage.”

Do you have your commercial growers license, and what was the biggest hurdle you had to overcome along the way?

“Nope! Illinois requires a giant amount of liquid funds to be a licensed commercial grower.”

How many plants do you have in your grow space , and since going commercial you likely have more growing than you can manage yourself? Do you now employ staff? How many?

Do you use any specific plant training techniques (such as topping etc.) , or do you simply let the plant grow?

“Desereé is better at topping right when there are four nodes. We top once and train main stalks by bending and twisting.”

Do you have any advice you’d like to share with fellow growers, who might be on the fence about the decision to go commercial, or stay more on a smaller scale?

“Research the owners of commercial grows if you go that route. Some are not in the best interest for the greater good. If you stay small, make sure you keep a large strain inventory by trading with other craft small grows.”

Do you have any idea what the dollar amount is, that the decision to go commercial has cost you to date?

“I did know but can’t remember. I recall that the dollar amount was too high and only going to be for the extremely wealthy.”

If you’ve gone larger scale, one might imagine that the next move might be cannabis genetics. Have you thought about coming up with your own strain & seeds?

“Yes!!! It’s our goal to crossbreed Super Silver Haze and Lemon G! Would love to create our own Dance Loud strain.”

“Been researching LEDs but have yet to invest and replace HPS lights. Would love to automate all the different frequencies LED has to offer and control the growth pattern.”

After harvesting, what is your procedure for drying & curing?

“We make sure we trim right when the stalk can crack. We jar it up and let it breath every day by opening the jar for a few minutes. For an extra flush making the taste more amazing, I add an extra step of cutting at the stem base and letting it sit in plain water to drink for at least a couple days before hanging. We have found that using organic nutrients is the best for terpenes, overall smell and taste. This is not a common practice at all especially for commercial grows.” 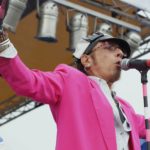 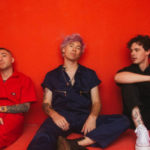