Speaking of the track, vocalist Jon Lundin says, “A lot of times when I write lyrics it’s like I’m talking to myself. A million pieces is pretty much me talking myself down and letting myself know that I have to pick myself up. It’s about forgiving myself for my guilty conscience and reassuring that everything is going to be ok. The verses are basically my vulnerabilities and insecurities and when the chorus hits it’s the voice I need to hear to get me through whatever it is I’m going through.” 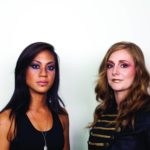 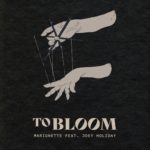