Considering the rising popularity of American metalcore band Beartooth, it’s no surprise that the Manchester Academy is packed to the rafters when the band arrive in town for the latest date on the Ohio crew’s The Disease European tour. 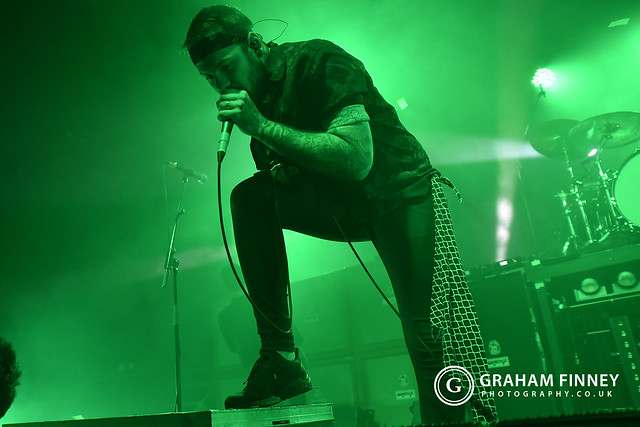 Given the fierce rivalry between the cities of Leeds and Manchester, it’s surprising to see that not only is the vene packed out when Yorkshire hardcore band Higher Power take to the stage, but that the Manchester metal scene are more than welcoming to the band. Seriously though, setting the energy levels early, the hardcore punk band are supporting recent album 27 Miles Underwater and whip the crowd up ready for the action to come.


Next up are melodic hardcore band The Amity Affliction who certainly have more than a few fans in the crowd. Whipping up the crowd with their melodic, singalong anthems, frontman Joel Birch bounces about the stage as their fans scream along to offerings like “All My Friends Are Dead” and “Drag The Lake”.

Watching the Aussies thunder through their set, it’s definitely a cathartic experience for both the band and their fans with things really hitting their stride during a particularly visceral “Soak Me In Bleach”. By “Death’s Head”, the finale of their set, the Aussies had made sure that the headliners were going to have to be on top of their game to match them.


Three albums in and the Ohio metalcore headliners are really picking up pace. Back in the UK for their biggest headline dates, this date in Manchesters sits right before their biggest London headliner at the Roundhouse. The set kicks off with a room-filling blast of confetti as the metallers kick into “The Lines” from their breakthrough debut Disgusting.

Pulling together a monstrous set from all three of their albums, including their most recent Disease, the band have now tapped into the mainstream with their anthems. Throwing all their effort into tracks like “Aggressive”, “Bad Listener” and “Manipulation” are screamed back at frontman Caleb Shomo with equally as much passion from this crowd.

A crushing drum solo breaks up the ferocity of the set while earlier tracks like “Beaten In Lips” and “Body Bag” are delivered with the kind of throat-shredding, lung-crushing force that made their debut such a hit. The main set ends with the title track of their mainstream smash Disease before the night crashes to a finale with “In Between” leaving fans pouring into the cold Manchester night declaring that Beartooth’s Disease Tour was truly “sick”. 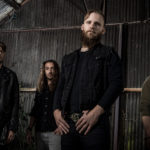 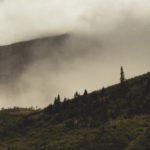