Lord Buffalo, hailing from Austin, Texas, brings the heaviness on Tohu Wa Bohu, their latest record for Blues Funeral Recordings. And I’m not talking about the low-end, fuzzy heaviness usually associated with the Black Sabbath-worship that typifies the stoner/doom scene, I’m talking about the real, gritty emotional weight that their neo-folk Americana brings. When people in the music industry say ‘gothic’ the immediate association may be pale skin, fishnets and melancholy, but where Lord Buffalo are concerned, their interpretation is monumental, frightening and downright unsettling. While an obvious stylistic comparison may be the work of Nick Cave, I’d go further and argue that it is his writing – like the jarring And The Ass Saw The Angel – that better aligns with Lord Buffalo’s output than his music. This isn’t the gothic that wears lace cuffs and a permanent air of depression, it’s the gothic that buries its children under the house to save them from the perils of growing older.

And to make matters even worse, it’s all delivered in such a pleasant, lo-fi straightforward manner that you can’t help but open up to it and let the seething discord wash over you. Just imagine, for a moment, if ‘80s new romantic fringe acts like Specimen or Christian Death embraced a simpler rock-oriented mindset and wardrobes your parents wouldn’t cringe at; you might just be imagining something approaching what Lord Buffalo manage on Tohu Wa Bohu. And that’s not the only post-punk affinity to be found. The downtempo drawl of “Raziel” echoes Darklands-era Jesus and Mary Chain, the staccato guitar stabs on “Halle Berry” are straight off a Birthday Party disc and the subtle, serpentine vocals (hugely appropriate given the song title!) on “Heart of the Snake” could easily be a Peter Murphy composition.

One negative criticism is the emotional weight of the album, and I hate to bring it up because authenticity in emotion is sadly missing in so much music today. But Tohu Wa Bohu is an apt name in this case, as the ‘without form and void’ cold rawness of Lord Buffalo’s organic folk makes for a soul-crushing album to listen to in one sitting. There’s so much delight amidst the pain on this record, and so much genuine resonance with the ills of the world, but taking it all in at once leaves you bereft as a consequence. By the time you reach the slow drawl of “Kenosis,” you truly have reached a state of emptiness, ready to be made anew. Just another example of perfect, apt song titles by Lord Buffalo.

Gentle keys, soothing strings and a crawling tempo make “Dog Head” the real winner on the album, though. The glorious fuzz, once it descends, is such a balm, this song easily becomes the most human and evocative on Tohu Wa Bohu. Even the lazy sprawl and muted melody on the title track don’t quite match up: the sing-along hook might be catchy, but it’s the serrated psychedelia of the former that trumps the latter.

Lord Buffalo is an anachronism, but a welcome one. Their minimal folk-stomp sound may leave a listener close to tears at times, but the net result is still a catharsis. Tohu Wa Bohu is easily the most dismally melancholic album I’ve listened to in years, but that in no way detracts from its beauty. 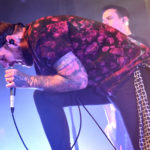 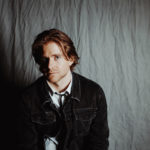