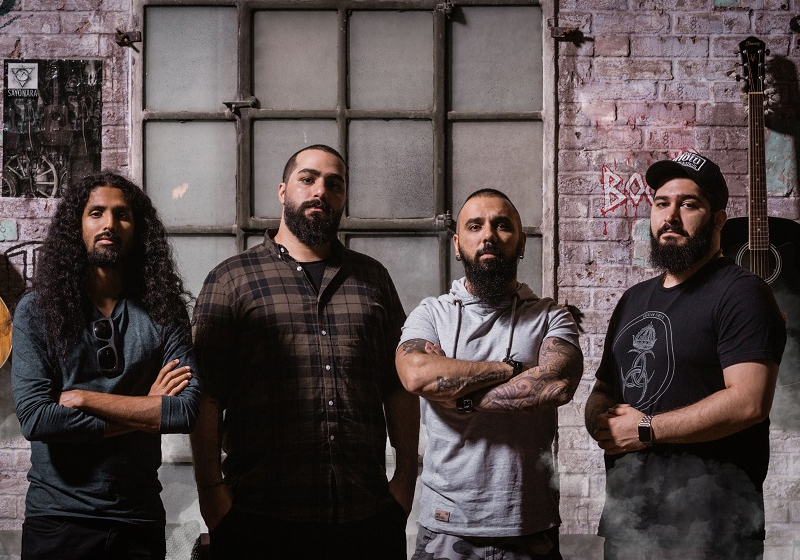 It’s the start of another week at PureGrainAudio so, to set you going, we’ve pulled together eight new songs, videos, and bands that have recently landed in our inbox that we think you should check out. Enjoy!

01. Marisa & The Moths – “Choke”
– Marisa And The Moths continue their rise with a new single, “Choke”, taken from their self-titled 2019 debut. “Choke” follows the release of the band’s previous three singles, “Needy”, “Skin” and “Slave”.

03. The Guru Guru – “Origamiwise”
– Belgian 5 piece The Guru Guru have dropped their quirky and menacing video for “Origamiwise”, taken from the band’s sophomore album Point Fingers, which will be released on Luik Records (BE) and Grabuge Records (FR) on January 31st 2020.

06. Scardust – “Tantibus II”
– Acclaimed Israeli progressive / symphonic metal band Scardust, whose recently reissued their full-length debut Sands of Time, have unveiled a new taste of what to expect on the follow-up recording with a live recording of new song “Tantibus II”.

08. Crimson Star – “The Old Dawg”
– Drawing from a slew of influences ranging from Queens Of The Stoneage and Foo Fighters through to Muse, Crimson Star have dropped the lyric video for their current single “The Olde Dawg”, taken from their upcoming EP of the same name, out on April 3.

09. Huntsmen – “Ride Out”
– Chicago quintet Huntsmen have revealed details of their upcoming new album, titled Mandala of Fear, and released the first track to be taken from the album, “Ride Out”, along with an accompanying video, animated by Seth Whitehurst of Shadow Puppet Horror Theatre.

10. Stömb – “Dimension Zero”
– French instrumental quartet Stömb follow up the 2019 release of “Ephemeral”, the first taste of their forthcoming album From Nihil, with the unveiling of the brand new video single, “Dimension Zero”.