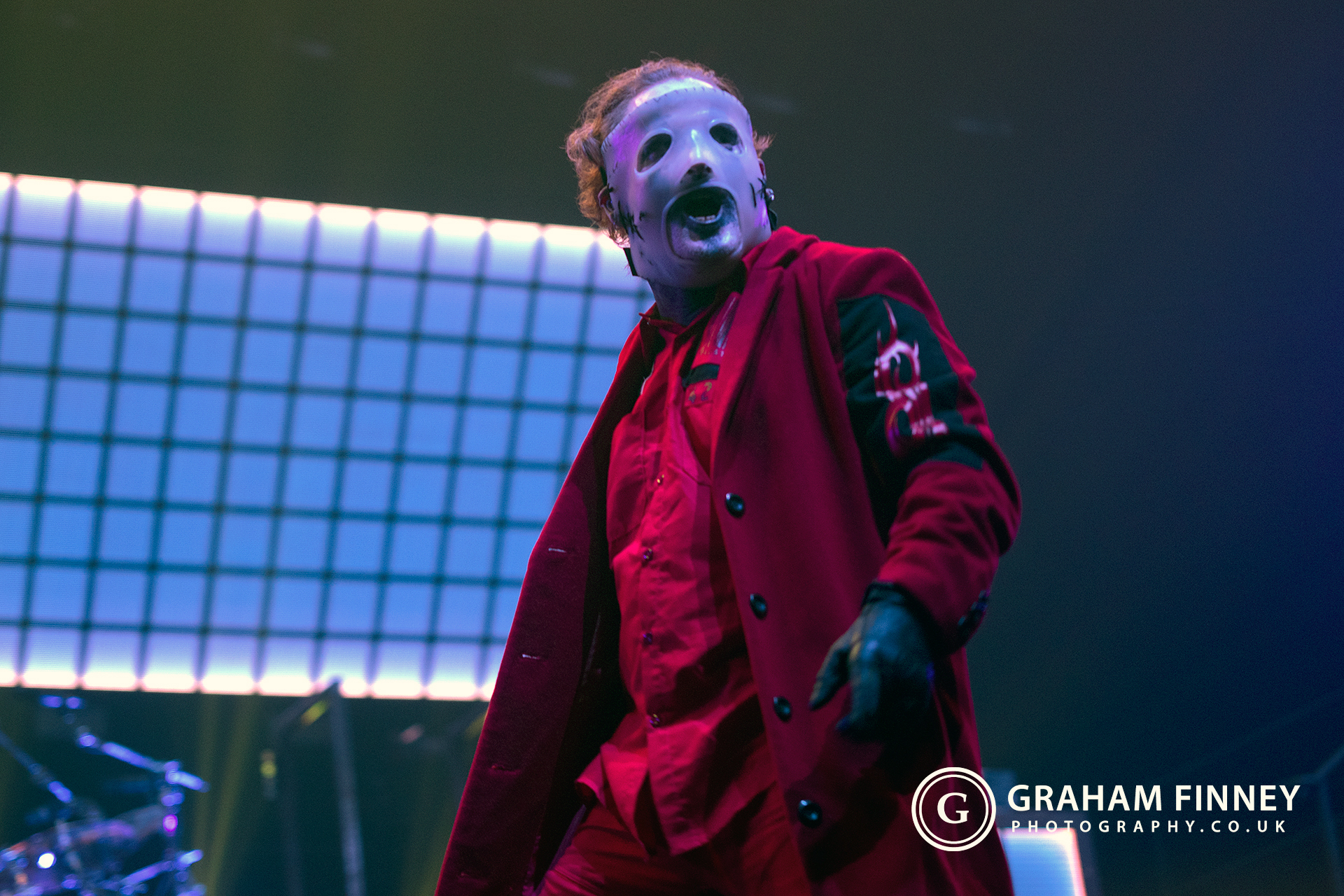 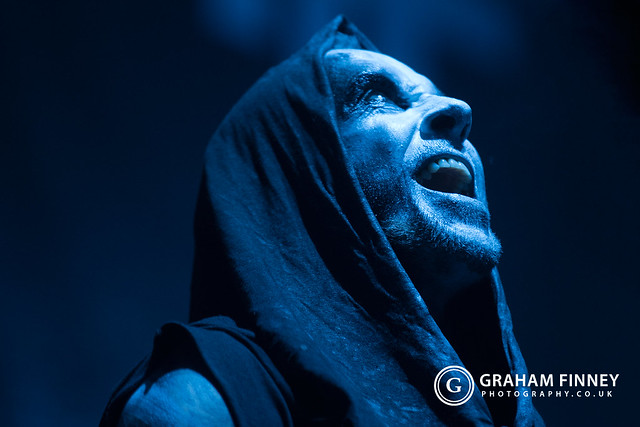 The “Nine” are finally back in the UK! After their storming return at Download Festival last Summer, Des Moines metal titans Slipknot are kicking off 2020 with a full UK arena tour in support of their stunning new album We Are Not Your Kind and the maggots are certainly out in force as the metal juggernaut rolls into Newcastle.

Opening for the ‘Knot on this run of dates are Polish death/black metal heavyweights Behemoth who stride confidently onto the stage demonstrating that they’re not just here to help pass on forty minutes until the headliners. Squeezing an headline standard performance into a support act set, the Polish extreme metal quartet are simply unstoppable. Spewing their music straight from the bowels of hell itself, Nergal and his henchman thunder through the likes of “Daimonos” and “Ora Pro Nobis Lucifer” to a background of flashing video screens and hellish flames. To the younger element of Slipknot’s fanbase (and their parents), Behemoth could not have sounded more terrifying but, to the rest of us, we’re counting the days till the band return to lay waste to Bloodstock Open Air in just over seven months time.

Here are Behemoth with their video for the truly evil “Rom 5:8”:

Being Slipknot has always been something of a rollercoaster ride but the last few years appear to have been particularly turbulent for the nine culminating in the recent and particularly public departure of percussionist Chris Fehn. However, having regrouped, the band returned and, following on from their field flattening Download headline set, are very much on top of their game. From the moment they stride out and explode into opener “Unsainted” and then tear through the likes of “Eeyore” and “New Abortion”, something feels different and it very much feels like you’re watching a band who are back unleashing absolute hell on stage.

Fehn’s replacement smashes himself around his kit while on the other side of the stage, Clown is perched atop of his merrily battering seven shades out of his set-up. Elsewhere, a rather creepy looking Sid Wilson is more animated than ever while Jim Root and Mick Thomson headbang their way around the impressive looking stage and, as for the band’s frontman, well Corey Taylor sounds like he is pouring every ounce of his soul into his performance. As for the set list, mixing old with new, fan favourites like “Pyschosocial” have the place bouncing alongside tracks from their return album We Are Not Your Kind like “Nero Forte”, “Solway Firth” and “Birth Of The Kind”.

Slipknot dished out a plethora of new tracks on this tour including “Nero Forte”:

Onto the show itself where, this time around everything looks and feels a lot darker and a lot more sinister and, while Taylor may talk about music bringing the family together, the roar is equally as loud when he asks the question “do you want me to take you to a dark place?” giving the impression that, for this crowd, much like the band themselves, nights like this are very much a cathartic experience rather than just another gig.

While the absence from the set list of hit songs like “The Heretic Anthem” and “Spit It Out” is noticeable, a particularly visceral finale sees the band roar through “(sic)”, “People=Shit” and “Surfacing” as Slipknot end an unforgettable night in truly ferocious fashion. Posters around the venue are already advertising the UK debut of Knotfest and you just know that, if that event is a special as these gigs have been, August 22 in Milton Keynes will be not only another huge middle finger to those who constantly write off heavy music but also an incredible night in the company of one of the most iconic metal bands around. 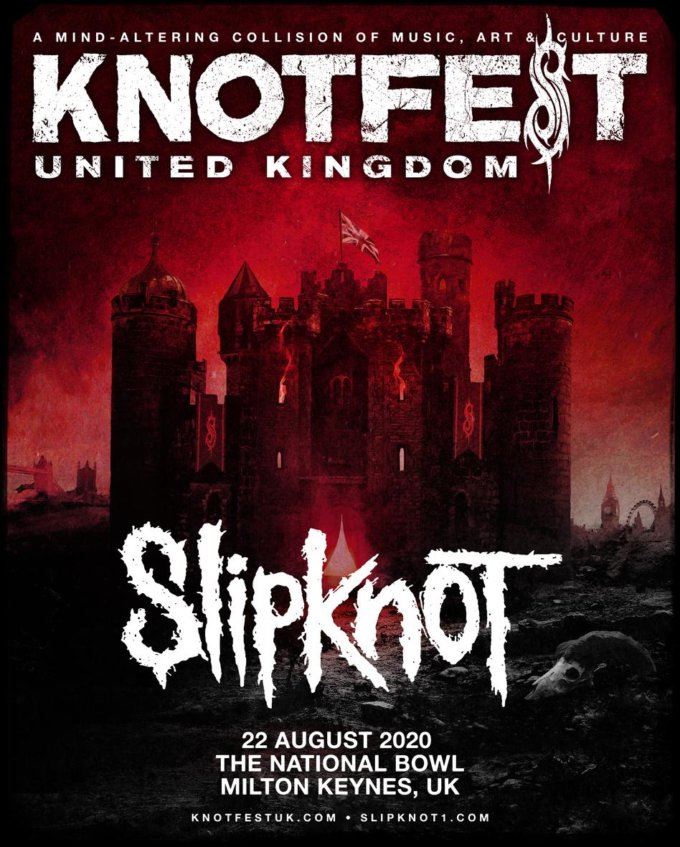