Share
Share on Facebook Share on Twitter Pinterest LinkedIn Email
Article Views: 291
We get a TON of emails every day filled with awesome new music from independent artists all over the world. Most of the time, we get to feature our favorite ones and share them with you guys. But sometimes, we don’t have the time to get to everyone on our list. Check out the bands below to see who we’ve been raving about behind the scenes and why you will be raving about them too! 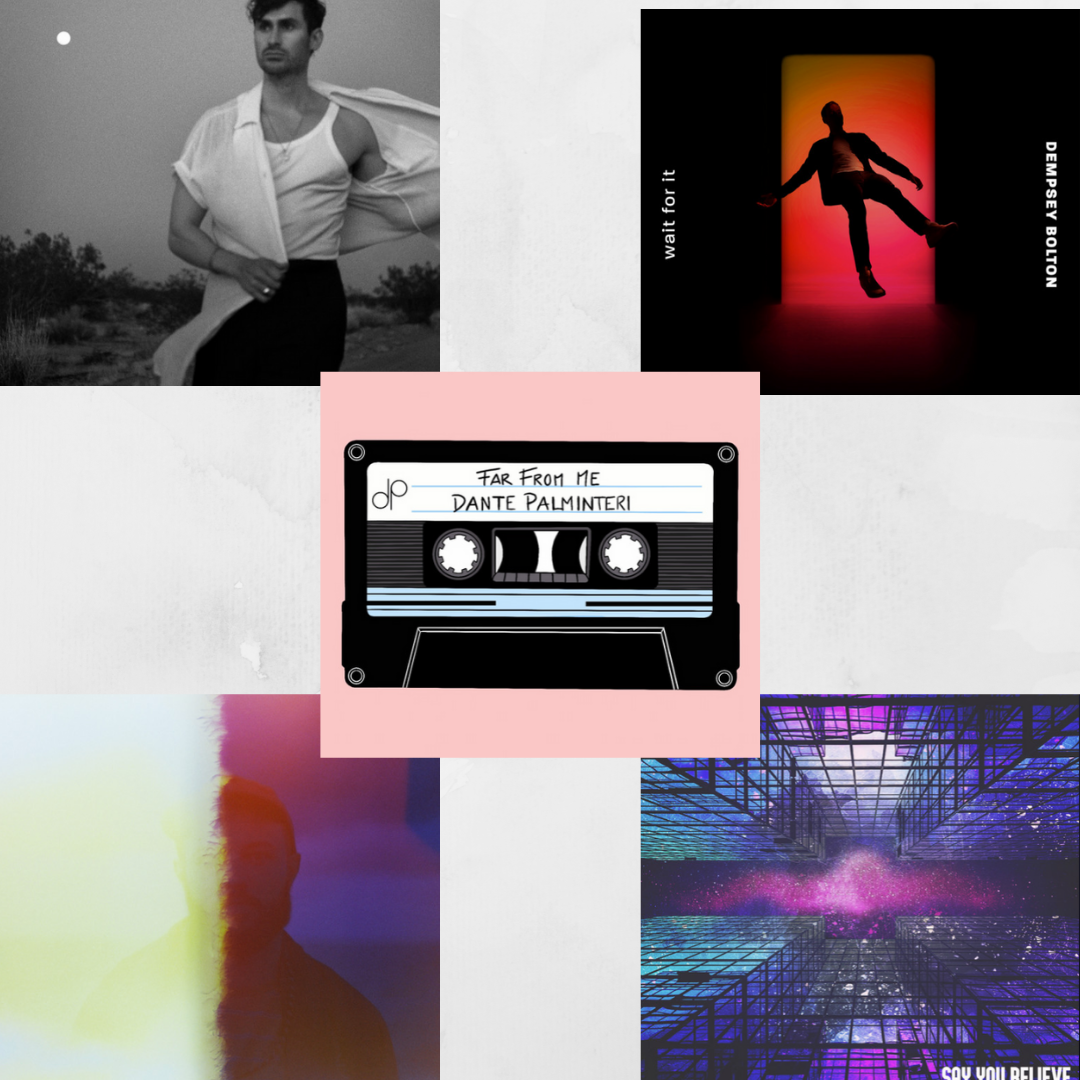 Song: “Hold Up”
Who: Whereswilder
Why We Love It: The perfect vintage soundscape and imagery that feels like the end of summer. Whereswilder shares their travels through Greece in the video while allowing listeners to enjoy the vintage 70’s rock vibe of their music. “Hold Up” is a song that’s easy and enjoyable to listen to and relax.
Song: “Far From Me”
Who: Dante Palminteri
Why We Love It: Reminding us of a cross between John Mayer and Ed Sheeran, Dante Palminteri showcases simple guitar melodies and velvety vocals that illustrate his impressive range and yearning lyrics which tug at your heart strings.
Song: “Say You Believe”
Who: Midnight Divide
Why We Love It: Midnight Divide channels Imagine Dragons with their new release “Say You Believe”. Confidently oozing bold instrumentation and impassioned lyrics, Midnight Divide narrates the hope of overcoming faults and becoming the person you want to be.
Song: “Lost To The Night”
Who: C. Shirock
Why We Love It: Based on a heartbreaking story of a friend’s brother who had disappeared and abruptly cut off communication with his family after suffering with PTSD from his experiences in the military, C. Shirock begs the question “if we had a chance, what would we say to someone we’ve lost?”. “Lost To The Night” is the poignant response to that question, supported by Shirock’s aching voice and refined pop sensibility.
Song: “Trust”
Who: Ursae
Why We Love It: “Trust” narrates building yourself back up after you’ve been broken down and figuring out who you want to be. Showcasing the singer’s impressive falsetto vocal range which glide atop cascading synths, “Trust” is reminiscent of Post Malone meets Toro y Moi. Detailing the emotions of feeling alone or far away from where you want to be or who you want to be with, the heartfelt song creates an entirely relatable message.
Song: “Give It All Up (Mr. Showtime)”
Who: Danny Toeman
Why We Love It: A refreshingly classic sound for today’s modern soundscape, “Give It All Up (Mr. Showtime)” is a G-R-O-O-V-E. Danny Toeman presents a dramatically beautiful, classic love song that perfectly captures his use of fusing vintage sounds with contemporary style with a certain grit that is highly ear-catching. A must-listen if you’re ready to get up and dance.
Song: “Wait For It”
Who: Dempsey Bolton
Why We Love It: We’ve featured Bolton before, so we were extra stoked to hear his new single “Wait for It”. His description of the single does such a swell job at explaining the thought and story behind the single that we felt obliged to include it here: “‘Wait For It’ takes a look at navigating intimacy differences in a relationship. I wrote it after reflecting on what I’ve seen in the media regarding sex. Growing up, there was an idea perpetuated in almost every TV show or movie I watched; the idea that sex is a conquest and, even more than that, it’s an all or nothing affair. For a long time I bought into this and I thought that I was only a man if I chased after hookups. ‘Wait For It’ examines this notion and challenges it. In the end, “waiting for it” (intimacy) becomes a celebration as indicated by the punchy beat and dance atmosphere. The song ends with the simple phrase “it’s alright”, signifying a change in mindset and an acceptance that it’s okay to have reservations about intimacy and to have to communicate different expectations with your partner.” – Dempsey Bolton
Song: “Golden Hour (Samlightning Remix)”
Who: Matthew Pinder
Why We Love It: The. perfect. summer. single. “Golden Hour” was already in our top 5 songs for the year, but this remix takes the single to a whole new level. A pop-centric alternative to the quintessential indie-folk track, we hope to see more collaborations between Matthew Pinder and Sam Moses.
Song: “On Our Own”
Who: Kar
Why We Love It: Kar is a brand new band, only forming a few months ago, and already making an indelible mark on the indie-pop scene. Take a peek at the band’s music video “On Our Own” for a taste of what this band is bringing to the stage. I guarantee we will see this band become an indie-pop staple.
Song: “Breathe”
Who: Most People
Why We Love It: Step back into the 80’s with Toronto band, Most People. The band infuses ‘80s and early ‘90s hifi pop to form modern indie-pop songs. Undeniably catchy, “Breathe” was one of our favorite tracks from their new album Call Me Up. Highly recommend checking out the whole album if you have time.
0