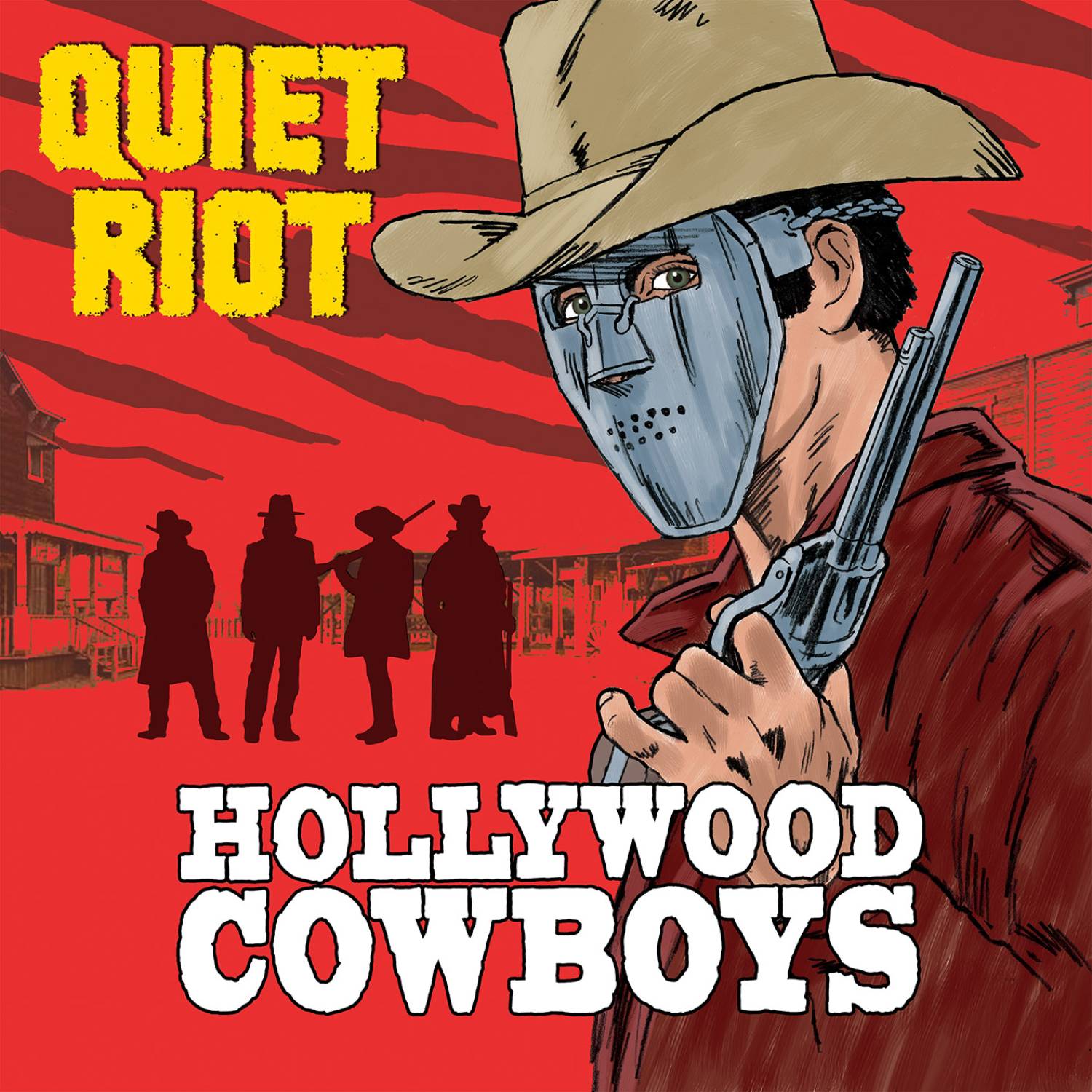 The logo represents an iconic arena rock brand — one that, for many, stirs immediate memories of that crazee mask from those noizey videos. “Bang your heads,” indeed, brothers and sisters!

Since their initial chart-busting run during the early and mid ‘80s, the LA-based powerhouse, Quiet Riot has managed to skate around all the stop sticks — “evolving” line-ups, fleeting fads, streaming, stealing and even — death. And through all these trials and tribulations, the band has continued working — touring and making new music — their 2001 record, Guilty Pleasures being one of their strongest to date.

The aforementioned label press release does get it right by further boasting that, “Musically, Hollywood Cowboys offers exactly what you would expect from Quiet Riot — arena-ready hard rock with strong hooks and infectious riffs.”

Check out the video for “In The Blood” here:

Produced by Banali, Hollywood Cowboys IS a legit arena rock record. But is it really a legit Quiet Riot record? Boasting NO original members, it’s a fair question. Truth be told, the songs here all are super-solid, and the musicianship — world-class. But given the uncanny, undeniable stylistic similarities between Durbin and Jesse Harte, Hollywood Cowboys could just as easily (and legitimately) be marketed as a new South Gang record — which ain’t a bad thing, by the way.

Of the record’s 12 tracks, several stand out as noteworthy highlights. A chug-heavy sing-along, “Don’t Call it Love” is a particularly strong opener. The groove-driven “In the Blood” makes for an appealing, high-energy lead-off video single, while “Heartbreak City” drips ever so slightly with Slaughter-inspired sass.

With the distinctive fragrance of Jack Russell’s cologne still lingering ‘round its nether regions, “Roll On” is an authentic blues-based number. A sincere, yet seemingly unlicensed medium, “Holding On” really wants to channel Coverdale — and as they say, “it’s close enough for rock and roll.” The record-closing “Last Outcast” is a convincing rib-cracker — for my money, one of the best of the batch.

In sum, for those who still crave the crunch, Hollywood Cowboys scratches that itch nicely.

Whatever you do, just “Don’t Call It Love.”