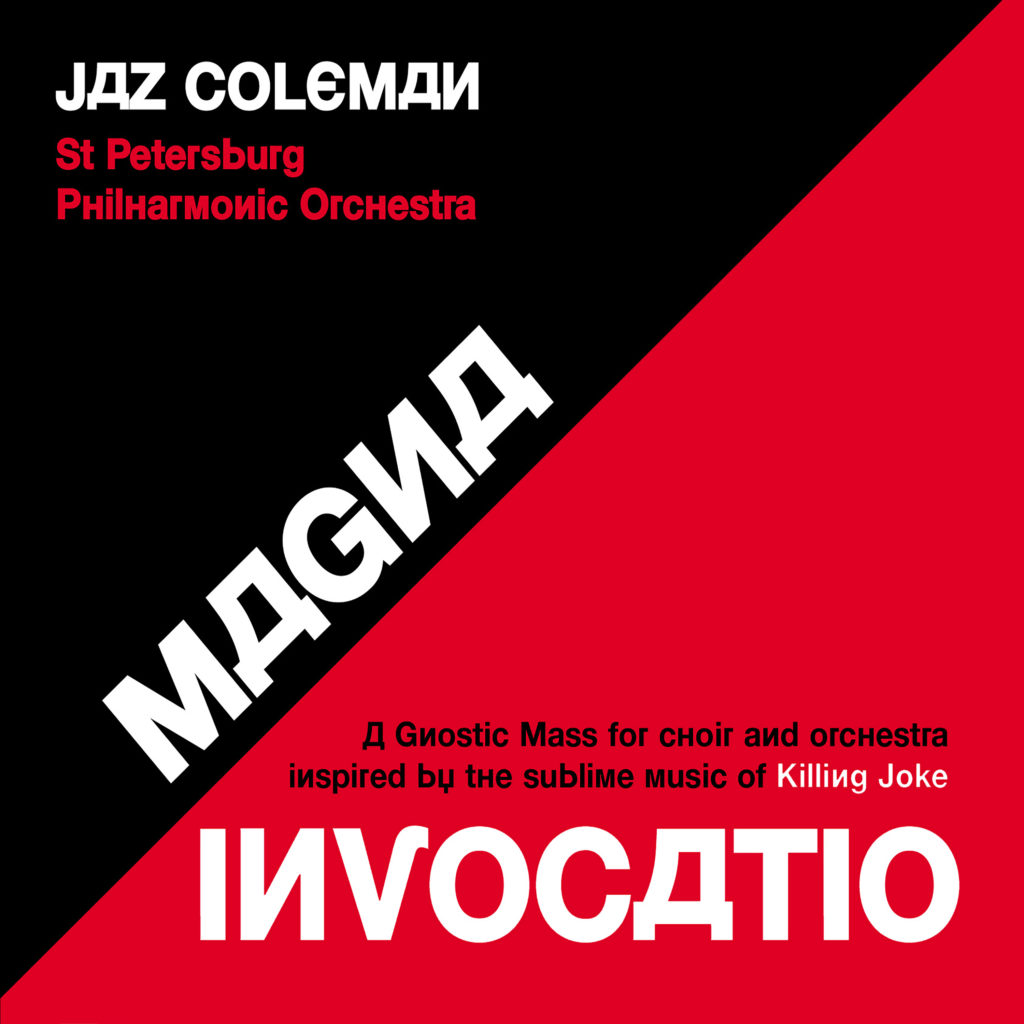 “I’ve come to realize that the greatest composers of the last century were the rock musicians, not the classical ones.” – Jaz Coleman (discussing his work of rearranging rock symphonies).

Jimmy Page has praised his work with Killing Joke and conductor Klaus Tennstedt has described Coleman as “our next Mahler.” So, that above quote holds weight for Coleman, who participated or led the rearrangements for various rock symphonies throughout a 30-year career as a conductor-at-large with works by The Doors, The Rolling Stones, Led Zeppelin, The Doors, and now his own life in Killing Joke.

Far from a vanity project, Magna Invocatio: A Gnostic Mass For Choir and Orchestra Inspired By The Sublime Music Of Killing Joke retrospects two parts of Coleman’s life which he’s kept separate since the origins of the influential post-punk unit Killing Joke in 1978, and embarking on a conducting career in 1981. The former brought his name into notoriety; the latter is rooted in him since childhood, where he was active in classical music before embarking on a career as a rock musician. Enlisting the assistance of the St. Petersburg Philharmonic, under his direction, Coleman works with the Orchestra and expands incredibly on the melodies of thirteen Killing Joke works. The end result showcases not only different and more harmonious angles of dissonance-free Killing Joke but reaffirms this man’s incredible talents.

The Philharmonic deconstructs twenty-six years of the band across the eras from Brighter Than A Thousand Suns (1986) to Pylon (2015) in manners that show different perspectives in the Killing Joke catalogue, and how truly vivid their work is when played in this form. “The Raven King” and “In Cythera,” singles from the reformed lineup years, evoke different emotions from new melodies and the slower tempo in which the Philharmonic casts them under Coleman’s direction. Coleman’s depth is the clear takeaway on Magna Invocatio, with both of his worlds merging in the most phenomenal and gorgeous of ways.

All of the memories and emotions Coleman must have felt while hearing songs like “Intravenous,” “Adorations,” and “Big Buzz” being played back to him by the Philharmonic could have been nothing short of overwhelming. After all, that’s forty years of Coleman’s life in Killing Joke reinvented through his efforts in his other life as a worldly conductor. Coleman summarises the experience of creating Magna Invocatio as something “hard to put into words” in an interview through PureGrainAudio. With that said, it’s understandable why he’s declared this record as the most important undertaking of his career.