Released on October 18th via Street Mission Records, ~ (read tilde) is the equally gorgeous and sincere debut album from Portuguese alternative folk-rock artist, Marinho. The eight-track offering, which can be streamed/purchased here from various services, sees the Lisbon-born musician bare her soul in a blunt-but-somehow-fun manner. Raised in an emotionally abusive home, Marinho (real name Filipa Marinho) was forced to mature faster than most while enduring both sadness and abandonment themes she covers openly throughout ~.

The album was recorded at Black Sheep Studios with mastering by Philip Shaw Bova, known for his work with Father John Misty, Marlon Williams, Feist, and Andy Shauf, among others. Needless to say, the music is steeped in heavy emotion, but also very much touts an underlying air of triumph and maturation as this intelligent and emotionally-aware woman plucks from her past to forge a fantastic future. Today, as she unveils the video for her song “Joni” (on Joni Mitchell’s birthday of all days) we’re delighted to have Marinho join us for a detailed track-by-track breakdown of the summery songs included on her debut recording.

01. “Intro”
Marinho: “The album’s intro track starts off with a premise that if we reach a certain goal, whether futile or meaningful, we’ll finally be whole. And that once we get to that finish line, all our troubles will be done with. As if we’re climbing a mountain and at it’s top we’ll look down at our frustrations and heartbreaks and they’ll automatically seem smaller from a distance.”

02. “I Give Up and It’s OK”
Marinho: “Track two reveals that track one’s premise was a lie all along. It came to me while trying to climb a volcano in the Azores and failing to finish due to harsh weather. As I sat there alone and tired, 80 feet from the mountain top, I suddenly realize that sometimes you can’t fight against obvious obstacles — whether harsh island winds or someone else not willing to meet you halfway — it’s best to let go of what you’ve idealized. Sometimes it’s ok to give up.”

03. “Ghost Notes”
Marinho: “As I watched a concert back in 2016 I realized that the drummer’s ghost notes (those subtle notes in-between main beats) are only noticeable if you’re really paying attention. Just like coming out of a troubled relationship that you then realize all the signs were there, but you failed to see them. You failed to hear the ghost notes.”

04. “Not You” (feat. Monday)
Marinho: “Early 2017 I was living in L.A. and experienced some of the loneliest nights I’d had in my adult life. A city like that can make you fall in love and feel like anything is possible, but it can also take you to a state of dangerous isolation. I felt all of that. The result was me buying a 2nd hand Little Martin (small-sized guitar) to keep me company throughout my lonely times. ‘Not You’ was the first song I wrote in it and it’s about realizing that all that heartache didn’t have much to do with the lover who broke your heart, but more so with a build-up of all your life’s experienced traumas. It’s about clarity. A positive tone to the classic ‘it’s not you, it’s me.’”

05. “Window Pain”
Marinho: “When I was a small kid I had this neighbour who I was infatuated with. One time, on a warm spring day, my brother and I were playing catch with him. At a certain point, as I chased him, I didn’t realize he was standing behind a glass window and I ran right through it, shattering the glass and breaking my head. Now I know this because my mother has told the story many times. But truthfully, the only thing I remember about that day is the fun of running around and being free. The song is about that and about how sometimes bad things can turn into good memories. It was also one of the most fun tracks to record in the studio.”

06. “Joni”
Marinho: I remember when Counting Crows released ‘Big Yellow Taxi’ with Vanessa Carlton, the song got lots of airplay and I was well into it, sang it around the house a lot. My dad one day was like ‘oh so you like Joni Mitchell’ and I had no idea what he was talking about. That’s when he sat me down to watch her documentary ‘Woman of Heart and Mind’ and that was it. Love at first sight. Couple of years later I wrote this song and it’s the only one I can bear to listen and play from my songwriting teenage years. It still holds true. And it’s one of my favorites in the album, the bass line my brother came up with absolutely melts my ears.”

07. “Freckles”
Marinho: “‘Freckles’ was the most difficult track to put together in the studio and it was also the most rewarding one to record. It was born out of the bass riff that had been stuck in my head for years. It’s also a very personal song, the last one I wrote for the album and it mirrors a very vulnerable time when I was looking into my childhood and how my upbringing shaped the adult I am today. It’s about disappointment but also about accepting that life is like a tilde (“~”, like the album title) — with ups and downs. And by the end of it, when our skin is filled with aging freckles, it’ll all have been worth it. I hope.”

08. “Outro”
Marinho: “It’s the same song as the intro track but recorded as I wrote it, just me and a guitar. A more naked and true way to say goodbye to the album. An ode to all the mountains we keep wanting to climb.”

~ (read tilde) was released on October 18th via Street Mission Records and can be streamed/purchased here. 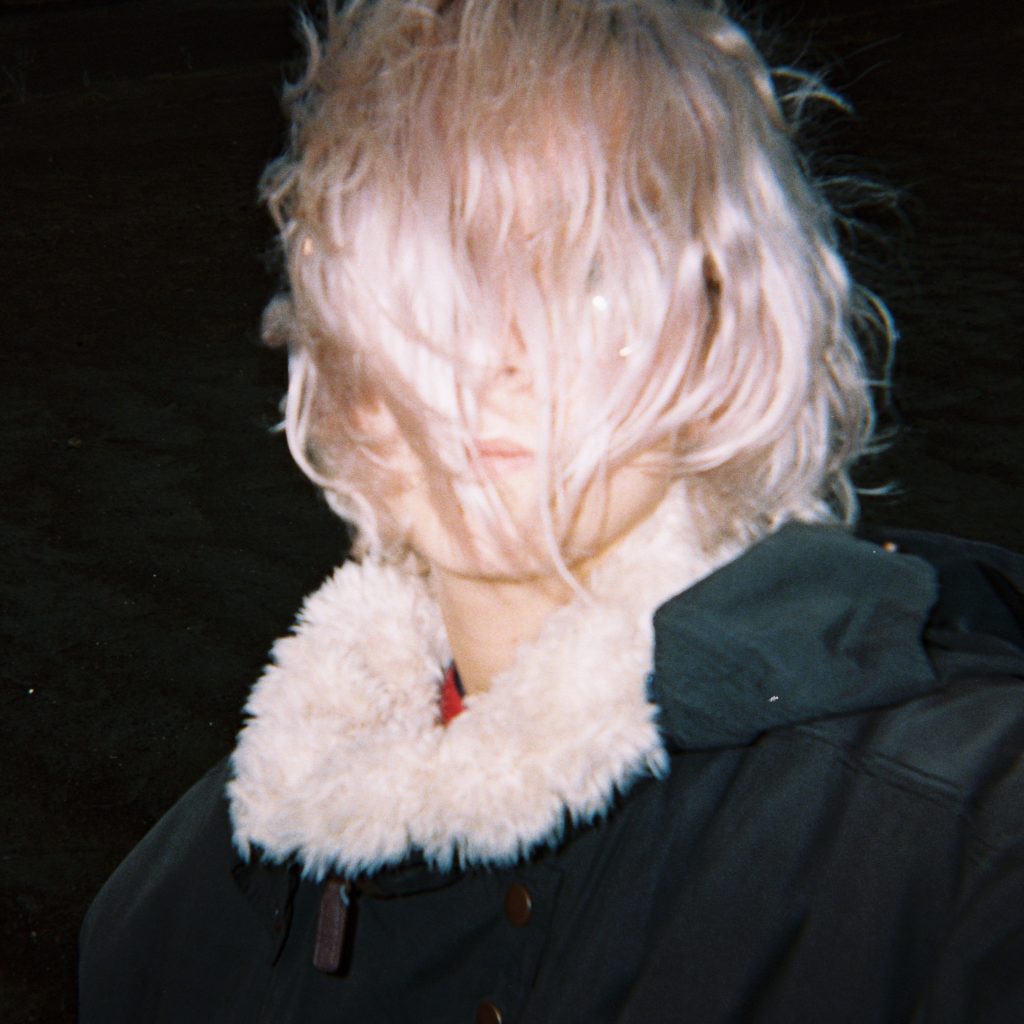