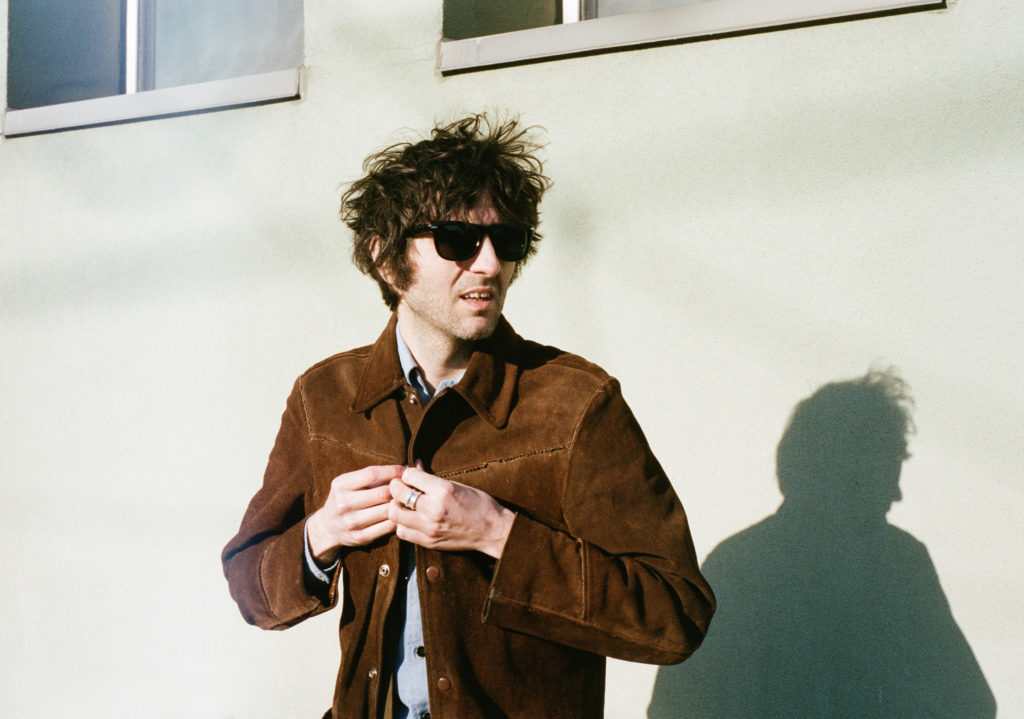 Time Out For Tomorrow is Toronto singer/songwriter Jerry Leger’s latest collection, and continues a run of consistently high output that began in 2005 when he burst onto the roots music scene at age 19. Since then, he has earned the praise of peers such as Ron Sexsmith, Doug Paisley and Jim Cuddy, and it’s added up to a body of work that was recently celebrated with the European-only compilation Too Broke To Die, aimed at Leger’s growing fan base in Britain and the EU.

Most of those listeners didn’t discover Leger until his 2014 album Early Riser, his first with Michael Timmins of Cowboy Junkies handling production duties, as well as the first to be released on the Junkies’ label, Latent Recordings. The combination of Timmins’ capture-the-moment production aesthetic and the Rolling Thunder-esque chemistry of Leger’s longtime band The Situation (plus a few special guests) now appears unbeatable. And although Time Out For Tomorrow may not be as expansive as Leger’s previous Timmins-produced effort, the acclaimed 2017 double album Nonsense And Heartache, its more concentrated dose of everything Leger does best is just as potent.

As Leger prepared for Time Out For Tomorrow’s release on November 8, and the Toronto launch show at Lee’s Palace on November 28 (info and tickets here), he took some time to further illuminate each song on the new album, adding that he got the title from a 1960s science fiction paperback. He explains, “Everything around me seems like science fiction these days, and the phrase ‘Time Out For Tomorrow’ fit these songs and my mood in one way or another.”

01. “Canvas Of Gold”
“Life can be a hustle and if you care enough about what you’re doing you’ll keep picking up the brush.”

02. “Justine”
“I started writing the song after reading the autobiography of early 1900’s burglar Jack Black. It’s not about him but some of the lines and feeling was inspired by his recollections. Who do you trust? Sometimes you can’t even trust yourself.”

03. “That Ain’t Here”
“Some people have thought this is a love song between two people but it’s a love for humanity. It upsets me seeing the way the world can be and the way some people will treat each other. How some leaders selfishly make poor decisions as long as it doesn’t affect them directly. As John Lennon once sang, ‘How do you sleep at night?’”

04. “Tell A Lie”
“I think this is the only time that I tried a song for a previous record and then we re-recorded and it actually made the final sequence. It has a good hook, catchy chorus and fit perfectly with the direction I wanted to go sound and arrangement-wise for this album.”

05. “Read Between The Lines”
“I wrote this for my side project The Del Fi’s but when I played it for my band The Situation they thought I was crazy that I wouldn’t keep it for ourselves. So here we are. It turned out exactly how it needed to. Perfect tempo and great builds until the end. Rolling Stone in Europe described it as being a cross between Marvin Gaye and early Beatles era John Lennon. It’s hard to believe that and I could never sing like those two but I definitely put the passion in it.”

06. “Burchell Lake”
“This is about a ghost town in Ontario that I read about in one of [historian] Ron Brown’s books. There’s some poetic license but has some facts in it too! I sent it to him and he thought it was catchy. Really nice guy.”

07. “I Would”
“This might be my favourite track on the record ‘cause it’s just nice and simple. It would be a song I’d cover if I hadn’t written it. I just dig the feel, the lyrics and the simple beauty of it. It’s honest, doesn’t try to fake anything or convince you of anything. Actually, it’s admitting its faults and insecurities. I’d love to hear what Elvis Costello or Nick Lowe would think of it.”

08. “Survived Like A Stone”
“People, animals, plants, they come and go. The spirit sticks around and so do rocks and stones. They outlive everything.”

09. “Corner Light”
“This song felt special the moment I wrote it. I think it doesn’t hit some people right away but it has a lot to give if you return to it. I’m quite proud of it.”

10. “Tomorrow In My Mind”
“This song came very quickly. I wasn’t sure that it was gonna make the record, but Mike Timmins and the band kept rooting for it. It kinda made me reevaluate. The band plays great on this, the feel is beautiful. I think it’s take one, live in the studio.”