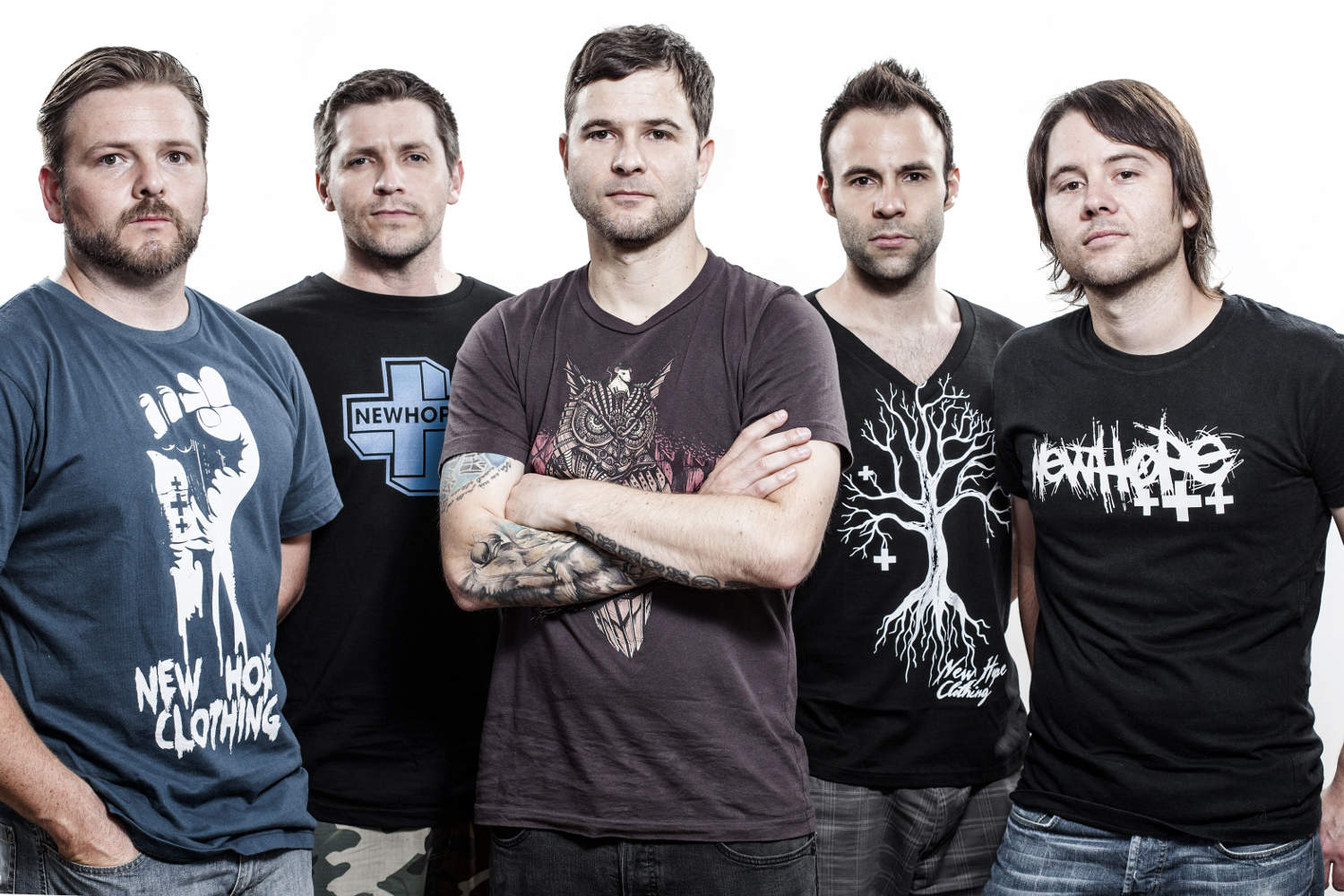 Ahead of Their South African Tour, THE NARROW Talk New Music and Bringing Home the Nostalgia

The year was 2002. While I was completing my final year at school, a band was forming in Pretoria that would come to represent one of the pioneers of the rock scene in South Africa, along with groups like the Springbok Nude Girls, Wonderboom, and Sugardrive. The Narrow brought a unique flavour to their rock, always delivered a strong performance, and quickly began an upward career trajectory, headlining national festivals and opening for international bands. They solidified their lineup when Hanu de Jong joined as vocalist, after which they crafted an unmistakable sound which they have carried with them over the past seventeen years. When they released the song, “Lonely Lonely” in 2004, they became unstoppable.

To me, they were one of the first local bands that I fell madly in love with. Each time they played in a town I lived in, I would be pushing my way to the front of the crowd, prepared to lose myself in every song. They are that band, the band that had the entire crowd singing back their lyrics. By quickly becoming rock royalty, they also became untouchable, and even after Hanu left for New Zealand they continued to produce music. The loyalty of their fans has meant that they can continue to tour every year and capture those self-same moments. Their albums, only four over the course of seventeen years but three garnering South African Music Award nominations, have been solid offerings, with a handful of great tracks from each now forming the bedrock of their live acts. And even though their presence has faded, and the scene has shifted heroines and heroes, seeing them live remains a treat, and not just because of the sweet feeling of nostalgia.

To interview Hanu de Jong is a pandora’s box of emotions. While The Narrow may not be known by the teenagers of today, there is no denying the indelible mark they left on the South African rock scene. They still matter to those that have remained true fans over the years. Re-listening to their songs, I still hold with me the feeling of all those great moments of watching them live. So where do you start, when for the first time in your ten year career as a writer, you get to ask questions of your first true love, The Narrow? Maybe you start at the end.

Taken from their latest album Dream of Perelandra, check out the ”Evil” of this music video:

Every year, just when you are about to forget that The Narrow existed, the band does something to remind you they’re very much alive, like by announcing a new tour or, unbelievably, releasing a new album. Your latest was number four, the 2017 release of Dream of Perelandra. Tell us about the album.

Hanu de Jong: “The album is about finding out there are some things you simply will not achieve or cannot have in your lifetime and dealing with that. I think we’re at a time of our lives where we want to create something that will last instead of chasing the next high. It is the album I recommend you listen to first if you don’t know The Narrow.”

You’ll be touring South Africa imminently. I am guessing you’ll be playing a lot of the songs off Perelandra. What else can we expect from the shows?

de Jong: “We have sixty or so songs so we always struggle to pick the tunes. But we will be doing songs from all our releases!”

You have been quoted as referring to Perelandra as the garden of Eden 2.0. Tell us about this concept; what does it mean to each of you personally?

de Jong: “I can only speak for myself but finding happiness or rather contentment at a time in your life when you have figured out what doesn’t make you happy is the Holy Grail. Your garden of Eden is very much not what you thought it was going to be when you were 23.”

While researching for this interview, I did a lot of searching for older articles, but sadly, so much information (and let’s be honest, so many of our memories) has seemingly slipped away, perhaps disappearing forever. Does it matter that so much has passed and so many of the times before have faded, even from memory?

de Jong: “I’m glad some of the stuff I said is deleted off some server! I only miss things when I need them again… and I rarely need to read someone’s review of my work from ten years ago. Just sad the phones of the early 2000s had such crappy video cameras! I would have liked to revisit some of the touring memories in living colour.” 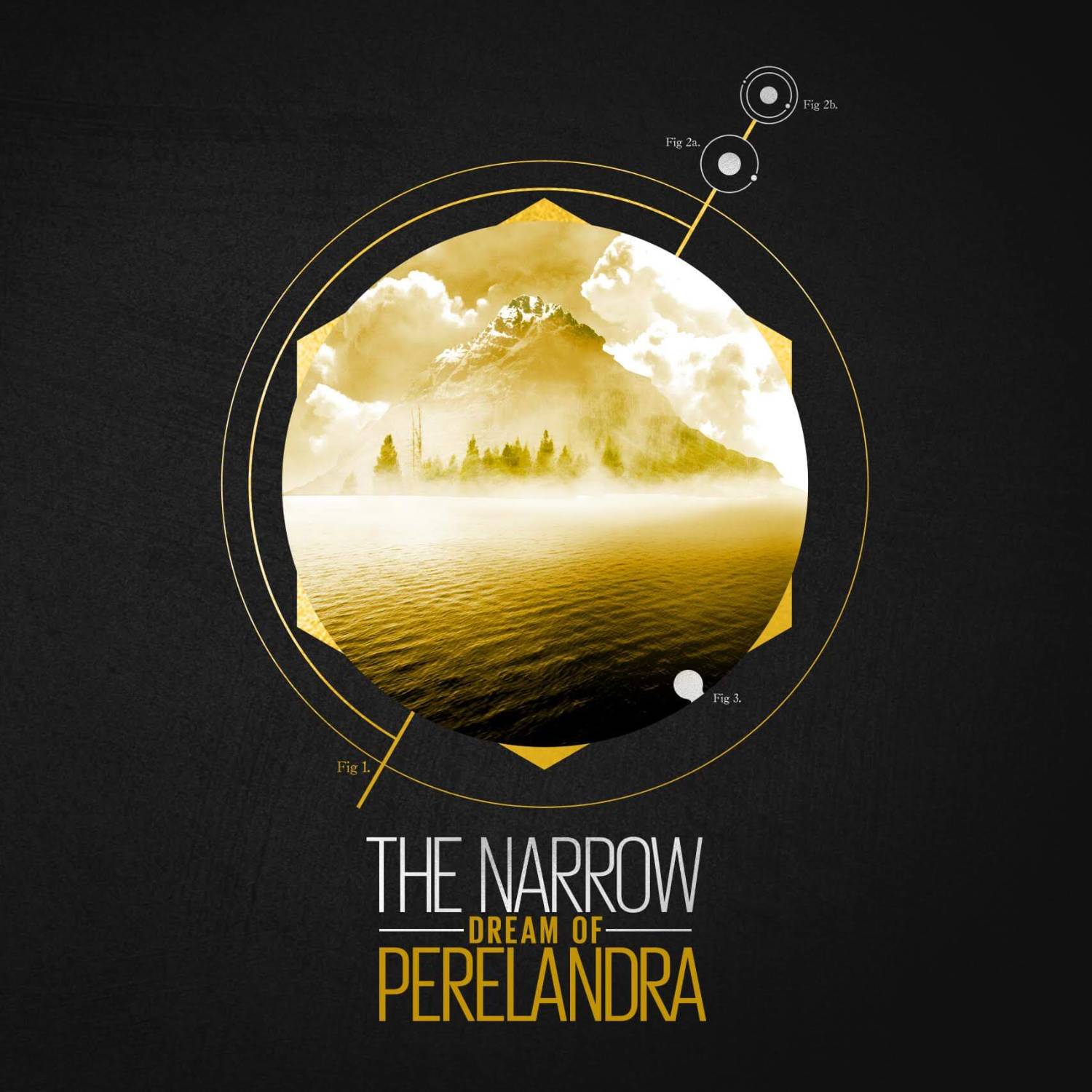 To The Narrow, I would say that much of what matters is nostalgia and loyalty, which many fans have continued to have. But what about the band; what burns in you that you continue to come together to create music and what does this mean for the future?

de Jong: “Nostalgia plays no role in my creative process. I am obsessed with getting what I feel out in some form. Expression when you are inspired. Touring and our music may have good memories attached but that’s not why I keep making music.”

I have been following The Narrow since its inception, but even so, I have always felt like the band has been somewhat elusive and unknown. Do you think you have been able to have an honest and deep relationship with your fans?

de Jong: “We get such awesome emails from fans about how on a personal level our songs have helped them get through something or enjoy something a little more. We’ve made such good friends along the way also. All we can do is be friendly and produce inspirational music. The rest comes by itself.”

Were there ever conversations about what you wanted to achieve for the band and what were some of the challenges you thought you would face and actually came to pass?

de Jong: “We always try to be on the same page about where we are and what else we want to achieve. That’s the key for any band. These goals and reasons are why we continue keep changing but as long as there’s a reason we’ll keep going.”

“Lonely Lonely” is known as the song that boosted The Narrow into the spotlight. The last Narrow gig I went to, I was actually surprised to hear you play it, considering it’s been fifteen years since you released it. What does this song represent to the band?

de Jong: “For us it is a little celebration with the fans. It is a song we wrote in ten minutes and still kicks ass at the shows.”

Off of the album You Don’t Get To Quit, watch the video for ”Hunt The Ghosts”:

Do you think there will be another “Lonely Lonely?”

de Jong: “Nope. You only get one first hit.”

I read one of you say, “People tell us that our music carries them through difficult times.” I have always considered The Narrow one of the most honest and emotionally courageous bands. Why do you think this could be the case?

de Jong: “It’s easy when you come from a good place. People can spot a faker a mile away and won’t connect with the music. A song or performance is like a conversation: you give and you take and then you meet somewhere on common ground to nut out some issues.”

What would you say is your favourite lyric from a song from The Narrow?

I asked a friend of mine, a massive fan of The Narrow, what interests him the most about the band and his response was that he has always been interested to know how the band comes up with their themes and writes their songs. Can you put him out of his misery and let us in on the songwriting process?

de Jong: “This has evolved. It used to be someone brings an idea to the jamroom and then we just play and have fun. These days someone brings an idea to Dropbox and we all download it and play and have fun at our homes. Then we upload the new ideas and we all listen. Then we come together and jam the best bits. The emotion of that first listen is where I formulate the lyric and melody direction.”

“Where’s The Fire?” Well find out in this music video:

How have the songwriting and themes evolved through the years?

de Jong: “Not much has changed. But we do write more melodic and not so rap riffy. The themes are always about what’s happening in our lives at this moment.”

How do you feel about the move to New Zealand after all this time and what it means for The Narrow?

de Jong: “I left just over one year after ‘Lonely Lonely’ was a hit. So there really has been no Narrow with Hanu living in South Africa.”

The Narrow were able to create their own unique sound from the start. I would know your songs anywhere. Some might say this is a good thing, while others might not agree. It has been suggested in an interview that perhaps the music hasn’t changed, but there is a deepening of perspective and that the music has more weight. What have been some of the biggest influences on the music, sound and lyrics (besides, you know, the fact that you are probably better musicians these days)?

de Jong: “We are definitely better musicians these days. I think not being so deliberate with the elements of a song is where we’re at now. So rather than a huge break and explosion into the chorus, we try to have the songs naturally flow into sections and let the listener discover more layers every time.”

Here is a live rendition of “The Remedy,” originally found on Dream of Perelandra:

The latest tour in South Africa has been dubbed the Fired Up Tour. It sounds so positive, but perhaps not hugely introspective. Why that name?

de Jong: “First thing I thought was it’s going be very hot and we better name it something like “Burn Like Fire” or “Where’s the Fire!” But it is about being ready again and amped to hit the stage and the road and hanging out with our friends and fans!”

Has there ever been a moment of true rock stardom that you’ll never forget, maybe a moment that made you chuckle, or one that made you realize what you had become?

de Jong: “The true rock stardom moments are lost in a haze and most you don’t want to remember. But you know you’ve hit the big time when you get driven around in LA by the drummer of Cypress Hill because you just can’t be bothered to try out this right-hand-drive thing. Or having Nicholas Cage on speakerphone at 3 am in the morning because your international record label boss phoned him to impress you.”