Three years after the release of HORSE, Slaves on Dope (Kevin Jardine, Jason Rockman, Peter Tzaferis, and Rob Laurion) return with an EP of six covers, streaming now on all major platforms, such as Spotify. Established in 1993 amidst the rise of the grunge movement, Slaves on Dope quickly steered more towards the metal genre; A genre they have continued to pursue on and off over the past few decades.

Covers Volume 2 features six songs near and dear to the members of Slaves on Dope. The EP features Quicksand’s “Fazer,” The Payolas’ “Eyes Of A Stranger,” Kyuss’ “Green Machine,” Van Halen’s “I’ll Wait,” Rough Trade’s “High School Confidential,” and Hall & Oates’ “Private Eyes.” From a Canadian standpoint, the inclusion of a Rough Trade cover and a cover by The Payolas seems fitting, given Slaves’ Montréal heritage.

The real magic on this EP, though, is the heavier material. The Quicksand cover is lovely; a killer tribute to a band that never seemed to get the props they so rightly deserve. Rockman’s vocals fit in perfectly with Kevin, Peter, and Rob’s accurate take on the source material. The Kyuss cover is nicely executed as well; a little less fuzzy but no less impressive in its execution.

There’s always room in this world for a good cover version. Slaves on Dope offer up six of them on this handy EP release. No word as of yet on a physical release of Covers Volume 2, but watch the group’s socials for details as there could be something in the works in that regard.

A recent photo of this quartet of Montreal-based metallers: 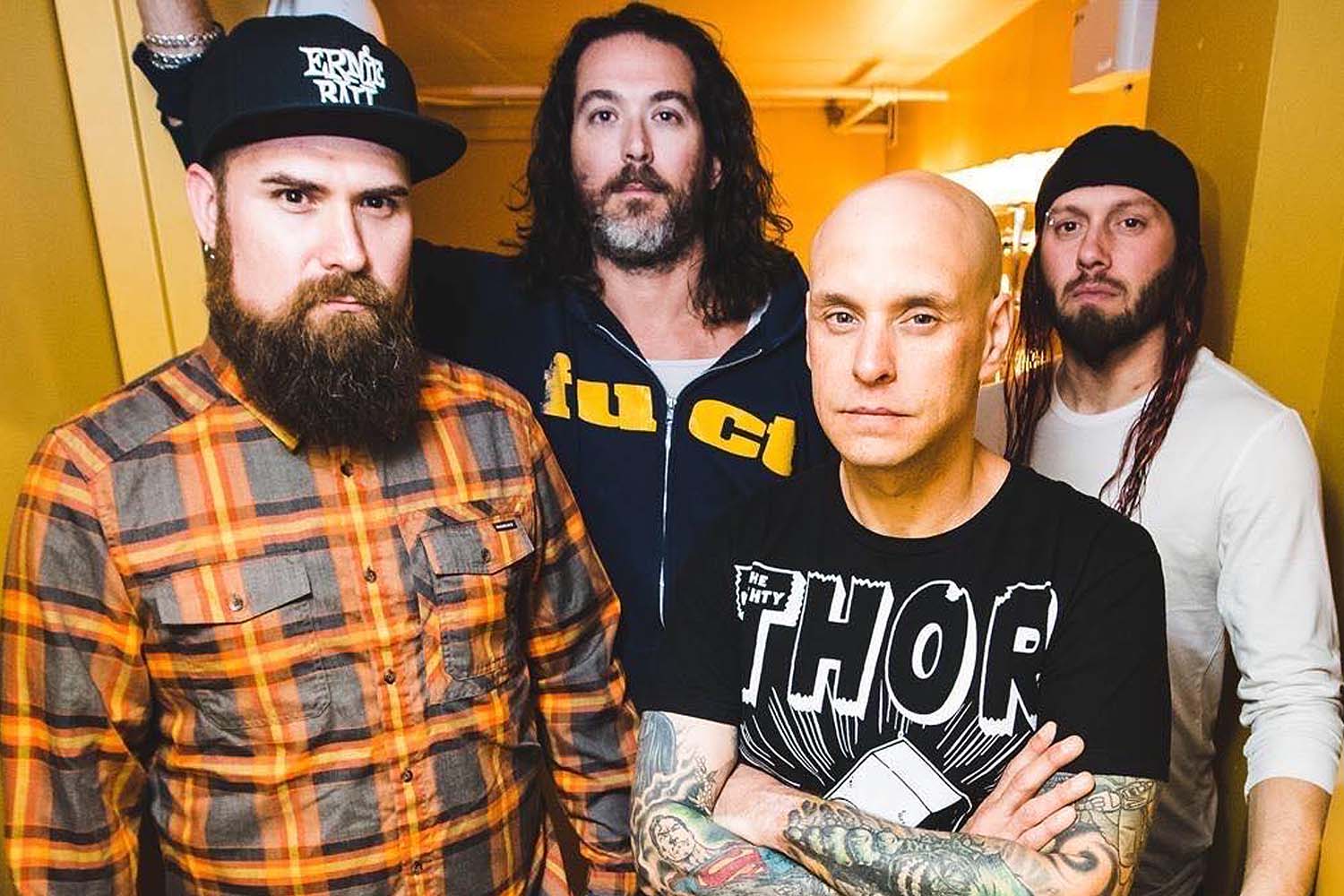 And here you are, a full stream of Covers Volume 2: