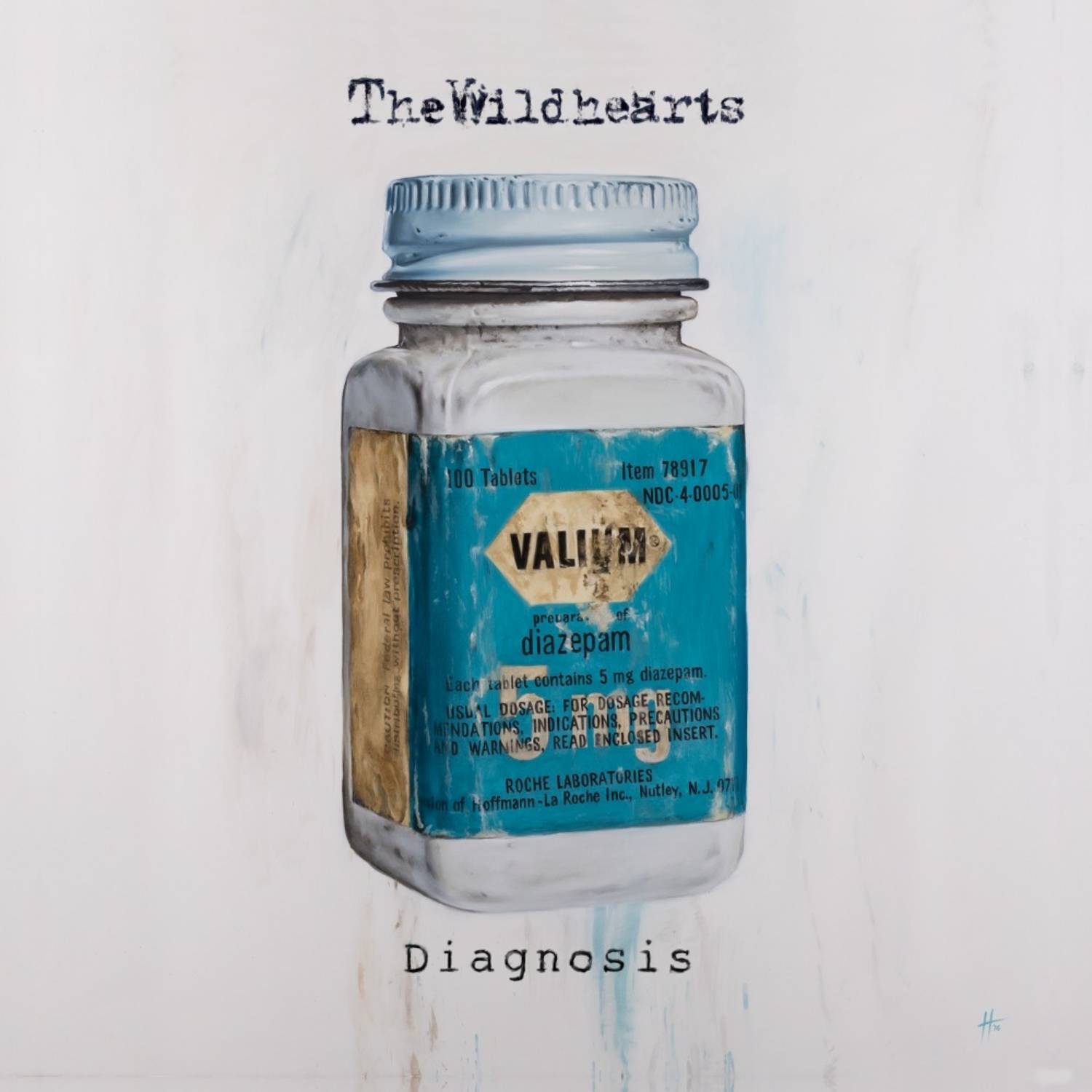 Way back in that glorious era known as the ‘90s, British rock bands seemed poised to once again take over the world of music, however, around the same time, one by one, these bands began to waver and either break up or go on extended hiatus. Then, almost out of the blue, last year three of these ’90s mainstays, Terrorvision, Reef and The Wildhearts, took to UK stages for the “Brit Rock Must Be Destroyed” tour, and fans were injected with a joy not felt in decades.

Moreover, earlier this year The Wildhearts released their first album in over 10 years, Renaissance Men, recorded by the line-up of Ginger Wildheart, CJ, Danny McCormack and Rich Battersby, the same four men who comprised the band at their peak. Now, the four-piece has done what they do best, record more solid music and put it out there to their delighted fans to devour.

Diagnosis (stream/puchase right here ) is the EP fans long felt in their bones was on its way. Opening with the title track, “Diagnosis.” the EP kicks in strong with the gritty Wildhearts sound and Ginger’s more distorted approach to his vocals, not to mention CJ’s finger-lickingly delicious guitar riffs held together by McCormack’s bass and Battersby’s drums. A very solid start to this short, but sweet release!

The Wildhearts just released a lyric video for the single “Diagnosis,” check it out:

“A Song About Drinking” hits the accelerator right from the start; the riffs are faster, the drum beats and bass lines are speedier, and Ginger’s lyrics move at a speed not thought possible by mankind! I suspect the only way to get on the same astrological plane as this track is to hit the bottle until the world is distorted enough for this to make sense. Still, it kicks ass! “The First Time” slows things down, but just a touch, enough to bring you back to reality as it maintains a fast-paced and upbeat tempo. This time, however, Ginger has adopted his cleaner vocals marking a shift in style and providing a broader variety of what The Wildhearts can deliver as musicians.

Diagnosis may not be one of The Wildhearts’ greatest albums, but it is a good addition to the vast and exceptional library of the group’s musical achievements. Even though The Wildhearts have played select shows since their last major release in 2009, the releases of both Renaissance Men and Diagnosis offer hope that they are now back for good.