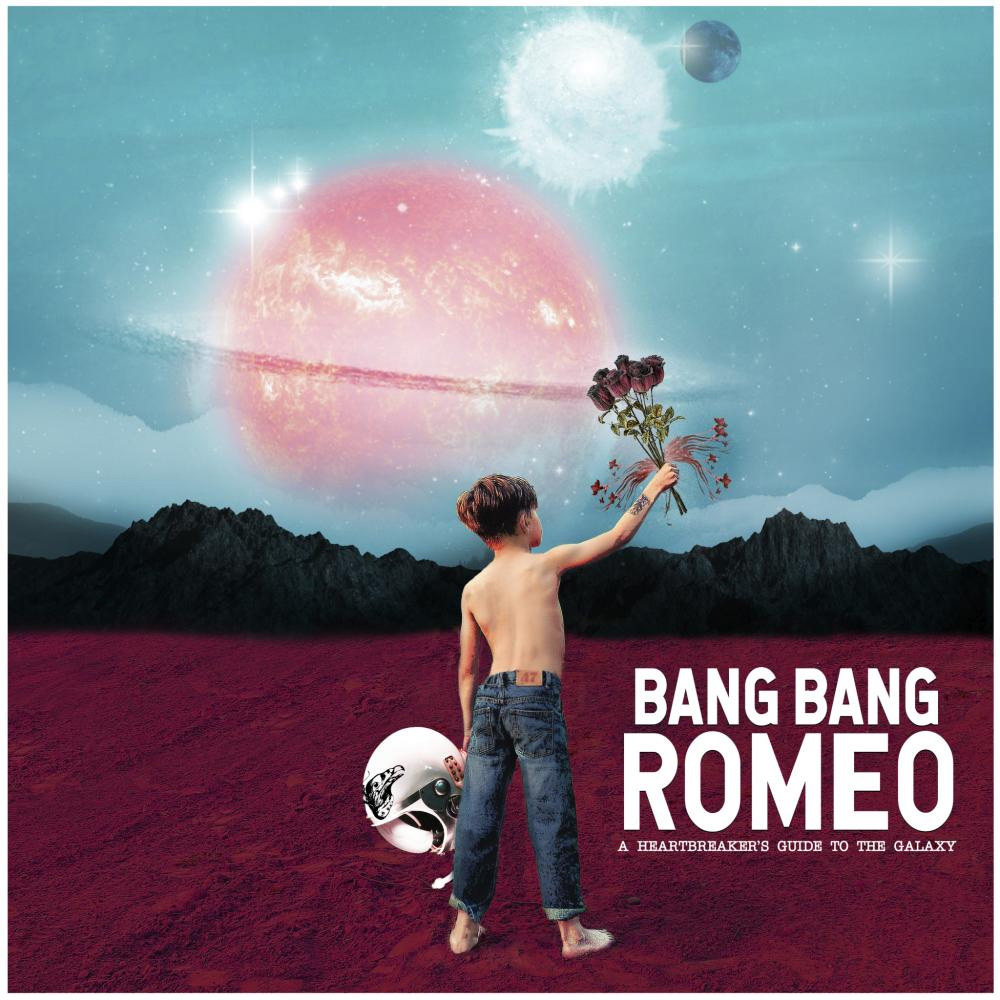 2019 has been a busy year for Doncaster pop-rock band Bang Bang Romeo who have managed to squeeze in two pretty much sold-out UK headline tours either side of a Summer UK stadium tour supporting American pop-rock superstar P!nk. Well, just to finish it off, the band are finally dropping their long-awaited debut album A Heartbreakers Guide to the Galaxy and, having given the album a few spins now, it’s fair to say that the group are not only signing off a fantastic year in the best way possible, but they’re setting themselves up for a massive 2020.

To put it in the simplest terms possible, A Heartbreakers Guide To The Galaxy is stunning! From start to finish every single song on the Doncaster quartet’s debut has the words absolute smash scrawled across it. From the opening track “Cemetary,” every song drips with quality – from the sassy melodies to the stadium-flattening pop-rock hooks, this album is flawless throughout. It isn’t just the fact that this release is packed with incredble songs, the final peice of this musical jigsaw comes in the form of vocalist Anastasia who has the attitude of P!nk, the sass of Tina Turner, and the vocal chords of Amy Winehouse. Need further proof? Check out the swagger of “Shame On You” or her absolutely jaw-dropping display on the raw, emotional “Adore Me.” If ever the UK was looking for another superstar, that search can stop right at the door of this vocal powerhouse.

Predominantly inspired by Anastasia’s own diary entries, A Heartbreakers Guide To The Galaxy is full of heartwrenching tales like “Adore Me” and “You Scare The Love Out Of Me,” and is an album that you’ll very quickly fall in love with if your musical leanings veer towards songs full of raw honesty. This is the kind of record you don’t just listen and dance along to, A Heartbreakers Guide To The Galaxy, is an album you’ll cry to, an album you’ll scream your lungs out to and, ultimately, one you won’t want to put down.

The album is out this week but you can still pre-order your copy here.

A Heartbreakers Guide To The Galaxy Track Listing:

“Shame On You” if you don’t dance along to this brilliant tune: