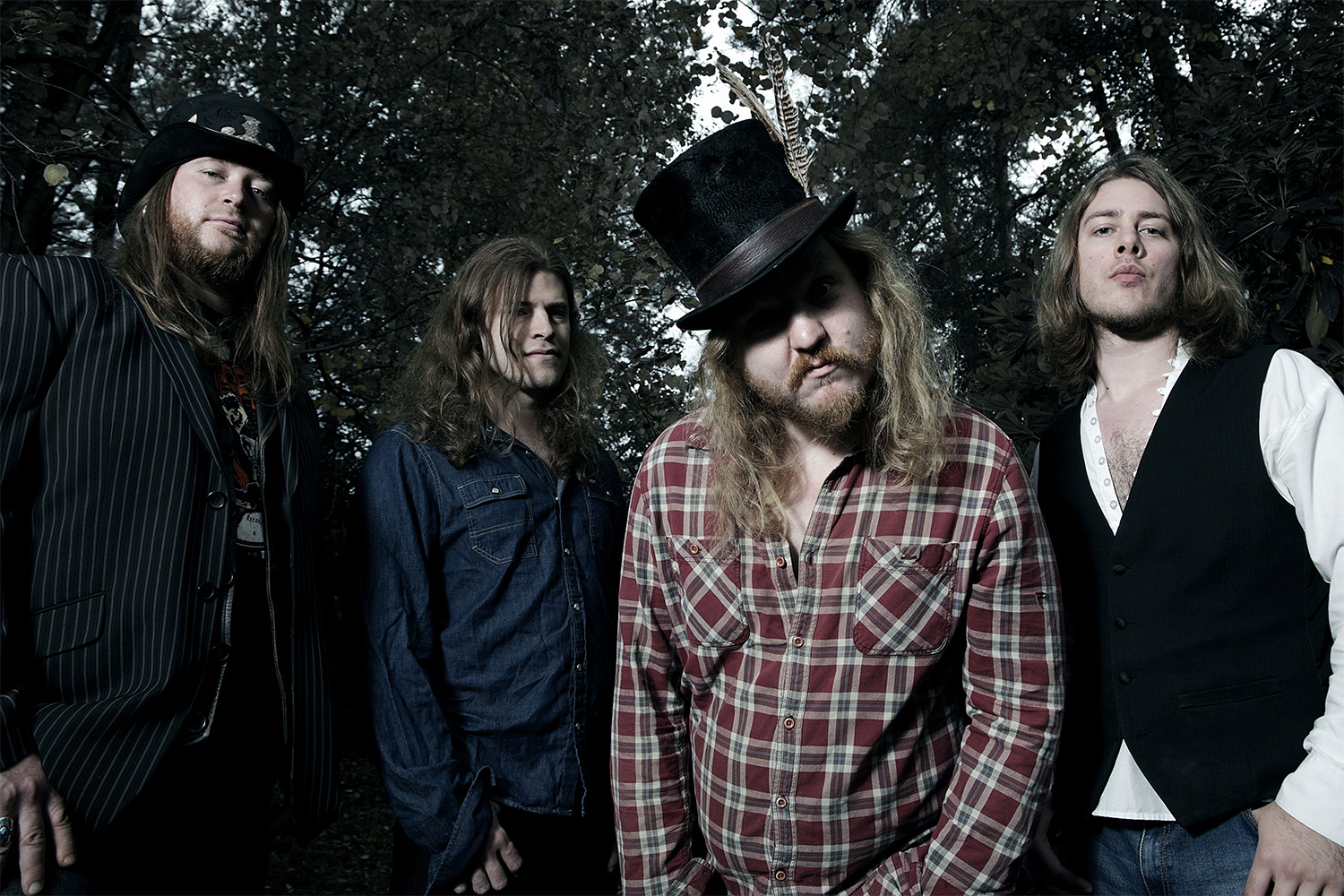 An Interview with THIRTEEN STARS; Frontman Hoss Talks About Their Love for TOM PETTY and What Makes a Good Song

Since releasing their new single, “Running So Long”, Cumbria classic rock quartet Thirteen Stars have seen the song win fans across the industry with the track even being described as “the feelgood anthem of the Summer”. The tune was penned as a celebration of their hero, Tom Petty, so we spoke to lead guitarist/vocalist Hoss about the iconic musician and what he meant to the band.

Firstly, before you dive into the interview, check out the single “Running So Long” right here:

Thanks for your time, you’re about to release a new single, care to plug it a bit ?
Hoss: “Running So Long” is a song we’re particularly proud of. It won Classic Rock magazine (UK) track of the week upon release and has been a critical success so far. It’s available on all the usual formats so give it a whirl!

The song was written after the death of Tom Petty which you said you were devastated by. What was it about his passing that had such an impact on you ?
Hoss: I think it was the suddenness of it. He’d not long finished a world tour (I missed the Hyde Park gig as I was on tour myself and thought I’d get another chance down the road). He was a hero of ours and we felt his passing particularly keenly.

Tom Petty is obviously a massive influence, what was it about his music that you connected with ?
Hoss: He was utterly unconstrained by convention and genre and was always true to himself. He wrote so many songs in so many different genres from nigh on punk songs to beautiful acoustic country ballads. His lyrics were always fantastic and at times truly incisive about the human condition and his command of melody and harmony was truly astonishing. He never pushed into self indulgence either, there’s not an ounce of fat on any of his songs. They say what he wants them to say and then finish.

Do you remember the first time you heard his work and do you remember the moment you thought wow…
Hoss: “Anything That’s Rock and Roll” is a particular favorite of mine, but to be honest every album has truly marvellous gems on it. Wildflowers is the bands go to road album.

Taken from “Wildflowers”, here’s Tom Petty with “You Don’t Know How It Feels”:

So, the single is out, what about album plans ?
Hoss: The album is finished and we’re hoping to release it early in 2020.

And you already have a few dates booked for 2020, will there be more in the pipeline?
Hoss: Yes the plan is to hit the road hard after releasing the album. We’re even considering coming to Canada for a short tour if possible but that’s still very much in the planning stages at the moment.

In terms of the rock scene, you’ve gigged with the likes of The Quireboys and Hayseed Dixies, would you say your sound would find a welcome home with fans of those bands and anything between ?
Hoss: A good song is a good song. It doesn’t matter whether it’s “Hey Good Lookin’” by Hank or “For Whom The Bell Tolls” by Metallica. Genre is irrelevant. It’s a marketing device to make the musical landscape simplistic. But really it’s about as simple as it comes. Is it a good song? Yes or no? Simple as that.

What about the UK rock scene, what are your thoughts on it going into 2020 ?
Hoss: The UK has a very healthy rock scene and in recent times there has been a resurgence of interest in new, “Classic Rock” (whatever that means) bands writing new original songs, a new wave if you like and that has had a very visible impact. Through social media and a collection of rock music missionaries (be they radio DJ’s like Guy Bellamy’s “Great Music Stories” or festival organizers like Dave Ritchie (Wildfire) and a great many more) a much greater awareness and support for bands exists today.

Check out more of Thirteen Stars great songs with their video for “Daddy’s Girl”:

There are plenty of established live venues shutting down across the UK to be replaced by apartment blocks, what are the kind of challenges you face as a band at your level?
Hoss: Earning enough to at least break even can be a challenge at times and you really have to love the music and be compelled to share your songs with the world to do it. But there’s a very healthy worldwide appreciation for music and one of the biggest challenges is trying to reach that audience without the assistance of corporate machines with large marketing budgets.

You’ve described the single as the feel-good anthem of the Autumn. What other songs/albums are you cranking up on your car stereo ?
Hoss: Oh wow, well we hit Mr Petty’s work pretty hard in the van. We love the Wayward Sons albums, the latest Temperance Movement record A Deeper Cut is always on. The Raconteurs new album is fantastic and we always have The Very Best Of The Loving Spoonful, The Byrds and every Queen album from 1972-1980 on hand! Cat Stevens, Neil Young and CSNY provide our more chilled out moments. So, yeah, a lot of different stuff really.

We’re heading into the final few months of 2019, how would you sum up the year for the band?
Hoss: Its been a very busy year, we spent a very long time in the studio making the latest album and getting it exactly how we wanted it to be.

Thanks for your time, just to finish, if we caught up again in 12 months time, how would you have like your career to have progressed?
Hoss: A Number One album worldwide, world tours and sackloads of cash that we have no time to spend because we’re on the road or in the studio constantly and endorsements up the wazoo! But seriously all we’ve ever wanted was to take our music around the world and make our living from that. Everything else would be a bonus.

Catch Thirteen Stars on the road in 2020:

Here’s more Thirteen Stars with the video for the track “Tired Of Waiting: