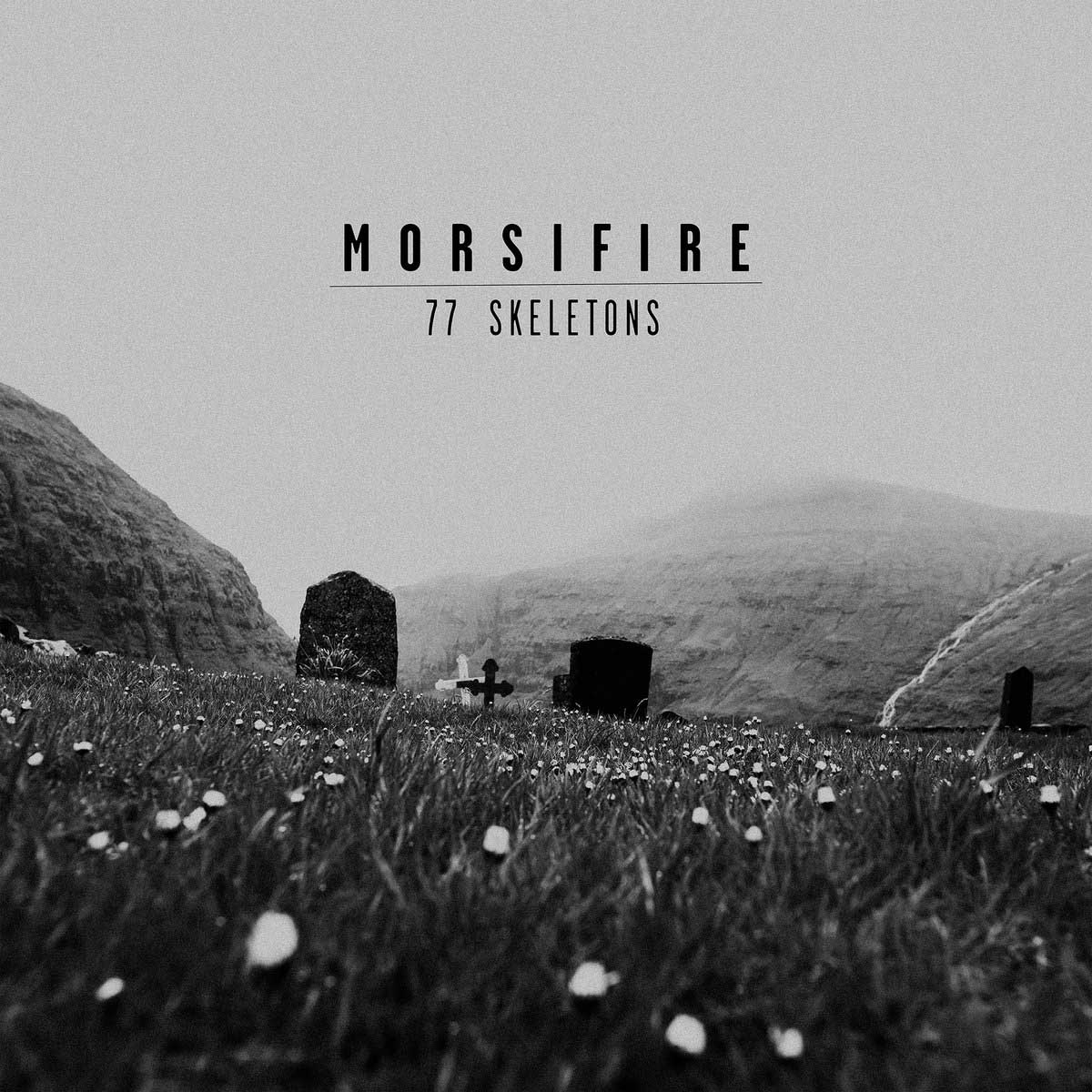 Hailing from San Francisco, Andrew Seely aka Morsifire, is an artist that straddles the line between hip-hop and indie alternative. He likens himself to a sort of middle-ground between Kid Cudi and 21 Pilots, both of which are very different artists, yet are connected by their personal and introspective music which typically deals with difficult issues. After listening to “77 Skeletons” (check it out on Apple Music, Spotify, and Google Play), this comparison isn’t as far-fetched as I once thought. The track finds Morsifire almost venting about how difficult his past was…much like Cudi and 21 Pilots before him.

The best part about “77 Skeletons” is the intense emotion that can only come from pain and heartbreak. To put it bluntly, Seely has had a hard life. He was raised by a drug-addicted mother and experienced the early and untimely losses of both his father and sister. These hard times led to anxiety and panic attacks that could only be cured by music, and you can hear that pain in “77 Skeletons.” Eventually, Andrew got accepted to Berkeley and studied music production in Spain, and the rest is history.

Fire up “77 Skeletons” and delve into Morsifire’s cathartic process:

While “77 Skeletons” isn’t perfect, the fact that Morsifire is able to portray such emotion is the key takeaway from this track…you definitely believe him as he chants, “This life is not for me.” While Kid Cudi and 21 Pilots are both amazing artists, I do not hear much of a sonic similarity between them and Morsifire; the only thing that parallels the three musicians is their content. After listening to the track, I was reminded of Linkin Park and Hollywood Undead, not only in content, but also in how they both sing and rap on guitar-driven tracks, and, in my mind, this is a compliment of the highest order. These two bands were the soundtrack to my childhood, and I absolutely love when rap and rock are meshed together well. I cannot wait for more music like this to re-enter the mainstream, and Morsifire is aiding the movement.

Morsifire just dropped his debut album titled Metanoia, the term signifying a spontaneous attempt of the psyche to heal itself by being reborn in a more adaptive form. The title gives a preview for what the album has to offer; it’s a psychedelic journey through Morsifire’s internalized trauma.

In a rush? Get hooked with the song’s brief trailer in the meantime: