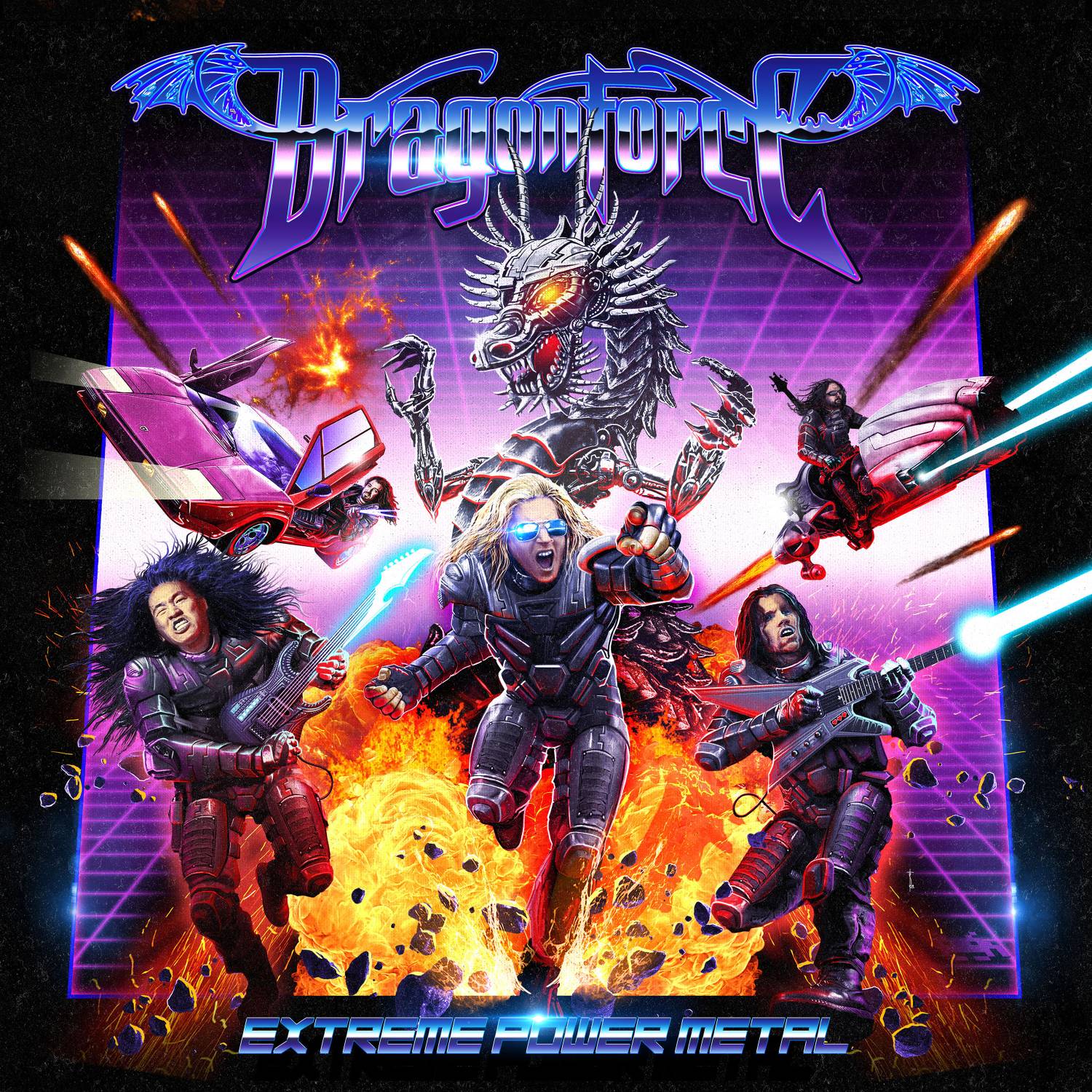 DragonForce were the kings of the Guitar Hero generation at the turn of the new century, championing the art of shred guitar and uber-pomp power metal that was forced underground in the post-Nirvana ‘90s. I fell in love with their 110%, over-the-top attitude to everything, and especially the six-string team of Herman Li and Sam Totman who had long lead and solo passages that went up to Nintendo-speed BPMs and blasted the face and ears off anyone within listening distance. It was fun, fun music with epic passages, soaring vocals, and chops for miles.

Their first two albums would soon become classics of the modern power metal genre, and they still cause goosies to this day. Then, with the release of 2006’s Inhuman Rampage, a staleness started to settle in. All the elements were there, but we’d heard it all before with better songs. After Ultra Beatdown in 2008, vocalist ZP Theart left the band and Marc Hudson entered the fray. The material on the three albums that followed was more restrained, focusing on the songs and less on the flash and, with any other band, this would be the start of a fresh new era, but the whole point of DragonForce is the bloody flash. Granted, all the fun and games were still involved, but it just felt a little… flat.

Here’s the action-packed video for album opener “Highway To Oblivion”:

That brings us to 2019’s Extreme Power Metal (purchase/stream now right here). With a name like that, the cereal box better contain what’s advertised (and have a free toy!), and, for the most part, it kinda does. There is a larger dose of the histrionics and ‘80s-style retro vibe and the light-hearted ambience of the early days are more prominent. With songs like “Razorblade Meltdown,” “In A Skyforged Dream,” and most certainly the OTT “Cosmic Power Of The Infinite Shred Machine,” we get the DragonForce of old that knew how to rip your pip off and dance on your grave. But there are also tunes like “Remembrance Day” and “The Last Dragonborn” that fall into a more epic, moderate-paced gait with a lot of substance and power metal ‘stand-aloft-with-thy-sword’ chest-beating, and this almost falls into AOR/glam territory.

Whilst that might scare off some folks, I find it refreshing and you can almost hear the crowds singing along to the choruses on the upcoming tour. The album also closes with a DragonForce-d version of (wait for it) Celine Dion’s “My Heart Will Go On,” which will either terrify or entertain you, or possibly both – either way, it’s a fun and cheesy end to the carnival, and I’m sure it will land upon their setlist for years to come.

Check out the super-retro video for “Heart Demolition” here:

There’s no doubt that Marc has the vocal chops both on record and in a live setting, and his work here is admirable if not mind-blowing. Li and Totman are on fire and gearing up to win a few annual poll awards in the guitar magazines, their interplay always astounding to behold, and the riffs and solos are as solid and tight as a heavy metal party submarine. Gee Anzalone, much like his predecessor on the skins, has all the double-bass thunder and intricate fills to keep the boat afloat, and I really enjoyed his enthusiasm which shines through. This album will be the final hurrah for bassist Frédéric Leclercq, who will be heading over to the Kreator camp, but his low-end and exciting weaving between the two guitars is as proper as always. And finally, long-time keys player Vadim Pruzhanov left the band (and rather sizable shoes to fill) last year, so Coen Janssen of Epica fame lays down his signature majestic playing which definitely suits the band.

Overall, I find the whole thing about 10-15 minutes too long – by the time you’re three-quarters of the way through the album, your ears tend to numb out somewhat with all the 8-bit fiery chaos and galloping pounding, and there are areas where filler creeps in. That said, this is probably the strongest DragonForce album since The Power Within, in that it ticks all the requisite flair boxes and has the songs to back it up. Extreme Power Metal is excessive, bold, huge, and lives up to its name.

And here’s the cool animated video for “Razorblade Meltdown”:

01. Highway To Oblivion
02. Cosmic Power Of The Infinite Shred Machine
03. The Last Dragonborn
04. Heart Demolition
05. Troopers Of The Stars
06. Razorblade Meltdown
07. Strangers
08. In A Skyforged Dream
09. Rememberance Day
10. My Heart Will Go On (Celine Dion Cover)