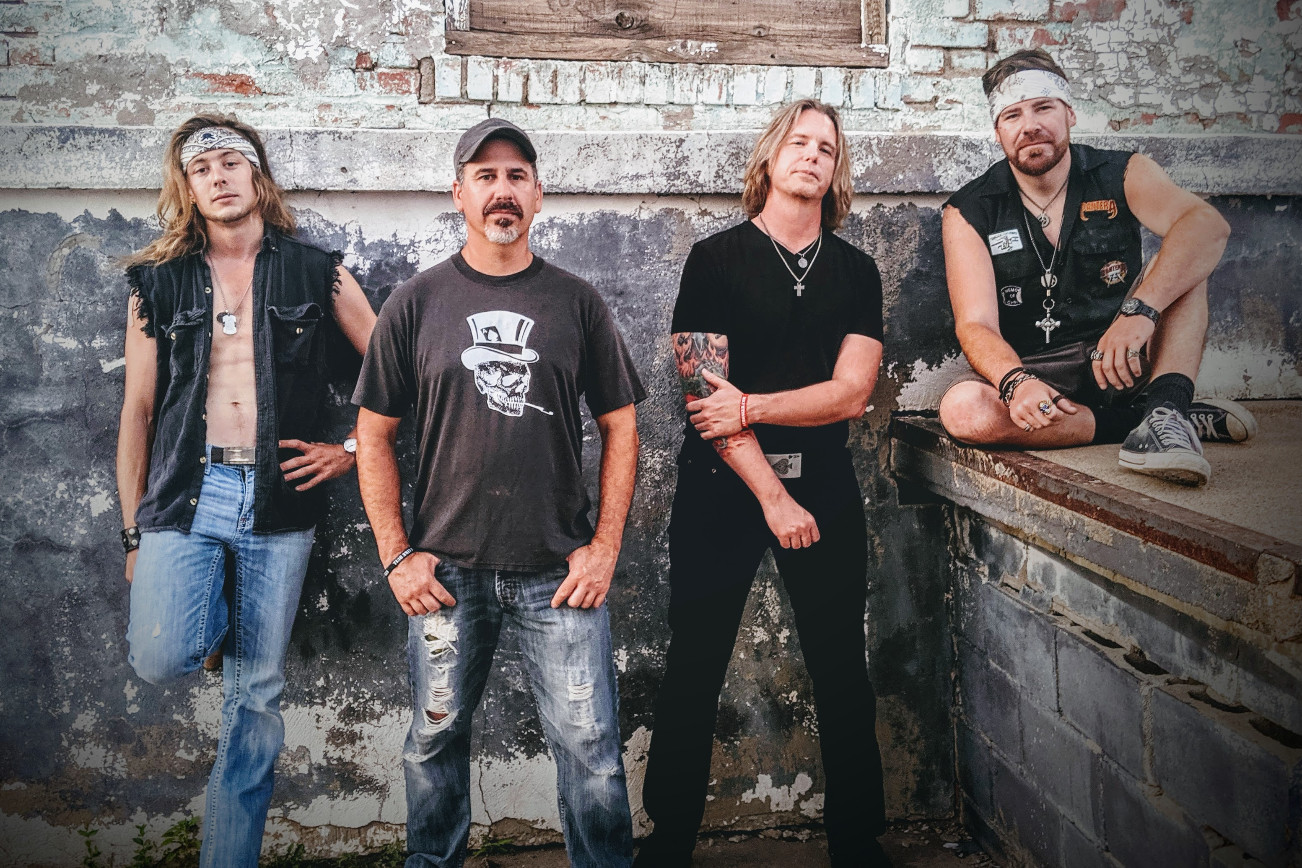 What a “Good Time” it is for the exclusive premiere of the brand new music video from roots rockers Strong Like Bull! That’s right, we’re back with even more Strong Like a Bull because some bands just deserve it, and this is one of them. We previously featured the premiere of the group’s “Live While You Can” music video back in the summer and we’re pleased to report that “Good Time” (stream/purchase here) is another riff rocker from a bunch of guys who probably would have fit in really well in the 1970s. Fans of Led Zeppelin, AC/DC, Jackyl, Buckcherry, Motley Crue, and Guns N Roses should take heed of the old school rock n’ roll so proudly exemplified by Strong Like Bull. These guys do all that and more just about as well as you possibly can without actually doing cover versions of the hits of the previously-mentioned pioneers.

Commenting on the riff rockin’ new single, Dave Gray said, “‘Good Time’ is our second single and a song that really shows our rural rock roots. It pulls several genres of rock together into one. There’s a stomp-clap rhythm from roots rock and early blues. A bit of country-rock/southern rock finds its way into the verses, too. When the heavier riff kicks in, it is inspired by the same groove. The warm, distorted harmonica tone should take you back to when songs like ‘When The Levee Breaks’ by Led Zeppelin and ‘The Wizard’ by Black Sabbath made it sound so cool. The guitar solo is half slide guitar and half straight-up rock. Once you hear the melody the song is built around, it will be a challenge to not find yourself humming it later in the day, too. ‘Good Time’ has been a fan favourite ever since we started playing it live, and has been getting some radio play in the US and UK. With Dirty Honey recently hitting #1 on the active rock chart, we know there is demand for more straight-up rock and roll. We’ve got a lot of unreleased music still coming. It’s an exciting time!”

It certainly is an exciting time indeed, so much so that we decided to speak with Gray himself for a few questions and answers on “Good Time,” the shooting process behind the music video, Led Zeppelin, and the awesomeness of the harmonica.

Check out the artwork for Strong Like Bull’s latest single “Good Time:” 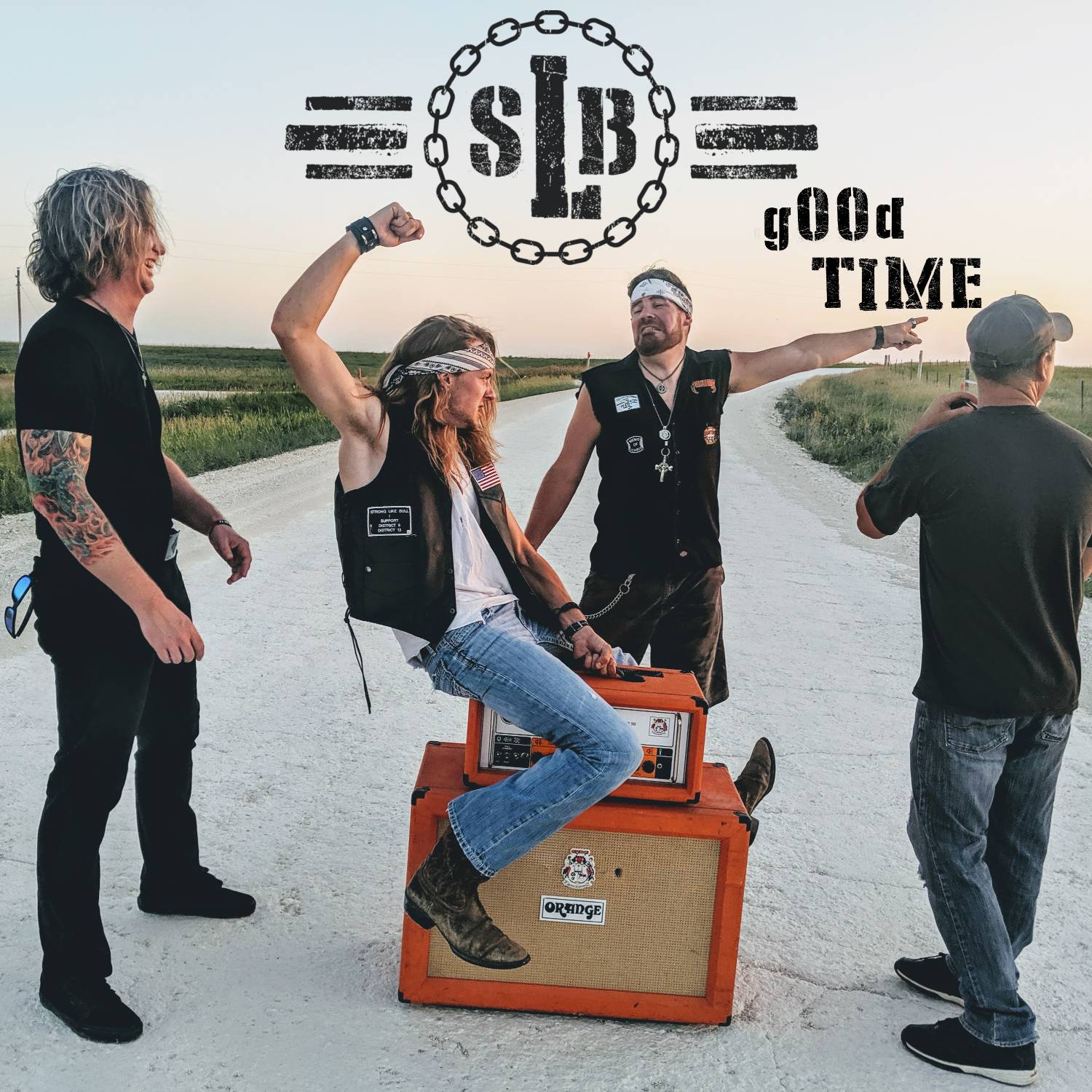 Being a performance video, the most obvious question, to begin with, is where and when did you shoot the video?

Dave Gray: “We shot the video in mid-August out at the Truan family farm. It’s where our guitarist, Nevin, grew up and where we still hold band practice, have a few shots of whiskey, and spread the word for a party every now and then.”

I like the straightforward, no-nonsense approach you took to the video, just being a full-on performance video with no bells or whistles. How many takes did it take to come up with the finished product?

Gray: “We worked with Alex Perez from SAP Productions on the video. We came up with the black and white concept together. I think Alex kept it simple and captured the vibe of the song well. It didn’t take us too many takes. Each take was an individual performance. We finished shooting in about three hours.”

Let’s talk about the song, which is an absolute crushing, old-fashioned rocker. The song sounds very natural to me, like it wasn’t a really long ordeal to bust out the finished product. Would you say this one came to you pretty quickly in terms of the writing process?

Gray: “Yes, it came very quick. It all started with the melody. I had just grabbed some morning coffee and was driving to work. The main melody along with the lyrics for the chorus and the first verse were in my head and stuck with me. By the end of the day, it was still stuck in my head. When I got home, I picked up an acoustic guitar and picked out the notes for the riffs.”

“Live While You Can” and check out Strong Like Bull’s debut video:

“Good Time” has a sort of swampy, down south vibe to it that’s reminiscent of old-time blues-rock. Were you listening to any particular bands or artists that directly inspired the writing of this tune?

Gray: “I’ve always really been into blues rock, and Jimmy Page is the reason I first picked up a guitar. I spend most of my performance time on vocals these days, but I’m still always playing guitar when writing songs. I’d say the main influence is just years of listening to Led Zep and Black Sabbath. I think it is more evident when the heavy riff kicks in because it has the big slow heavy groove like some Zep and Sabbath songs do. The verses have more of a country blues sound which Jimmy Page did explore some, but I also credit that sound to our rural roots right here in Kansas.”

The harmonica, unfortunately, I think has to some degree lost its prominence in modern rock n’ roll, even the more traditional rock like what you guys play. This song wouldn’t be what it is without the use of the harmonica. How did the idea come about to incorporate it into “Good Time?”

Gray: “I agree. I’ve been playing harmonica for a while now and usually dig songs that have it in there. It just seemed like a natural addition. Led Zeppelin has “When The Levee Breaks.” Sabbath has “The Wizard.” And there are so many other cool rock songs with harmonica from Brother Cane to Godsmack to Alice In Chains to my personal fave, Neil Young. And there are many, many more I didn’t name. I really like the distorted warm tone we got for “Good Time” during the recording. Also, this is a great time to give a shout out to our recording engineer and producer, Carter Green, at GreenJeans Studios. He knows exactly what I’m talking about when I’m talking tones.