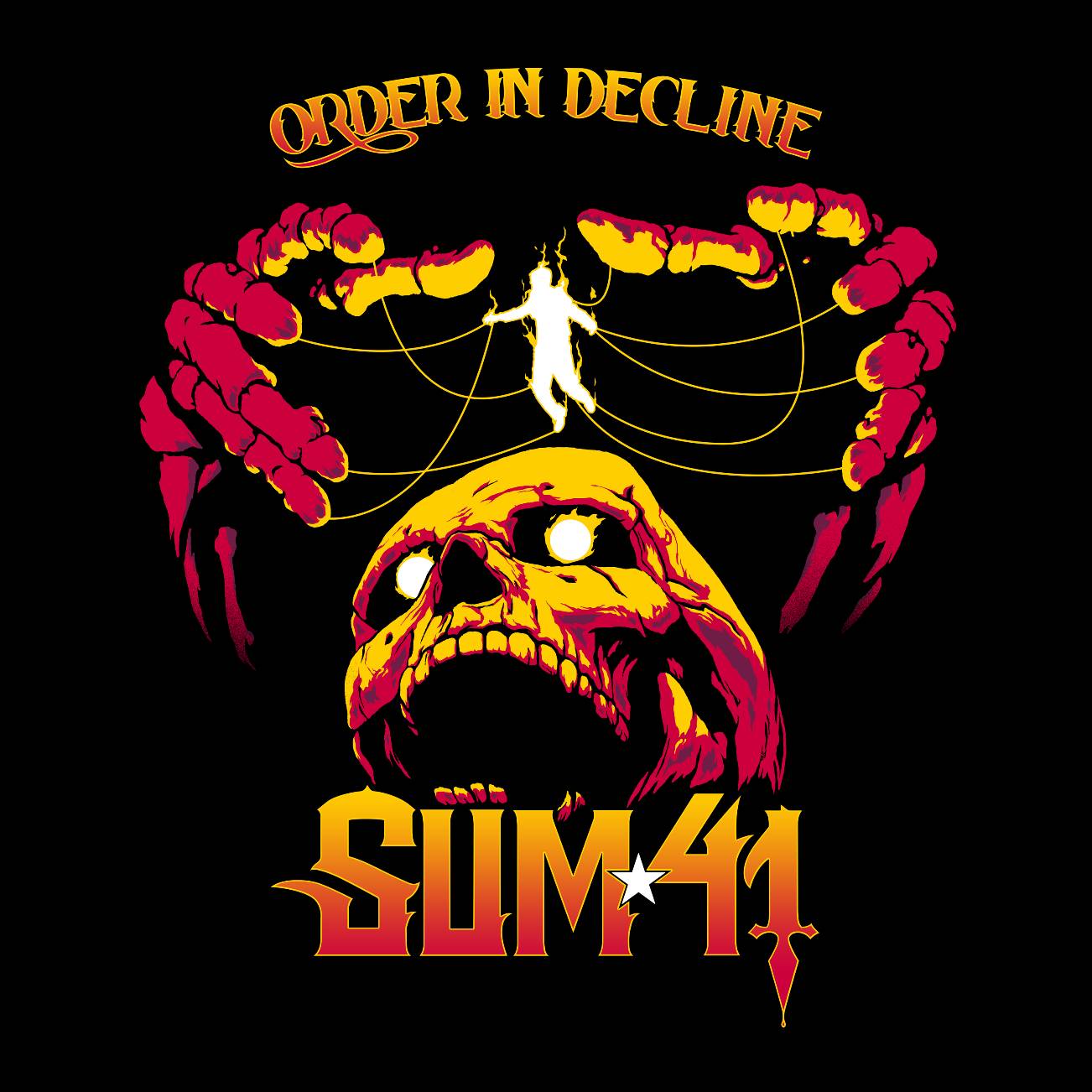 Canada’s Sum 41 have come long way since they blasted into the mainstream with their second album, 2001’s All Killer, No Filler (reminisce on Spotify here), and the wildly popular single, “Fat Lip.” It was pop-punk at its finest during the era when bands like Blink 182 were dominating the charts. Sadly, Sum 41 were unable to re-produce the success of this outstanding selection of tunes with any other subsequent release. Of course, that’s not to say these albums were bad; in fact, they all had their own identity and showed evolution from the group’s pop-puck roots to a more rock/metal orientated sound. With the group’s newest record, Order in Decline (check it out on the band’s website), that rock/metal-leaning sound is on full display amidst an effort that quite clearly highlights issues that anger the band.

The opening track, “Turning Away,” has a touch of rock, metal, punk and emo with vocalist Deryck Whibley (with whom we recently spoke; read our interview here) allowing his emotions to pour out as he highlights a sense of hopelessness that so many can relate to when the pressures of life become overwhelming. It also has a kick-ass guitar riff courtesy of lead axe-man Dave Baksh, which provides an effective juxtaposition to Whibley’s negative lyrics. “Out for Blood,” the band’s lead single, is where the evolution to a more metal style really shows with guitar riffs that are straight up, devil-horns-raised metal! It’s a fast-paced, headbanger’s ballad.

Check out Cosmo’s depressing rise to power in “45 (A Matter of Time).”

“45 (A Matter of Time)” is another fast-paced metal tune taking direct pot shots at America’s 45th president, the one (and thankfully) the only, Donald Trump. The politically-driven song is catchy and really demonstrates how Sum 41 has grown as a band over the last eighteen years. If you asked me back in 2001 if Sum 41 would take this approach musically, my response would be a straight up no, but here we are. Although a lot of this album has a very rock/metal vibe to it, Sum 41 do have a softer side that is demonstrated with the emotionally driven “Never There.” It is a tune that anyone who understands the pain of a broken family life will instantly relate to, and it is a song that really makes Order of Decline shine, proving that there is more to Whibley then meets the eye.

All in all, Order in Decline is a hugely enjoyable rock/metal – with hints of punk and emo – outing for Sum 41. It is far removed from the band’s early days, but, this is in no way a bad thing, as I am a strong believer that musical acts should allow themselves to evolve to avoid becoming stagnant and reproducing the same material over and over. It would be a welcome event should Sum 41 ever return to their pop-punk roots, but, for now, the approach they are currently taking works for them just fine. It may not have the impact that All Killer, No Filler had, but it really is a fine album in its own right.

See Whibley’s emotional side shine with the ballad “Never There.”