Religious ritual, occult practices and enigmatic musical themes typify what is one of the most engrossing releases in recent black metal, Shem Ha Mephorash, the fourth full-length by the Swedish outfit, Mephorash. (Grab a copy here.) Like the carefully observed ritual practices it evokes (some of which are gorgeously played out in the unnerving, yet thoroughly watchable video for “Sanguinem”), this record is not something to be approached lightly. Instead, clear your mind – and your schedule, the album tops 73 minutes runtime – take some deep breaths and prepare yourself for a ride through incense-wreathed, blood-soaked esoteric music that teeters precariously between crushing, claustrophobic heaviness and crystalline melodic metal.

A word of caution, though – as the below video amply demonstrates, this record is neither short, sweet nor easily digestible: rather, it is provocative, engaging and even a little frightening in its intensity. Or put another way, as near to a perfect black metal record as you could hope to encounter. The over-the-top theatrics and slow-burn builds are all perfectly in keeping with the intellectual and occult content, replete with blasting percussive work and razor-sharp Swedish guitar tone, making the mood they generate chilling and evocative, hinting at mysteries the uninitiated listener can only marvel at.

That said, for any listener with even the merest grounding in enochian, kabbalistic or other hermetic practices, though, it is a celebration of the 72-fold name given reverential, musical form. And just as magickal ceremony has its own ebb and flow, so too does Shem Ha Mephorash echo this, dynamically shifting from passages of searing vitriol to others of minimalist near-silent reflection and introspection.

Check out the (sadly) censored version of the “Sanguinem” video.

But on top of all this masterful application of brooding atmosphere, the extra mile Mephorash goes shows in their treatment of the entire album as a holistic entity – not just a collection of songs. Repeated elements – like the meditative singing bowls that regularly manifest – along with refrain-like snatches of melody that create a thread-like theme throughout the entire record. Then there are the two “Epitomy” tracks, “Bottomless Infinite” and “The Amrita of Vile Shapes” that, even when separated by the previously-mentioned “Sanguinem,” form one cohesive whole.

And it’s this mix-and-match process that really makes Shem Ha Mephorash such an interesting entity: even putting playback on shuffle creates a singular convincing result. While the given tracklisting may be the suggested listening order of the ritual, the component elements still make sense when re-ordered.

The linked melodic motifs and constant interplay between dark ambience and raging venom make Shem Ha Mephorash successful in any order of play – and, even more surprisingly, each individual track is a wonderful microcosm of the whole, too: “Relics of Elohim” and “777 Third Woe,” two of the faster-paced offerings on the album, still encapsulate all the restrained fury, tense observation of liturgic practice and ominous malevolence of the greater whole – just as album opener “King of Kings, Lord of Lords” reflects moments of the same all-consuming fire despite being a more sedate introduction to the masterful “Chant of Golgotha” that follows. 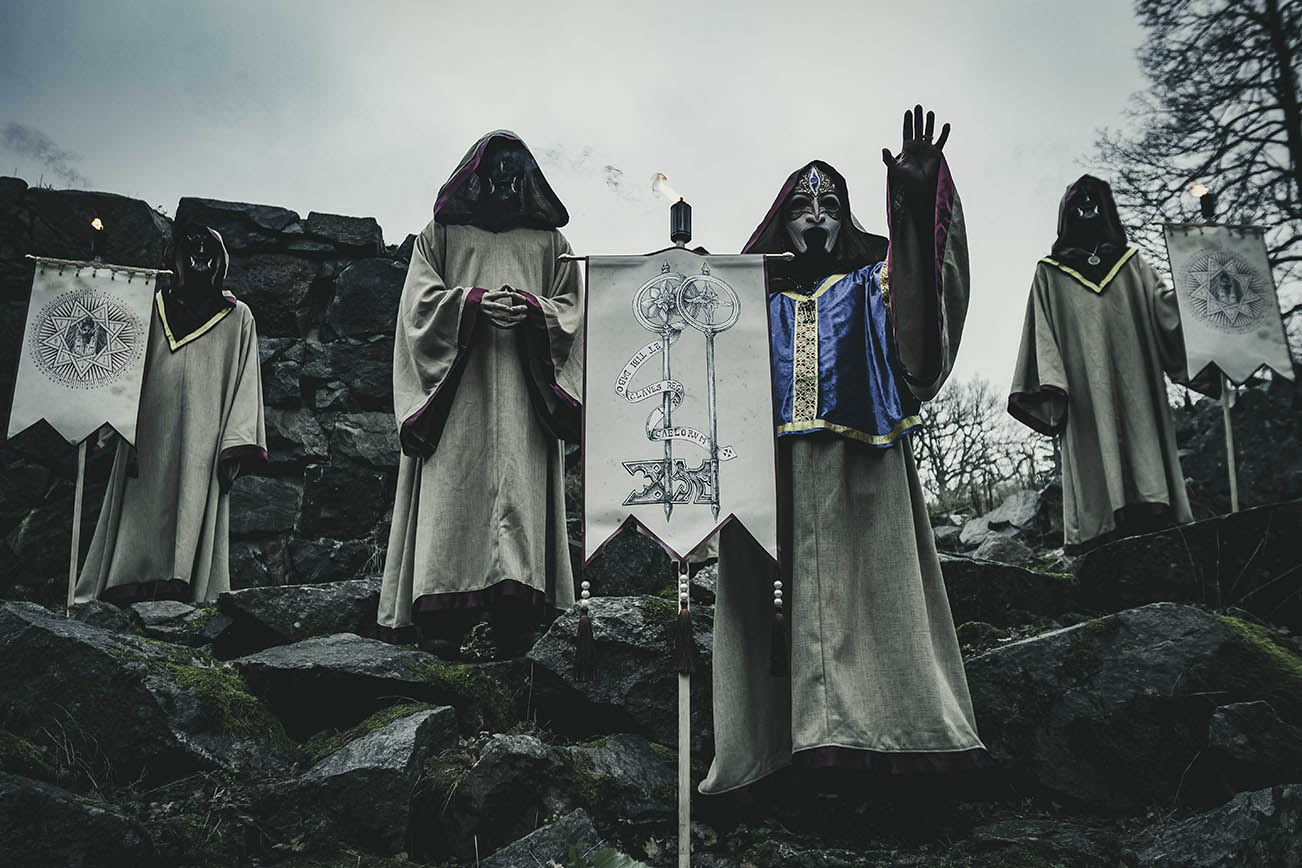 It’s not at all uncommon for black and extreme metal acts to embrace the ritual aspect and incorporate it into live performance: bands like Batushka and Cult of Fire thrive on the added dimension this gives their live shows, while on the other end of the spectrum, the fire-and-blood (literally!) orgiastic displays of the likes of Watain are equally successful at hammering home their message. But Mephorash achieve this on a recording; even without the accompanying visuals – either video or the album artwork – the themes are convincingly and eerily conveyed.

But then there is also that intricate artwork, courtesy of José Gabriel Alegría Sabogal, to consider. It’s intelligent and limited colour use perfectly complements the etching-style occult imagery and makes for a perfect visual complement to the music itself – equally engaging, nuanced and illustrative of deeper symbolism.

The net result of all of this is one of near-perfection. Imagine Behemoth’s much-lauded The Satanist, but with added subtlety, improved atmosphere and disquieting arrangements that never fully lull a listener, only provide temporary respite.

According to Mephorash, he was the “King of Kings, Lord of Lords.”