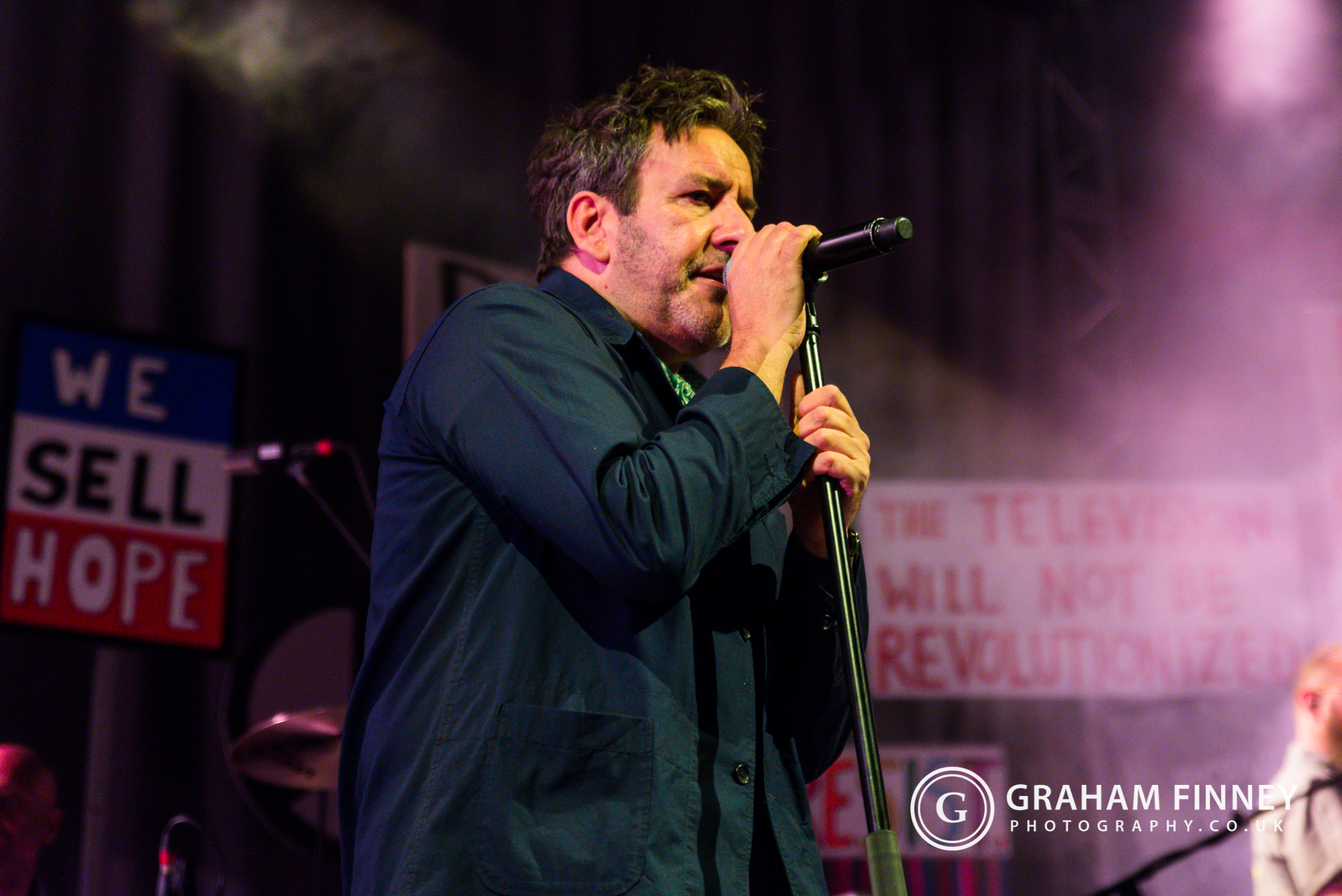 Forty years! Yes, you read that correctly. This tour is named the Encore: 40th Anniversary Tour and, quite frankly, by the end of their set, the twotone legends The Specials have put many younger bands to shame with the performance here in Leeds which is just one date of a hefty run of shows the band are undertaking.

Opening for the band are London three-piece The Tuts, a multi-cultural, all-female punk rock outfit who make sure that their set wakes up the early arrivers at the O2 Academy. Brash punk rock full of energy and plenty of attitude but, as they demonstrate with tracks like “Tut Tut Tut” possess the kind of hooks that quickly sink into your mind.

The Tuts want you to “Dump Your Boyfriend” and come and party with them instead:

As the time arrives for The Specials to make their entrance, there isn’t a spot in this venue that isn’t filled and this packed room makes some serious noise when the band arrive. Lynval, Terry and Horace and the rest of the band stride out in front of a back drop consisting of numerous placards daubed in social and political messages and the fun starts. Mixing ska with dub with reggae, The Specials are all smiles as they get this venue bouncing from front to back to tracks like “Rat Race” and “Friday Night, Saturday Night”. It’s a sight to behold but, quite honestly, you might want to check your pulse if you come to gig by The Specials are you aren’t moving.

You’d think that, after forty years, a band shouldn’t be enjoying a gig as much as The Specials seem to be enjoying this one but they are, although, looking around the bouncing venue, it’s hard to work out who is enjoying it more. Yes, the line-up might only feature three original members but, regardless of that small fact, The Specials still sound as relevant and as vital as they did four decades ago and there are certainly more than a few people in here who hope that they continue to do so for a long time to come.

The rest of Leeds turned into a “Ghost Town” when The Specials rolled into town: