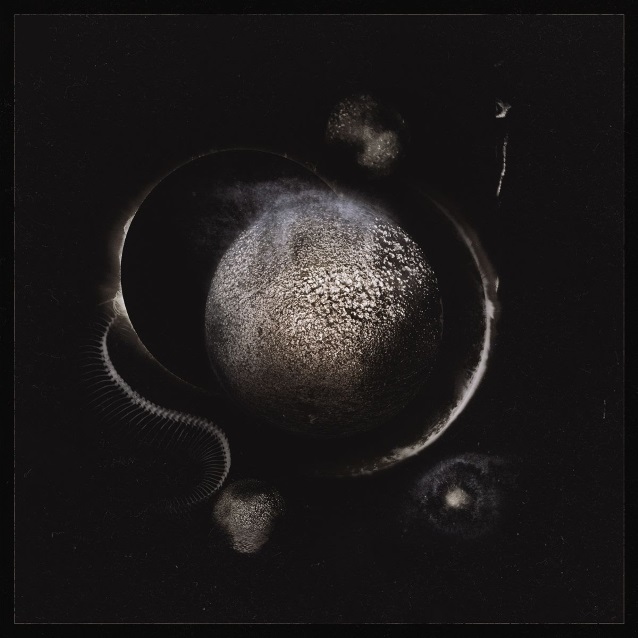 The best description I have for my experience of quality black metal is this: the music becomes a tempest, a swirling wall of fury around an eye of purest peace, a meditative centre inside which you, as the listener, are ensconced. This all-consuming ferocity rages around you, but you stand untouched, entirely at one with this violence yet paradoxically removed, too. The latest album from Belgium’s long-running Enthroned, Cold Black Suns (their eleventh full-length in an impressive 25 years), stands as a great example of this.

It also stands as an example of appropriate naming, too: while the album exhibits the searing solar fire of prior releases, this is tempered into a detached, isolated coldness – a slow, inescapable frostbite burn rather than a conflagration. From the very start, “Ophuisa” enforces this impression, although following cuts like “Hosanna Satana” and “Vapula Omega” do hint at the band’s fiery past with their last furnace presence. Despite its ferocity, this latter track is something of a departure for Enthroned, playing to more contemporary, almost post-black compositional devices (staccato stabs, tempo shifts and a greater range of vocal styles) than their traditional, no-holds-barred second-wave assault. The former, in contrast, borders on grindcore in its speed and viciousness, as seen in the official video below.

Experience the intensity that is the recently released music video for “Hosanna Satana.”

Conceptually, the album may be made up of nine vastly individual songs, but the whole speaks of different times and experiences of the human condition, all delivered in withering, scathing tones of ritualistic disdain for mortal and worldly trappings. The first single release, “Silent Redemption,” for example, speaks of death’s inevitability, taking as its central inspiration the zen teachings of Hakuin Ekaku and his koan practices that question the very core of existence. The song itself is extremely well-placed as the first single, with the catchiest hook on the album – the repeated “if you fear death, die now…” chorus – making it easily memorable. Based on this almost rock-n-roll sensibility, it becomes easy to favourably compare “Silent Redemption” to the likes of Satyricon’s “Now, Diabolical”; although the pervasive chill and bleakness that characterises Cold Black Suns does set it apart as less of a guaranteed crowd-pleaser.

The embrace of death as a theme is continued on ““Aghoria,” another unexpected route for Enthroned, balancing the chanting of Hindi mantras with chilling atmosphere and a fast, yet textural rather than spotlighted, percussion section.

However, it is the album closer that really stands out, as if the entirety of Cold Black Suns was designed around building up to a big finish in the form of the album’s longest track, the impeccable “Son of Man”: the chorus of voices chanting “All hail, Lucifer… Hail!” that closes the record is transcendent occult black metal at its very finest, and a perfect illustration of the very experience I described at the beginning of this review. Vocalist Nornagest (in our recent interview) himself describes the song as a visionary one, wherein he sees Lucifer incarnated as the lightbringer, with the populations of the world assembled before him finally recognising him as the source of wisdom and freedom in the world – not as something so pedestrian as the Christian devil. It also presents a perfect opportunity for crowd interaction, and the launch party for the album at Belgium’s long-running annual black metal festival in Kuurne, ThroneFest, should see this hypothesis well tested.

Taken from Cold Black Suns, “Silent Redemption” is sure to be one of the standout tracks on the album.

In its entirety, Cold Black Suns is an unforgettable piece of black metal art, fusing savagery with frozen beauty – but it is also a selection of nine very separate songs that can each stand on their own as near-perfect examples of the craft Enthroned have been honing for a quarter of a century.