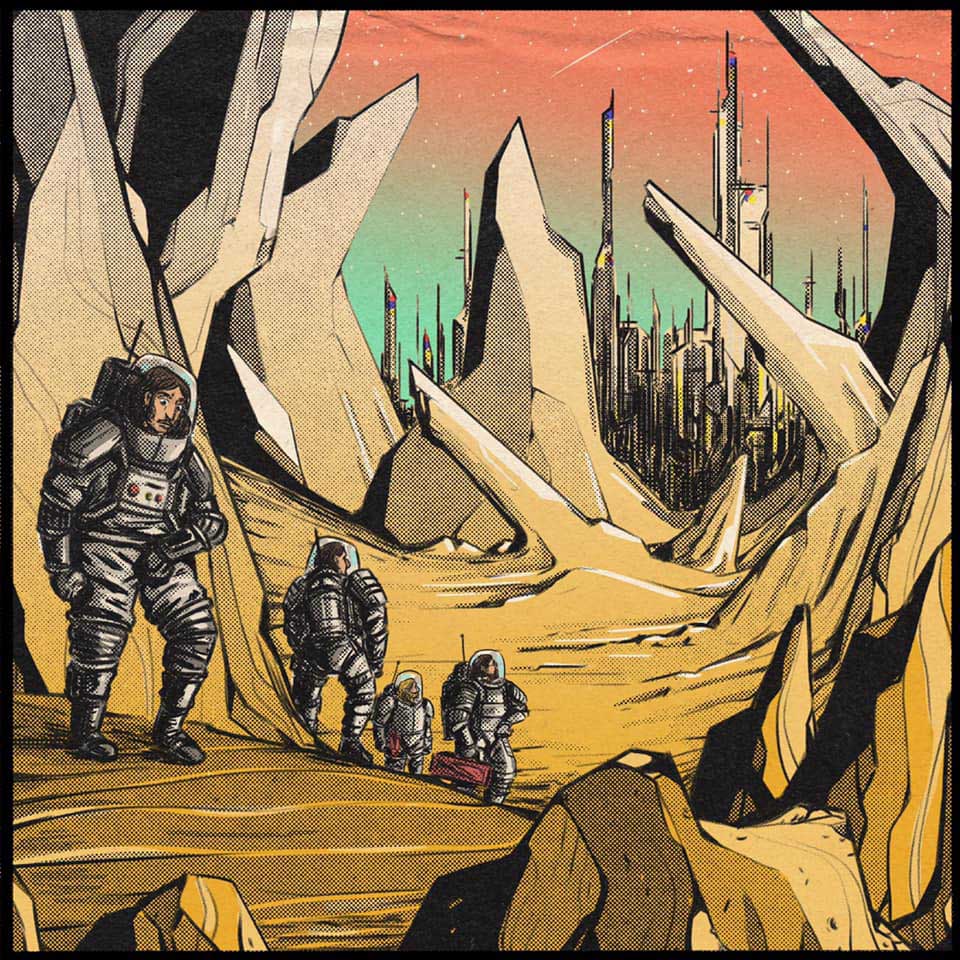 Based in Burlington, ON, progressive rock band Wooly Mantis are preparing to release their debut EP, The Cosmic Venture Pt. 1, to the world but, before that, they have left us with a teaser: the title track, “Cosmic Venture” (stream here on Spotify). Led by guitarist/singer Daniel Walton and drummer/vocalist Matthew Woodcroft, the group have been gigging a ton and working towards honing their sound over the past few years. And, if this new song is a good indication of what to expect, then you can expect a whole lot.

Drawing influence from ‘60s and ‘70s rock, this single encompasses all you can ask for in a tune from that era; it’s an absolute adventure. The track opens with a soothing, hazy chorus and the lead riff and pulsating drums that follow take you to an entirely different level. The first verse is catchy as hell and the fully realized chorus absolutely rocks. From there, the band enters various sonics as it reaches a comedown in the vein of “Hotel California” at the halfway mark. As it fades and you think it’s all done, we are hit with a bombastic drum solo from Woodcroft, accompanied by lovely guitar wailing. There’s so much ground to cover that with each listen you’ll find something new.

It’s no secret that the musicianship Wooly Mantis has to offer is unlike most anything we’ve seen come out of the GTA in a while, and this new tune takes a big step towards cementing that fact. It’s a killer track and you’ve officially been notified; don’t sleep on this band!

Go on you own personal “Cosmic Venture” with Wooly Mantis.