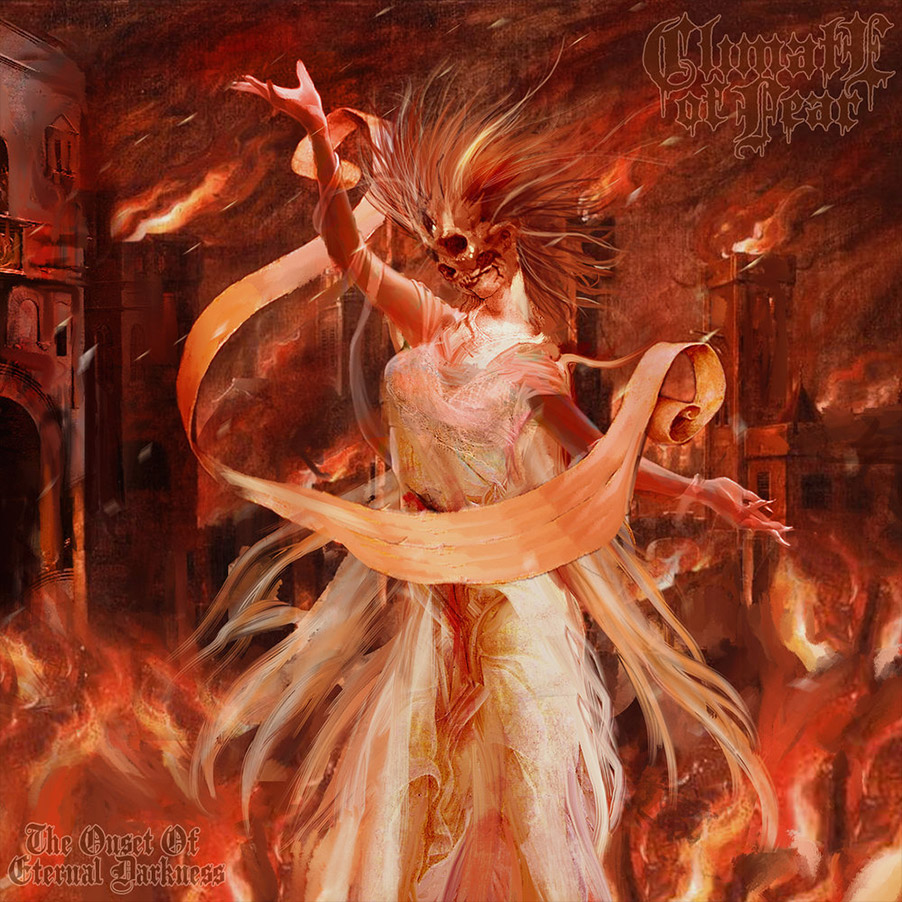 Climate Of Fear – “The Onset of Eternal Darkness” [Album Review]

In a recent feature with PureGrainAudio, we spoke to melodic metal bruisers Climate Of Fear about six of the bands that have inspired their sound. Listening to their debut offering, The Onset Of Eternal Darkness, with some excitement it has to be said, it’s nice to see that the band have put those influences to good use.

Sitting nicely in that folder where you’re also likely to find melodic metal heavyweights like Carcass and At The Gates, The Onset of Eternal Darkness doesn’t pull any punches or leave you in any uncertainty as to what these boys are about. Then again, when your line-up comprising members of Cold Hard Truth and Desolated dishing out songs about anti-exploitation and environmental nihilism, this was never going to be a pretty listen. Right from the getgo, stacks of glorious Euro-inspired metal riffery fills the air as opener “Rapture” thuds into life. From there on in, it follows a similar pattern as, led from the front by the aggressive vocals of Paul Williams, this disc certainly lives up to everything it has been built up to be.

Of course, given that their inspirations are the likes of At The Gates and Lamb Of God then there isn’t anything on the album that will surprise anyone who has been subjected to the modern metal blueprint. However, as The Onset of Eternal Darkness pummels to it’s conclusion, it’s unfair to accuse these boys of aping a tattered metal blueprint. Instead, as the likes of the grinding “From Enslavement To Extinction” shows, it would be better to say the Brits brutally beat the blueprint to within an inch of its life.

To see how angry they are, check out the video for “From Enslavement to Extinction”: